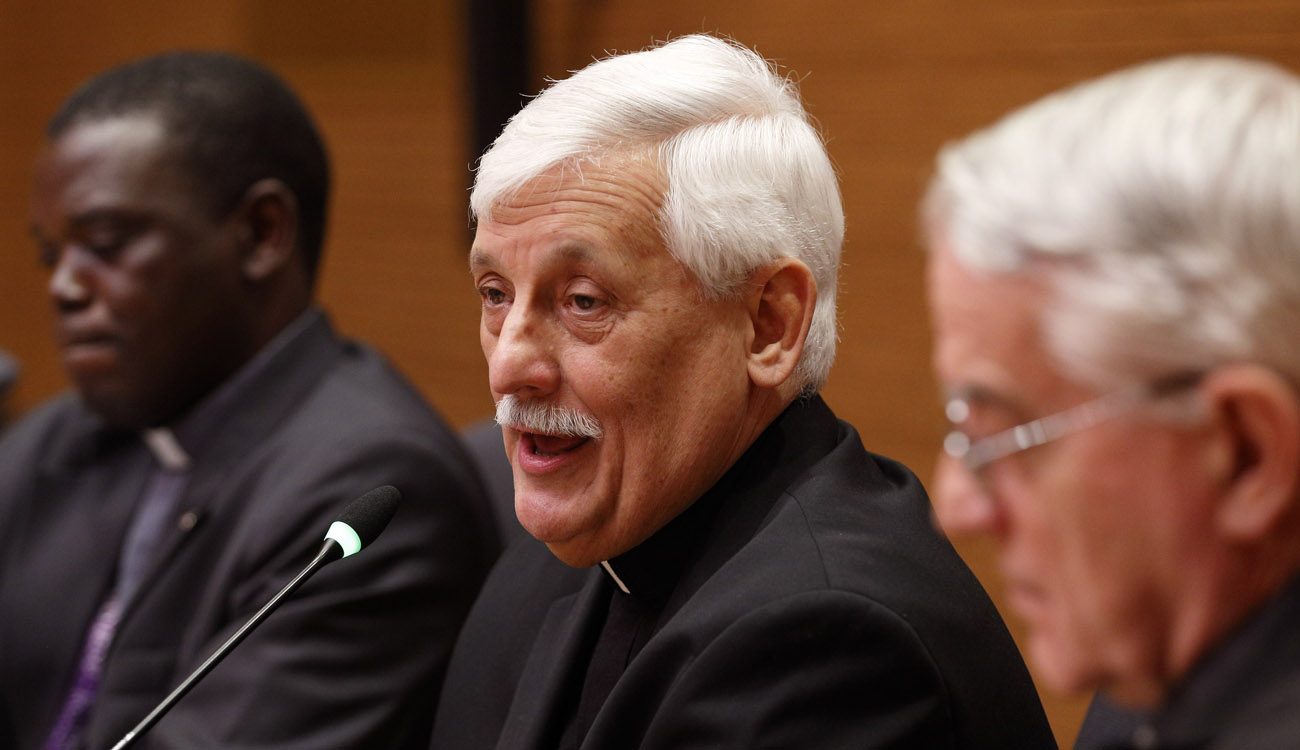 ROME (CNS) — Jesuits are called to face the challenges of today’s world and contribute toward “reconciliation among human beings and, at the same time, a reconciliation with God and creation,” the newly elected Jesuit superior general said.

“This is a great call to reconciliation. The kingdom of God cannot be present, cannot exist among us if we do not understand each other, if we do not recognize each other as people, if we do not try to have a situation in which the world can live in peace,” said Jesuit Father Arturo Sosa Abascal.

Holding his first meeting with the press Oct. 18, Father Sosa also said Christians should heed Pope Francis’ message on caring for the environment and reconciling with creation because “we are so wounded that we even put the planet Earth at risk.”

A member of the Jesuits’ Venezuelan province, Father Sosa was elected Oct. 14 after four days of prayer, silence and quiet one-on-one conversations among the 212 voting delegates gathered in Rome for the 36th General Congregation of the Society of Jesus.

Regarding his election, Father Sosa told journalists that while he was surprised, he was also “serene” and “grateful to the Lord.”

“I feel ready to respond with joy to the Spirit who, through the congregation, has called me unexpectedly to be the next superior general,” he said.

During his first Mass as superior general Oct. 15, Father Sosa reflected on seeking to do not only the improbable but the impossible because nothing is impossible to God.

When asked to explain, Father Sosa said that to seek the impossible is “a Christian mission” and “a way of expressing one’s faith.”

For example, if someone were to analyze the current situation in the world, he said, “the world would seem to be getting worse and he or she can become pessimistic.”

Countries like Father Sosa’s native Venezuela, which is facing the worst economic crisis in its history, have adopted economic and political models “that cannot sustain the needs of the people,” he said.

In Venezuela, he added, not only should the government of President Nicolas Maduro and the opposition work together, but the church also must continue to give “its important contribution to the common good.”

While other problems such as war, violence, drug and human trafficking may seem insurmountable, he said, Jesuits are called to make known to the world that the “impossible is possible” not only through spiritual formation but also through their service as educators.

The superior general, who has known Pope Francis since 1983, stressed that at the heart of the Jesuits’ mission is their link to the papacy and their willingness to obey him in choosing the priorities of their mission.

“If you are in any location, your temptation is to see that the most important thing is to work there. But there is somebody in the church that has that overview, and can say, ‘No, that is very important, but I need you in another part of the world,'” Father Sosa said.

“The idea is to be an organization — the Society of Jesus — that can help the church when, where and in doing what the church needs,” he said.