Pope: Church’s mission is to attract people to Christ, not proselytize 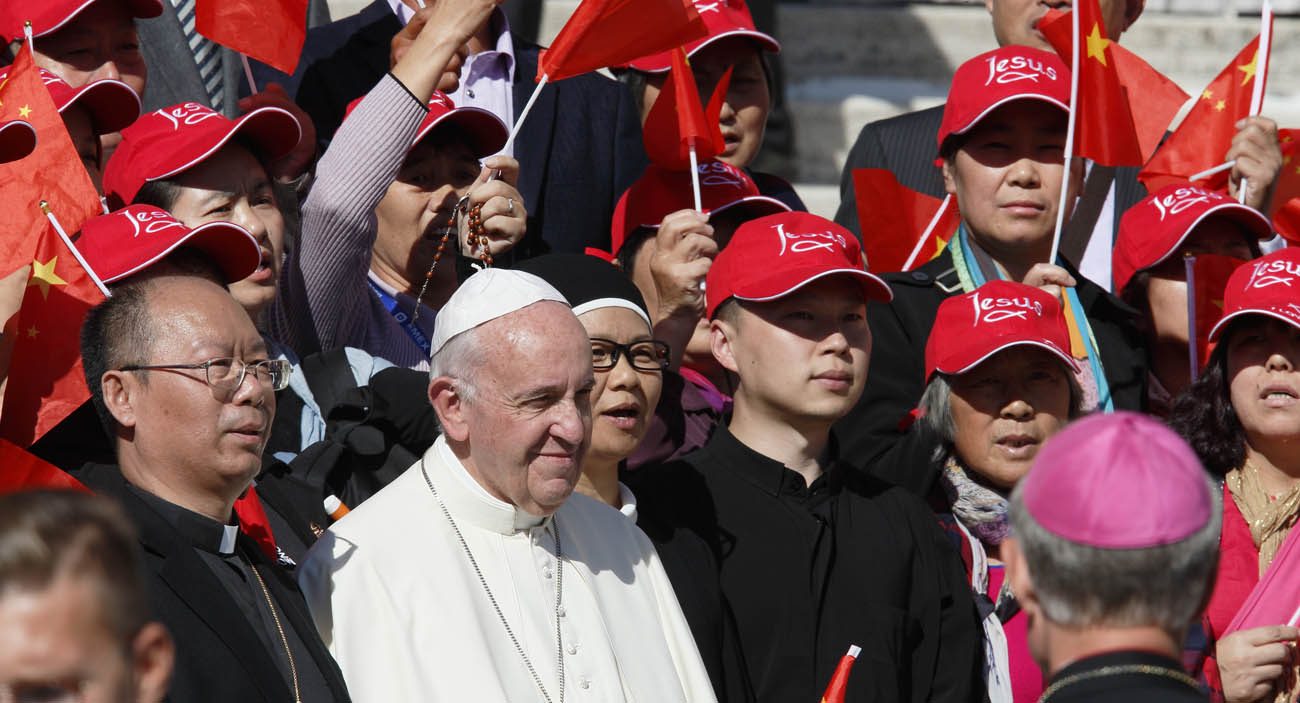 VATICAN CITY (CNS) — Christians are called to follow the example of St. Therese of Lisieux, who helped draw people to Jesus by way of attraction, not by proselytizing, Pope Francis said.

She was a reminder that an authentic witness is proclaimed through a union with Christ “in prayer, adoration and in concrete charity, which is serving Jesus, who is present in the least of our brothers and sisters,” he said Oct. 5 during his weekly general audience.

Among the estimated 25,000 in St. Peter’s Square were 33 former prisoners of the Auschwitz concentration camp, whom he greeted after the audience and posed for pictures.

Addressing the former prisoners and Polish pilgrims present, he said the day’s feast of St. Faustina Kowalska “reminded the world that God is rich in mercy and that his love is more powerful than death, than sin and every evil.”

In his main audience talk, Pope Francis reflected on his Sept. 30-Oct. 2 visit to Georgia and Azerbaijan, which, along with his visit in June to Armenia, fulfilled his desire to encourage the Catholic communities in the Caucasus region, he said.

Recalling the Oct. 1 Mass in Tbilisi celebrating the feast of St. Therese, the patroness of the missions, the pope said, “This is what the religious men and women I met in Tbilisi do, as well as in Baku: They do it with prayer and charitable works. I encouraged them to be steadfast in the faith with memory, courage and hope.”

Although both countries celebrated the 25th anniversary of their independence from the Soviet regime, they still “face numerous difficulties in different aspects of social life” and the Catholic Church, in collaboration with other churches and Christian communities are called to be “a sign of charity and human development, he said.

“In Georgia, this mission naturally passes through the collaboration with our Orthodox brothers and sisters, who form the vast majority of the populations,” the pope said.

Pope Francis said a “very important sign” of this collaboration was the presence of Orthodox Patriarch Ilia II at the airport upon his arrival as well as their meeting at Svetitskhoveli Cathedral, which houses the seamless tunic of Jesus, a garment the pope described as a “symbol of unity of the church.”

“This unity is supported by the blood of so many martyrs of different Christian confessions. Among the most tested are the Assyrian-Chaldeans in Tbilisi with whom I lived an intense moment of prayer for peace in Syria, Iraq and in the whole Middle East,” the pope said.

The witness of love and unity given by religious men and women as well as Christian families in Georgia was also witnessed in Azerbaijan. Although the majority of the population is Muslim, he said, they share a good relationship with the small Catholic community there and “maintain fraternal ties with Orthodox Christians.”

Pope Francis said the celebration of the Eucharist and the interreligious meeting in Baku were proof that “faith knows how to maintain the right relationship” between different faiths and expressed his hope that through this unity, the people of the Caucasus may “live in peace and mutual respect.”

The Eucharist is “where the spirit harmonizes different languages and gives the strength of witness” which creates communion in Christ and drives Christians to “seek an encounter and dialogue with all who believe in God, to build together a more just and fraternal world,” the pope said.

NEXT: Philippine bishops’ leader ‘in endless grief’ over drug war