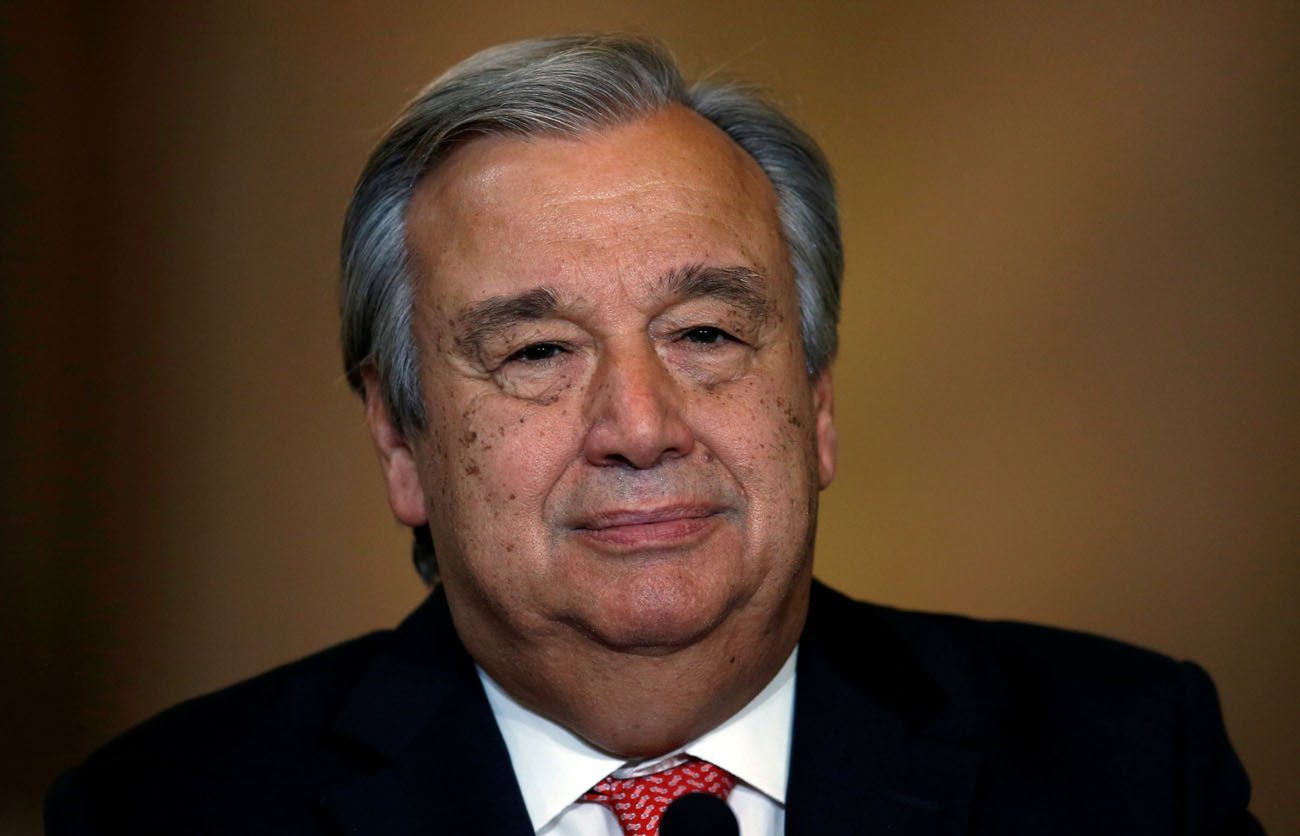 Former Portuguese prime minister Antonio Guterres speaks during an Oct. 6 news conference at Necessidades Palace in Lisbon after being nominated as United Nations secretary-general. The Portuguese Bishops Conference praised Guterres for his "deep sense of humanity and faith" after his nomination. (CNS photo/Rafael Marchante, Reuters)

SAO PAULO (CNS) — The Portuguese Bishops Conference praised former Portuguese prime minister Antonio Guterres for his “deep sense of humanity and faith” after he was nominated as United Nations secretary-general.

“We hope he can face with courage, dialogue and resolutions all the great challenges on the world agenda today, always seeking peace, peaceful resolutions and the development of friendly relations among nations, as stated at the beginning of the United Nations Charter,” the bishops said in an Oct. 6 statement.

The U.N. General Assembly is expected to meet next week to approve Guterres’ five-year appointment. He will succeed Secretary-General Ban Ki-moon of South Korea early next year.

A member of Portugal’s Socialist Party and a fervent Catholic, Guterres, 67, was one of the founders of the Franciscan-backed Grupo da Luz (Light Group) in the early 1970s while still a college student in Lisbon. The group worked with poor people living in Portugal’s capital. Among his colleagues within the group was Marcelo Rebelo de Sousa, Portugal’s current president.

“The United Nations now has a unique opportunity to rethink, to revise, and to reform its service toward the international community,” Rebelo de Sousa told journalists while waiting to speak to the U.N. in early October about his friend.

Guterres served as Portugal’s prime minister from 1995 to 2002. In 2005, after leaving the Portuguese government, Guterres led the U.N. refugee agency for 10 years until he stepped down in December.

Quoting Pope Francis, bishops’ spokesman Father Manuel Barbosa said he hoped Guterres in conjunction with the world body could render effective service to humanity that is respectful of diversity and capable of bringing out the best in each person for the sake of the common good.