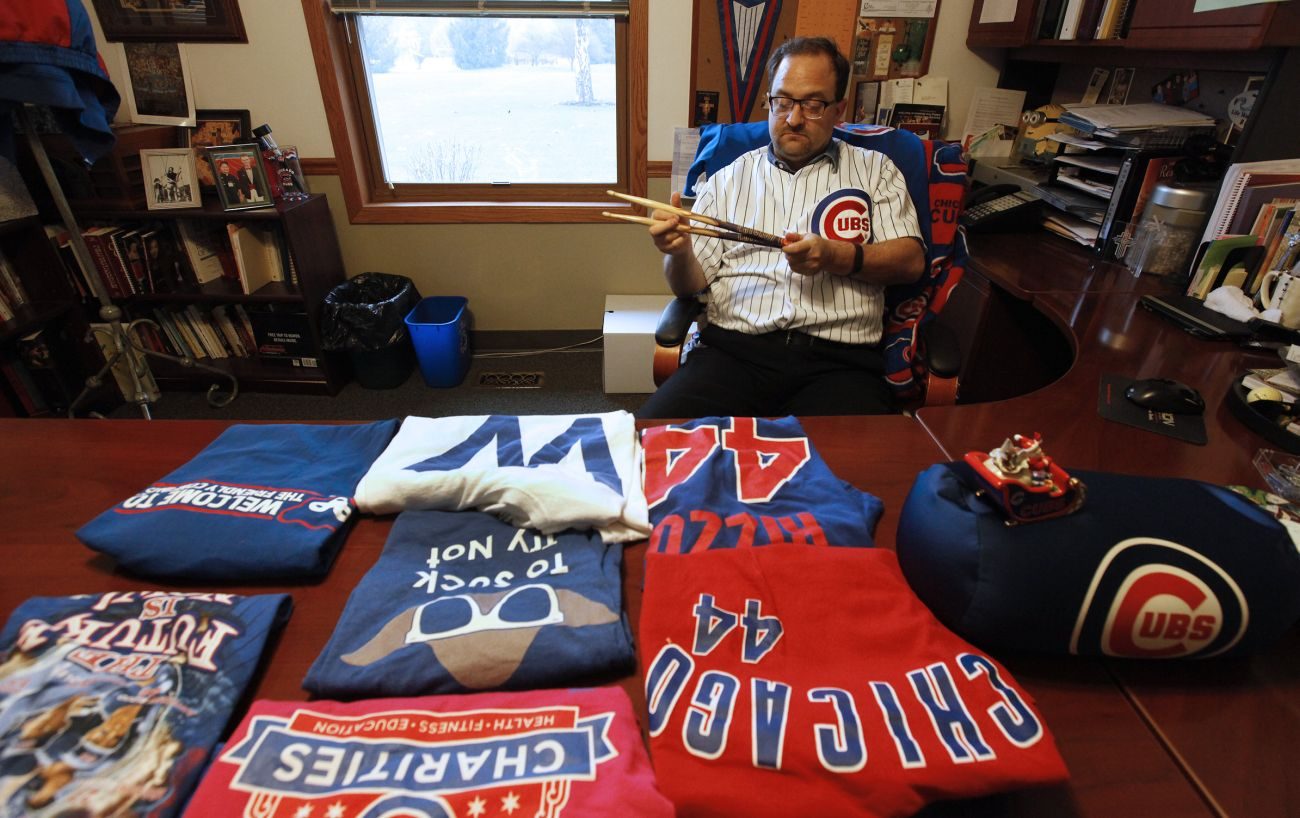 CHICAGO (CNS) — Both Fathers Michael Novick and John Clemens are lifelong fans of the Chicago Cubs, and with the rest of Chicago, they are celebrating the Cubs winning the World Series and breaking the famous and dreaded 108-year curse.

“I think that they’re a bunch of kids who are not in love with themselves. They’re a team that plays as a team and they have a spirit that they aren’t going to quit no matter what,” said Father Clemens, pastor of Our Lady of Hope in Rosemont. “They’re a real joy to watch.”

“It’s just amazing how talented these young guys are, how much fun they have and how well they play together,” he told the Catholic New World, newspaper of the Chicago Archdiocese. “I can’t say enough about (manager) Joe Maddon and his leadership, his ability to motivate and know what each guy needs to be the best he can be. He was born and raised Catholic, went to Catholic school.

“You can see how the faith informs the way he relates with everybody, not just the players. He treats everybody with respect,” he added.

The whole city is celebrating and it’s not just the living. At All Saints Cemetery in Des Plaines, the Cubs white flag with the blue “W” for “win” can be seen on various grave markers along with championship pennants. 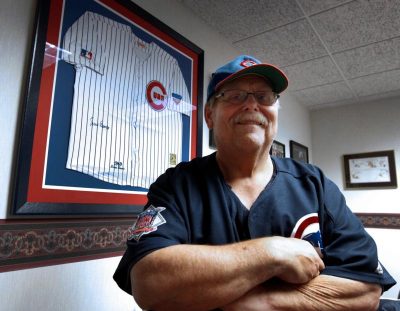 Even though the Cubs are the North Side team and the White Sox are the South Side team, geography doesn’t always prove allegiance to a team. Father Novick, who is pastor of St. Laurence O’Toole in Matteson, grew up in Midlothian, a Southwest suburb of the city. While he went to White Sox games because they gave out tickets to schools for good grades or attendance, TV made him a Cubs fan.

Until last year, WGN, a local Chicago station, broadcast all of the Cubs games.

Like many young men, Father Novick grew up wanting to play for the Cubs. “I had three passions in life — baseball, my faith and music, and not necessarily in that order. When it came to baseball, these guys (the Cubs) were much more where I wanted to be rather than at Comiskey (the White Sox’s park).”

“My mother used to go to most Ladies’ Day games and she just dragged me along,” recalled the priest, who grew up on the city’s North Side.

Like many passionate sports fans, there’s a simple reason for Father Clemens’ affection for the team.

“I always feel like once it’s in your blood, you can’t get rid of it. It’s a disease that can’t be cured,” he said.

Rather than priests’ traditional black clerics and white collar, Father Clemens’ frequent uniform is a Cubs jersey. He often even wears it to archdiocesan events.

His favorite team is from 1969, which had Ernie Banks, Billy Williams and Don Kessinger. “They were the heroes when I was a kid,” Father Clemens said. “Most of the time they’ve just been lovable losers. I just love going to the games. I love Wrigley Field. It’s a place where I really relax and just have a good time.”

His devotion to the Cubs is on display in his office at the parish where a jersey signed by Banks hangs on the wall alongside a bat and ball also signed by Banks. And he has a photo signed by Ryne Sandberg. A jersey signed by current Cub Anthony Rizzo hangs in plastic nearby. Most of his memorabilia was either won at charity auctions or given to him as gifts. Some other items in his collection include a Cubs-themed nutcracker and a stuffed Cubs bear.

But Father Clemens shows that faith takes priority over sports — over the ball and bat signed by Banks is a shelf with religious items.

It’s much the same in Father Novick’s office. Cubs shirts, pennants and other memorabilia are on display alongside photos of popes and statues of saints.

In a city with two major league teams — one in the National League and one the American League — a common question people are asked is: “Are you a Cubs or a Sox fan?” Fathers Novick and Clemens agree that allegiance doesn’t count in the World Series. If a Chicago team makes it there, they are all in for support.

The late Chicago Cardinal Francis E. George also was a lifelong follower of the Cubs and grew up on the city’s North Side attending games like many children of his generation when tickets were much cheaper than today.

Father Clemens shared the backstory on a photo of Cardinal George attending a Cubs game at Wrigley Field in 1998 where he wore a baseball hat backwards on his head. After seeing the photo in the news, Father Clemens asked the cardinal if he was being “cool” by wearing his hat that way. Not at all, the cardinal told him.

“He said, ‘That was self-defense. The Cubs gave me a red hat because I’m a cardinal.'” That day the Cubs were playing their archrivals, the St. Louis Cardinals, whose colors are red and white. “All of the people thought that he was a Cardinals’ fan and they were throwing peanuts at him and everything else. So he turned his hat around so they could see the big Cubs ‘C’ on that hat,” Father Clemens said. The cardinal’s tactics worked.

“They were cheering for him after they found out he was a Cub fan,” the priest said, laughing.

It has not always been easy being a Cub fans, Father Clemens explained.

“If suffering is a sign of being close to Christ, Cubs fans certainly understand suffering,” he said. “Also, when you look at faith, hope and love — a Cub fan has to first of all have faith that this is going to end one day. Hope that this is the year. And finally love, you have to love the team. You have to love it with the idea that even though they’re bad and they break your heart they’re still part of your life.”

But this year the Cubs are no longer “lovable losers.” They are world champions.

Duriga is editor of Catholic New World, newspaper of the Archdiocese of Chicago.

NEXT: Unlike World Series, prelates’ bet has winners in both cities