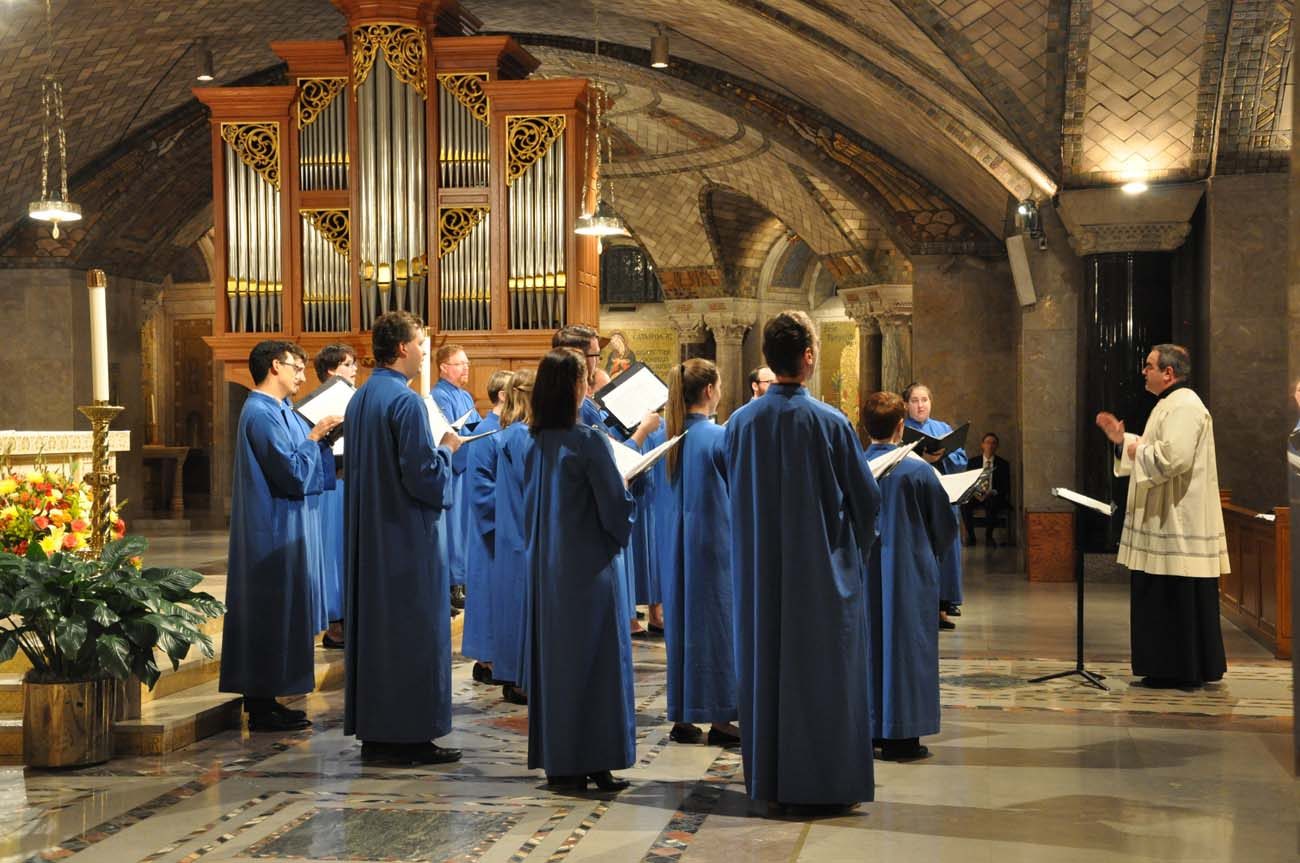 WASHINGTON (CNS) — The “power and beauty of music” in the context of the Mass “leads to the deepening and awakening of faith,” said Msgr. Walter Rossi, rector of the Basilica of the National Shrine of the Immaculate Conception in Washington.

He made the comments Nov. 19 before the national shrine’s choir performed a special concert in the Crypt Church to celebrate the founding of the choir in 1966.

Msgr. Rossi called the choir “an integral part of the mission of this national shrine.”

“The basilica … is a privileged place in which we, pilgrims on earth, experience the loving and saving presence of God,” he said. “It is here that pilgrims find a fruitful space away from daily distractions — where we can collect ourselves, gather our thoughts, and reacquire the spiritual health to embark upon the journey of faith with greater enthusiasm.”

Celebrating the Eucharist “is at the heart of the sacramental life of Mary’s shrine,” he said. “In the Eucharist, the Lord Jesus offers pilgrims the opportunity for the transformation of our entire being. Therefore, the dignity of the eucharistic celebration is of prime importance.”

“The power and beauty of music in the context of the Roman Catholic liturgy leads to the deepening and awakening of faith, and assists in our praise of him who is ineffably sublime,” Msgr. Rossi said. “It is through our praise that we, the faithful, progress on our pilgrimage to the world of the resurrection.”

In the choir’s 50 years, he said, “millions of people who have walked through the doors of this basilica have been spiritually nourished by musicians who have dedicated their time and talents.”

The original shrine choir was comprised of 40 voices and was known as the “Shrine Chorale.” Today, it is made up of 25 professional singers and has performed around the United States and abroad, for Pope Benedict XVI and Pope Francis, and released numerous recordings.

Masses and concerts have been broadcast worldwide and include regular collaboration with the Washington Symphonic Brass and the Orchestra of the 17th Century, which is a period-instrument ensemble, as well as members of the National Symphony Orchestra.

Msgr. Rossi praised past and current members of the choir and especially thanked Latona for his 15 years as music director. The priest said he is “a magnificent director who truly puts himself into his music.”

The rector also noted the choir recently performed a series of concerts in Rome and that following one of those concerts, “the comment was made that our choir ‘sounds like heaven.'”