‘Faith is touchstone of everything’ CRS does, says agency’s outgoing CEO 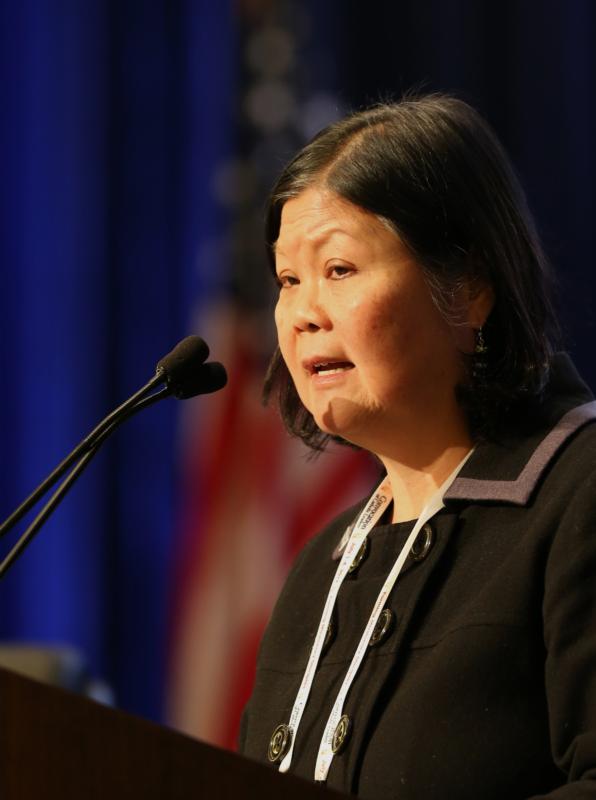 BALTIMORE (CNS) — Carolyn Woo, outgoing CEO of Catholic Relief Services, told the U.S. bishops Nov. 14 at their fall general assembly in Baltimore that her five years of leading the relief agency has been “an incredible journey and an honor.”

Woo, who is retiring at the end of the year, reminded the bishops that CRS, based in Baltimore, is very complex and very large. “We serve 100 million people in your name in 100 countries, in some of the most difficult places.”

Sean Callahan, CRS’ chief operating officer and a CRS employee for nearly 30 years, has been named to succeed Woo.

Woo stressed that CRS is not just about distributing aid but aims to provide solutions that will transform lives and continue after the agency leaves. CRS also must provide evidence that the work of the U.S. church’s overseas relief and development agency is successful.

“We are required to be “highly innovative and highly accountable,” she said, adding: “I don’t want you to underestimate what it takes behind the scenes.”

Woo, who has traveled around the world overseeing CRS’ 900 projects operating with a $900 million budget, said she believes the church has an intuition for building missions and service and added that “operations and finances are in our DNA, we just have to work it.”

She also emphasized that “faith is the touchstone of everything that we do” in serving many who are not Catholic around the world. “We serve people the best we can because we know God sent them to us. We evangelize only by our actions but also by our programs in the U.S.,” Woo said.

Describing her own faith journey at CRS, she told the bishops that evil and original sin had once been abstract to her but no longer were after she has stood in “the aftermath of genocide and destruction.” She cried at the podium recounting that she also has seen divisions and people unable to work together to find solutions.

She said she has often found herself in situations where she would ask: “God, where are you?”

“Inevitably, the answer would come back to me: ‘Well, you are there, your colleagues are there, the local people are there. Go to work.'”

In her five years with CRS, she said, she has seen people facing incredible suffering but she also has seen many people overcome great difficulties. “We are a resurrection people and I have seen people live that,” she said.

At the end of her final report to the bishops, she said she had a simple request for them.

“Whenever you are wondering what CRS is doing, I’d just like you to ask yourself the question differently. Please ask, ‘What are we doing?'”

The bishops gave her a standing ovation.

Archbishop Paul S. Coakley of Oklahoma City, who was ending his term as president of the board of CRS, but was elected to continue serving the next day, spoke for a few minutes after Woo’s report.

He stressed that CRS certainly is a Catholic institution despite claims to the contrary from bloggers. He noted that even during Woo’s report he received an email from the Lepanto Institute aiming to discredit CRS.

The Lepanto Institute describes itself on its website as “a research and education organization dedicated to the defense of the Catholic Church against assaults from without as well as from within.”

Archbishop Coakley urged the urged the bishops not to give credence to allegations questioning CRS’ Catholicism.

PREVIOUS: Archbishop Chaput’s remarks to CNS about ‘Amoris Laetitia’ and its implementation

NEXT: Bishop’s pastoral visit to inmates part of Year of Mercy outreach