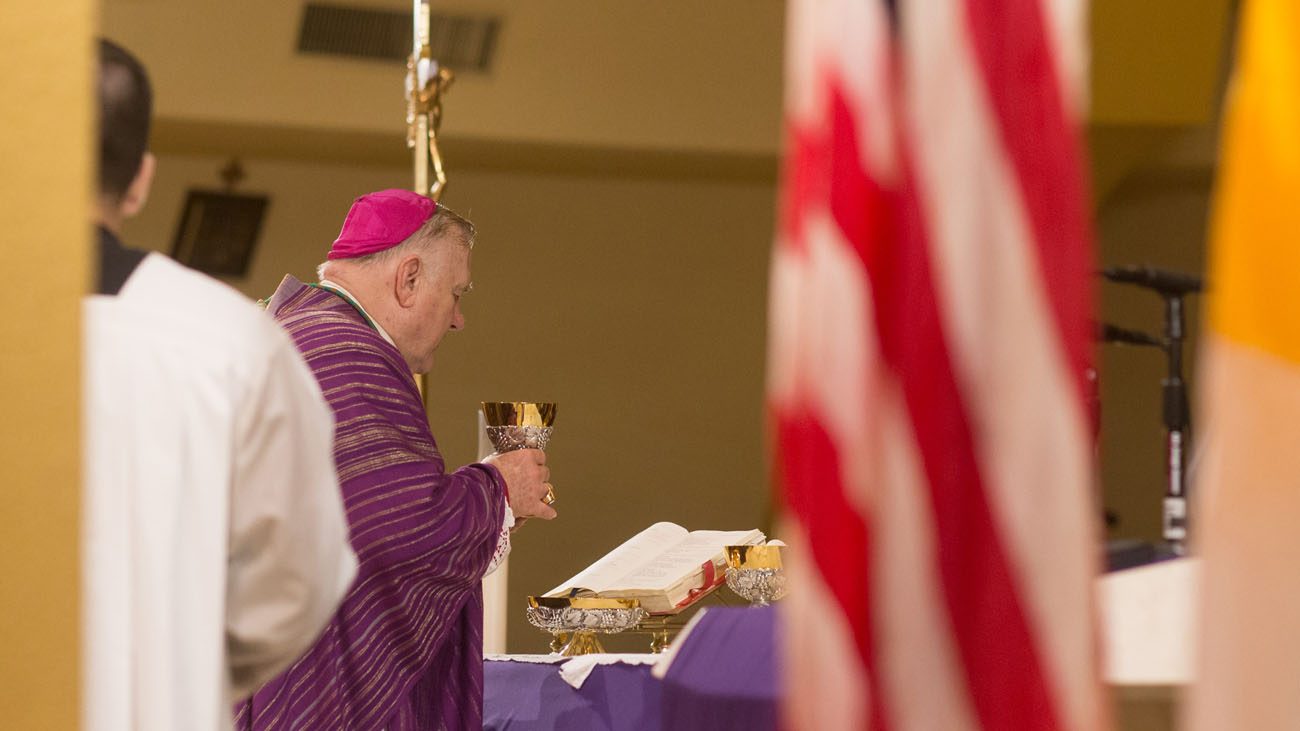 MIAMI (CNS) — On the day the news of Fidel Castro’s death spread, Archbishop Thomas G. Wenski of Miami was one of the first Catholic Church officials to respond early Nov. 26.

“Fidel Castro is dead,” he wrote in a statement. “The death of this figure should lead us to invoke the patroness of Cuba, the Virgin of Charity, calling for peace for Cuba and its people.”

Later that day at Ermita de la Caridad, a Miami shrine that honors Cuba’s patron Our Lady of Charity of El Cobre and one built, he said in his homily, “with the sacrifices of the (Cuban) exiles,” he focused on the suffering of Catholic Cuba and the news of Castro’s death. The 90-year-old former leader of Cuba reportedly died late at night Nov. 25.

“The Cuban people are a noble people, but also a people who suffer,” Archbishop Wenski said. “And now, on the eve of this first Sunday of Advent, to emphasize the words of Christ ‘at the hour you least expect, the Son of Man will come,’ we have learned that Fidel Castro has died.”

He continued: “Each human being, each of us, will die. We will all be judged one day. Today, it is his (Fidel Castro’s) turn. God’s judgment is merciful, but it doesn’t cease to be just.”

Archbishop Wenski asked those gathered to invoke Our Lady of Charity of El Cobre and ask for her intercession.

“She has accompanied the Cuban people for more than 400 years,” he said, including during the country’s battle for independence and she “suffered with the church when the Marxist obscurantism wounded and decimated (the church).”

She has been there in good times and in times of turmoil, in the Cuban prisons and in the agricultural “forced labor camps” the Cuban government operated, he said.

Referencing recent moments in the history of the island when Catholics hid their faith fearing persecution by a government and a society that looked down on religion, he said the Virgin was present in the prayer cards people hid in their dressers, as church members were “forced to survive by publicly denying their devotion.”

And Mary is there with those who, despite all the challenges they have faced, continue to pass on the gift of faith to their children and grandchildren on the island.

She remains on the island today, he said, and continues to lavish her motherly love “in prisons that still are not empty and in the midst of women who walk demanding freedom.”

Our Lady of Charity of El Cobre is present, Archbishop Wenski said, with those inside and outside Cuba, who “fight for respect for human dignity and to establish a future of freedom, justice and peace.”

NEXT: Catholic leaders call on Congress to increase humanitarian aid in budget