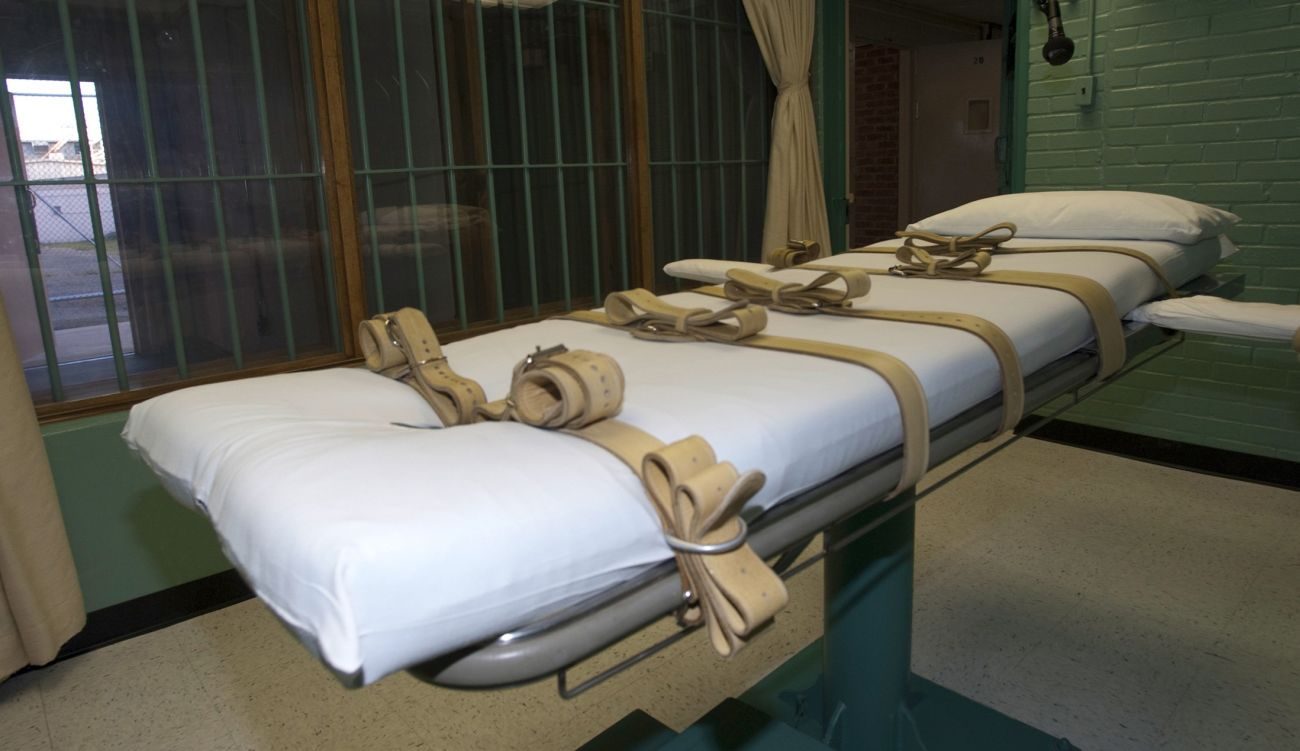 The death chamber table is seen in 2010 at the state penitentiary in Huntsville, Texas. The Supreme Court heard oral arguments Nov. 29 in the Texas death penalty case of Bobby James Moor,e who was sentenced to death for a 1980 murder. Moore's claims that he is intellectually disabled have been rejected by the state appeals court but his attorneys say the state used outdated standards in its decision. (CNS photo/courtesy Jenevieve Robbins, Texas Department of Criminal Justice handout via Reuters)

WASHINGTON (CNS) — In the second death penalty case before the Supreme Court this term, the justices were asked to consider if the state of Texas used accurate standards to measure intellectual ability to determine if a person can be executed.

The court has previously ruled that the execution of the intellectually disabled violates the Constitution’s ban on cruel and unusual punishment, but it has largely left it up to the states to implement the ruling.

Moore v. Texas examines how Bobby James Moore has remained on death row despite claims by his lawyers that he is intellectually disabled.

Texas uses its own criteria to evaluate the intellectual ability of death-row inmates, and that criteria, adopted in 1992, determined that Moore passed a test and could face the death penalty for a murder he committed in 1980 when he and two other men robbed a supermarket and fatally shot one of the store’s employees.

When he was 20, Moore was sentenced to death, and more than 30 years later, he was again sentenced to death, but a state trial court determined that he was intellectually disabled and couldn’t be executed. On appeal, the Texas Court of Criminal Appeals reversed the decision, stating that Moore had not established that he was intellectually disabled.

The justices seemed to be of mixed views on the use of the state standards.

Justice Anthony Kennedy noted that there is “a conflict” between the standards used by the state’s lower court and current medical standards.

Justice Elena Kagan questioned why the state would have a different opinion than a clinician about a person’s intellectual ability. Asking about the state’s system, she wondered why “you’re supposed to rely on what the neighbor said and what the teacher with absolutely no experience with respect to intellectual disabilities said,” instead of details a clinician would provide.

On the other side, Justice Samuel Alito asked if the criteria used by the lower court was really outdated.

“I don’t think there is a way to apply this kind of standard uniformly across the country, and therefore there will be disparities and uncertainties,” he said.

“There will be a bunch of easy cases,” he said. “And then there are going to be cases like your client, who has been on death row for 36 years. And there will be borderline cases. And the reason they’re borderline is because the testing is right at the border, like an IQ test.”

Scott Keller, solicitor general of Texas, who defended the state before the court, argued that the state’s standard for evaluating disability is actually based on medical standards, even if those standards are outdated.

In October, the court heard arguments in another death penalty case from Texas about the extent racial bias might have played in a 1995 sentence.

That case, Buck v. Stephens, hinges on the “claim of ineffective assistance” given to a convicted Texas murderer, Duane Buck, who was sentenced to die after an expert witness for the defense testified that Buck was more likely to commit violent crimes in the future because he is black.

If the eight-member court gives a 4-4 ruling on either case, the men will be executed since the lower courts and the appeals courts ruled against them and those decisions will stand. Rulings are expected next spring.

NEXT: For late actress Florence Henderson, Catholic faith was her foundation