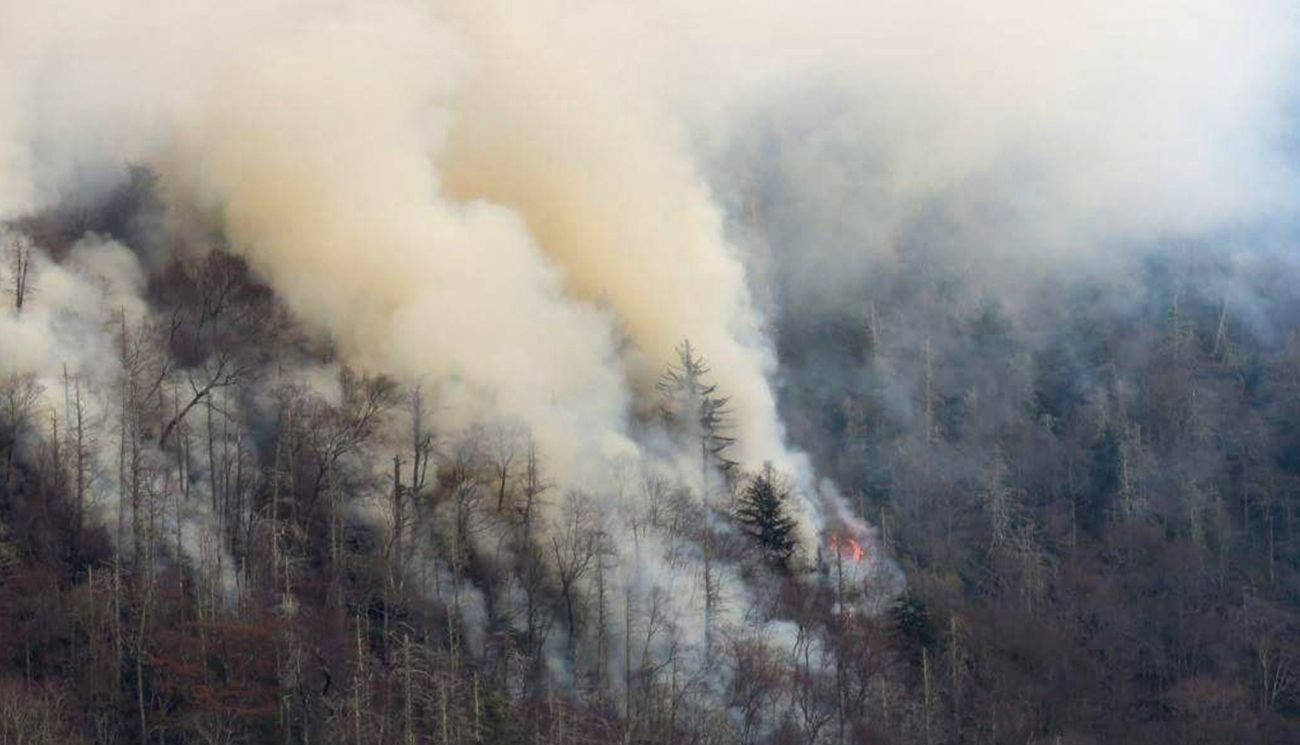 GATLINBURG, Tenn. (CNS) — Catholic parishioners in the Diocese of Knoxville are among those who have lost homes and businesses in the wildfires that ravaged tourist areas in the Great Smoky Mountains region Nov. 29, said Bishop Richard F. Stika of Knoxville.

News reports said the death toll from the fires had reached at least seven, with as many as 45 people suffering injuries. Two others died when a tornado swept through Tennessee the evening of Nov. 30.

AP reported that officials also have determined that at least 300 structures in Gatlinburg have been damaged or destroyed. Initial reports put the figure at 150 in the resort town. The blaze “left whole neighborhoods in ruins,” said Reuters.

More than 700 structures have been damaged or destroyed throughout Sevier County, which includes Gatlinburg.

“The Catholic community of east Tennessee continues to pray for those who have been affected by the terrible wildfires in Gatlinburg and other communities across the region,” Bishop Stika said. “We are grateful for all the men and women who bravely put themselves in harm’s way to protect people and property that were in danger.”

“I recognize that the good people of east Tennessee come together quickly in times of need. The Diocese of Knoxville shares that commitment,” he added.

Also late Nov. 30, the diocese received word that it appeared that St. Mary’s Catholic Church in Gatlinburg Gatlinburg suffered no fire damage. “The extent of any smoke or wind damage cannot be determined until officials reopen the roads into Gatlinburg,” a diocesan statement said.

Earlier that day, the diocese reported that the pastor, Father Antony Punnackal, had to evacuate but was safe.

Bishop Stika asked that all parishes and mission churches in the diocese hold a special collection at Masses the weekend of Dec. 3-4 to benefit victims of the fires in Gatlinburg and across the region. The diocese also set up an assistance fund for fire victims and was accepting donations online at http://tinyurl.com/j6gf2wd.

He reported that Mercy Sister Mary Christine Cremin, executive director of Catholic Charities of East Tennessee, was leading efforts to help many of the diocesan agency’s clients in Gatlinburg and Sevier County and anyone else in need of assistance.

“I ask that your prayers continue for all the victims and their families,” he said.

The twister that hit Tennessee was part of a storm system that spawned at least a dozen tornadoes that swept through parts of the South. The National Weather Service said parts of Alabama, Louisiana and Mississippi also were affected. Besides the confirmed fatalities in Tennessee, at least 30 people in Alabama reported injuries.