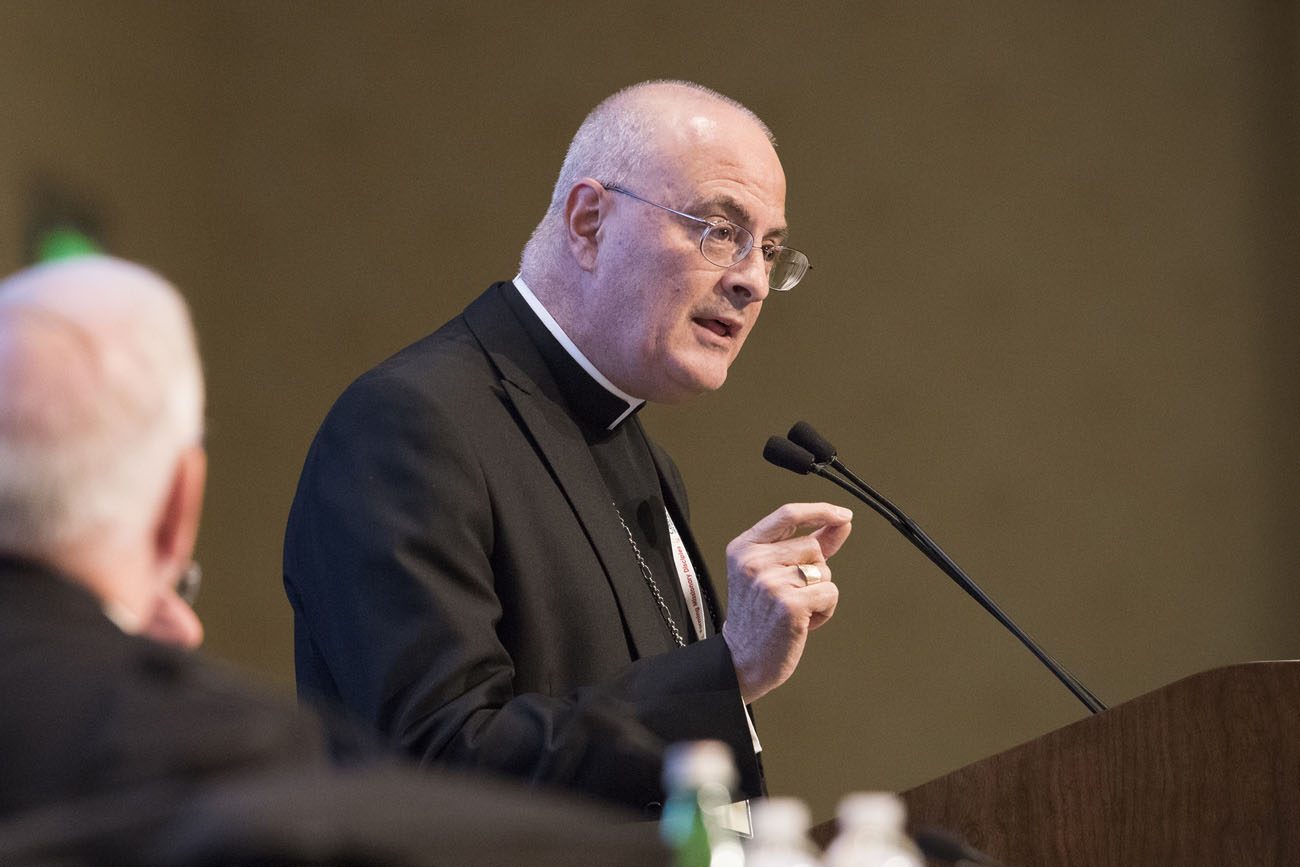 WASHINGTON (CNS) — The president of the U.S. Conference of Catholic Bishops appointed Maronite Bishop Gregory J. Mansour to be chairman of the board of directors of Catholic Relief Services, the U.S. bishops’ overseas relief and development agency.

Bishop Mansour heads the Eparchy of St. Maron in Brooklyn, New York. His appointment is for a three-year term. He succeeds Archbishop Paul S. Coakley of Oklahoma City, whose three-year term as chairman ended during the U.S. bishops’ annual fall general assembly, held Nov. 14-16 in Baltimore.

“Bishop Mansour’s long-standing service in every area of the work of CRS is completed by his pastoral concern for the humanitarian efforts of CRS in the Middle East and on behalf of persecuted Christians,” Cardinal Daniel N. DiNardo of Galveston-Houston, USCCB president, said in a Nov. 22 statement.

A CRS board member since 2012, Bishop Mansour has served on the Baltimore-based agency’s Overseas Operations and Audit committees as well as the Advisory Committee on Catholic Identity.

“I am at once humbled and honored to be able to lead an organization so committed to assisting our brothers and sisters in need wherever they live,” the bishop said. “Over the years, I’ve seen the great work done on behalf of Catholics in the United States to ease the suffering and improve the quality of life of millions of people living in extreme poverty or fleeing conflict around the world. It is truly an honor to be part of this great organization carrying out the Gospel.”

As a board member, Bishop Mansour has traveled to Lebanon and Jordan to witness firsthand the Syrian refugee crisis, and also to Egypt and El Salvador, where CRS works on programs on peacebuilding and for at-risk youth, respectively.

In a Nov. 15 presentation at the Baltimore assembly, Bishop Mansour called on his brother bishops to draw wider attention to the persecution of Christians in the Middle East.

In his statement, Cardinal DiNardo thanked Archbishop Coakley for “his tireless work as chairman of the CRS board over the past three years. His leadership, most particularly in those areas of assistance to those in regions of conflict and poverty, is deeply appreciated.”

Archbishop Coakley will remain on the board of CRS.

Carolyn Woo, president and CEO of CRS, said of Bishop Mansour: “I know everyone at CRS looks forward to his leadership as we work together to address a wide variety of challenges that affect so many members of God’s family.”

She also said she was grateful for Archbishop Coakley’s “leadership, guidance and support.”

“He unfailingly responded to all our inquiries promptly with valuable spiritual and practical wisdom,” Woo added. “He demonstrated enthusiasm for our work and affirmation for all our colleagues, particularly those at the front line.”

Bishop Mansour was named by St. John Paul II to head the Eparchy of St. Maron in January 2004. He was ordained in Lebanon by the Maronite patriarch, Cardinal Nasrallah P. Sfeir, in March 2004.

Born in Flint, Michigan, in 1955, he graduated from Western Michigan University in Kalamazoo, Michigan, with a bachelor’s degree in health education. He studied for the priesthood at Our Lady of Lebanon Maronite Seminary in Washington and was ordained to the priesthood in 1982.

Bishop Mansour also has a bachelor’s degree in theology from The Catholic University of America in Washington and a licentiate in spiritual theology from the Pontifical Gregorian University in Rome.

The Eparchy of St. Maron covers the District of Columbia and 16 Eastern states and includes 45 churches, a seminary and a convent. With more than 3.3 million members, the Maronite Catholic Church is one of the largest Eastern Catholic Churches in the world.

With the announcement of CRS’ new chairman also comes the election of three new board members, who will serve three-year terms beginning in January. Two are bishops chosen by the USCCB — Archbishop Jerome E. Listecki of Milwaukee and Bishop Gregory L. Parkes of Pensacola-Tallahassee, Florida. The third is a lay board member selected by the CRS board — Stephen A. Walsh, former chief investment officer of Western Asset Management Co.