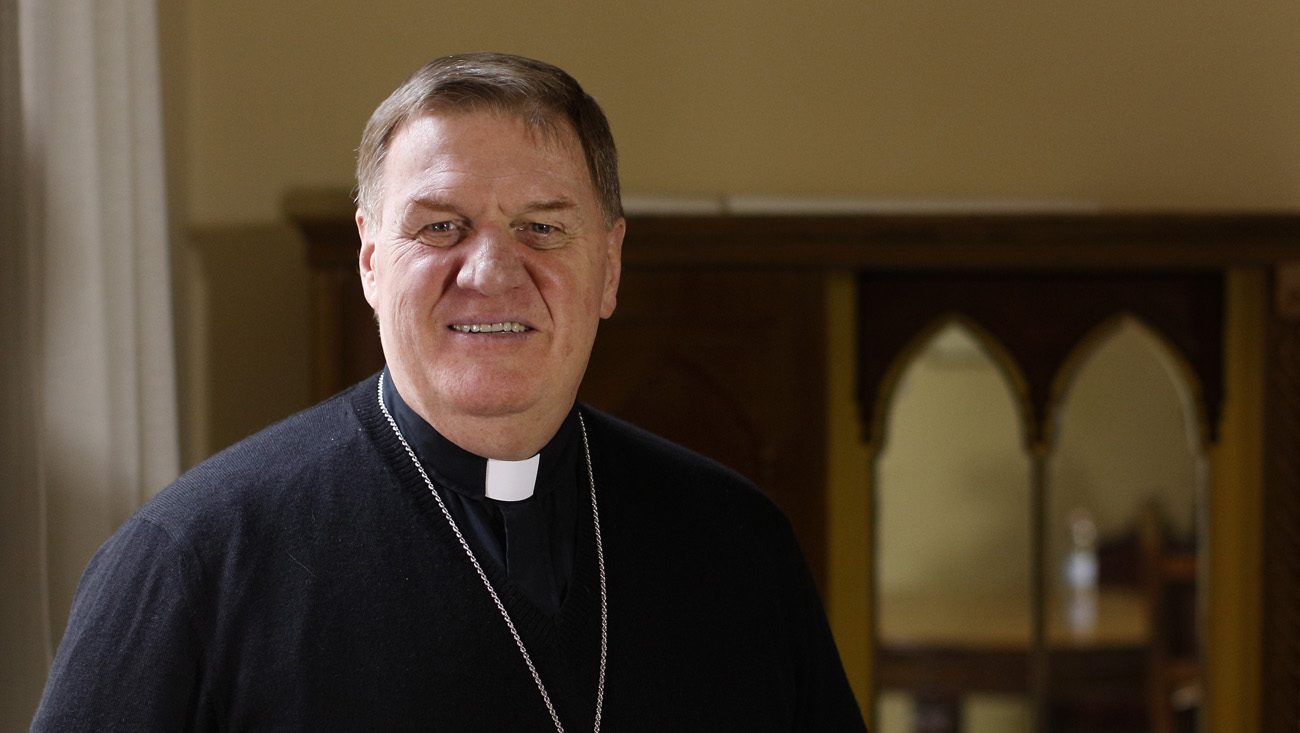 ROME (CNS) — Being created a cardinal in the Year of Mercy brings with it an obligation to continue to proclaim and share God’s mercy with others, said Cardinal-designate Joseph W. Tobin.

The current archbishop of Indianapolis, who will be installed as archbishop of Newark, New Jersey, in January, was to receive his red hat Nov. 19 and join Pope Francis for the closing of the Year of Mercy the next day.

The Year of Mercy, he said, “was such a wonderful gift” to the church and the world. “First, because it’s such an unmerciful world we live in and that lack of mercy is manifest in terrible ways each day. And, second, rightly or wrongly, the church in many areas was not seen as a sign of mercy, a sacrament of mercy.”

People across the Archdiocese of Indianapolis understood and celebrated the year, he said, but probably no group did so as intensely as the people in the dozen correctional facilities operating within the archdiocesan boundaries.

The prisoners, he said, “get it, probably because they know better than most that they have no claim on God’s mercy; they can only receive it.”

Cardinal-designate Tobin expects Pope Francis to close the Holy Door of St. Peter’s Basilica with a call to open oneself even more to God’s mercy and to sharing it with others.

“I think he will give us in chapter and verse our mission of continuing this mercy, because if we don’t, we cease to be the church,” he said.

In addition to receiving their mercy marching orders, the new cardinals will be named as members of a variety of Vatican congregations and councils. But traditionally their greatest responsibility is to participate in a conclave to elect a new pope.

“That’s something I hope to worry about much later,” he said. “I am so grateful to Pope Francis for a lot of reasons, and I think one of the principal reasons is he shows me how to be a bishop. I watch him. It’s like an apprentice who wants to be a great artist and you watch the person’s brush strokes and the colors they use.”

If the time comes for a conclave, “and I’m still on this earth and haven’t reached 80 years old” — the age at which cardinals are no longer eligible to enter a conclave — he said he would join the other cardinals in prayer to “understand the signs of the times in the light of faith and then ask, ‘Well, who would be the best one to lead the church?'”

“Each one of them brought a particular gift for that moment in history,” he said. “I am confident that if the conclave is open to the work of the Holy Spirit, then we’ll have the person.”

The “roller coaster” Cardinal-designate Tobin said he’s been on since the pope announced he was making him a cardinal made a brief stop at the Rome headquarters of the Redemptorists, the order he served as superior general for 12 years.

With his 93-year-old mother settled in Nov. 17 and 11 of his 12 siblings having just arrived or expected to arrive shortly, he spoke with Catholic News Service about being named a cardinal and, less than three weeks later, being named the new archbishop of Newark.

“It’s been more than a little bit disruptive,” he said. Being named a cardinal was “a shock,” he said, and being asked to leave Indianapolis “breaks my heart.”

“Neither one was on the radar screen at all,” the cardinal-designate said.

He entered the Redemptorists to be a missionary and go where he was sent. But, he said, that does not make it easy to leave people.

“Sometimes we religious say that on the day of our first profession we promise everything, but we really have nothing to give. It is only after a few years that you really have stuff to give,” he said. “I suppose it’s like marriage: the ‘I do’ the couple shares on their wedding day is important,” but it may not be as important as the “I do” they renew each day as the years go on.

Cardinal-designate Tobin tried on his red robe for the first time Nov. 16 and laughed with relief that while the tailors needed to hem it, “they didn’t have to let it out, which is always a good sign.”

NEXT: Pope, Iraqi-born Catholicos pray for an end to unjustifiable violence