Pope, Iraqi-born Catholicos pray for an end to unjustifiable violence 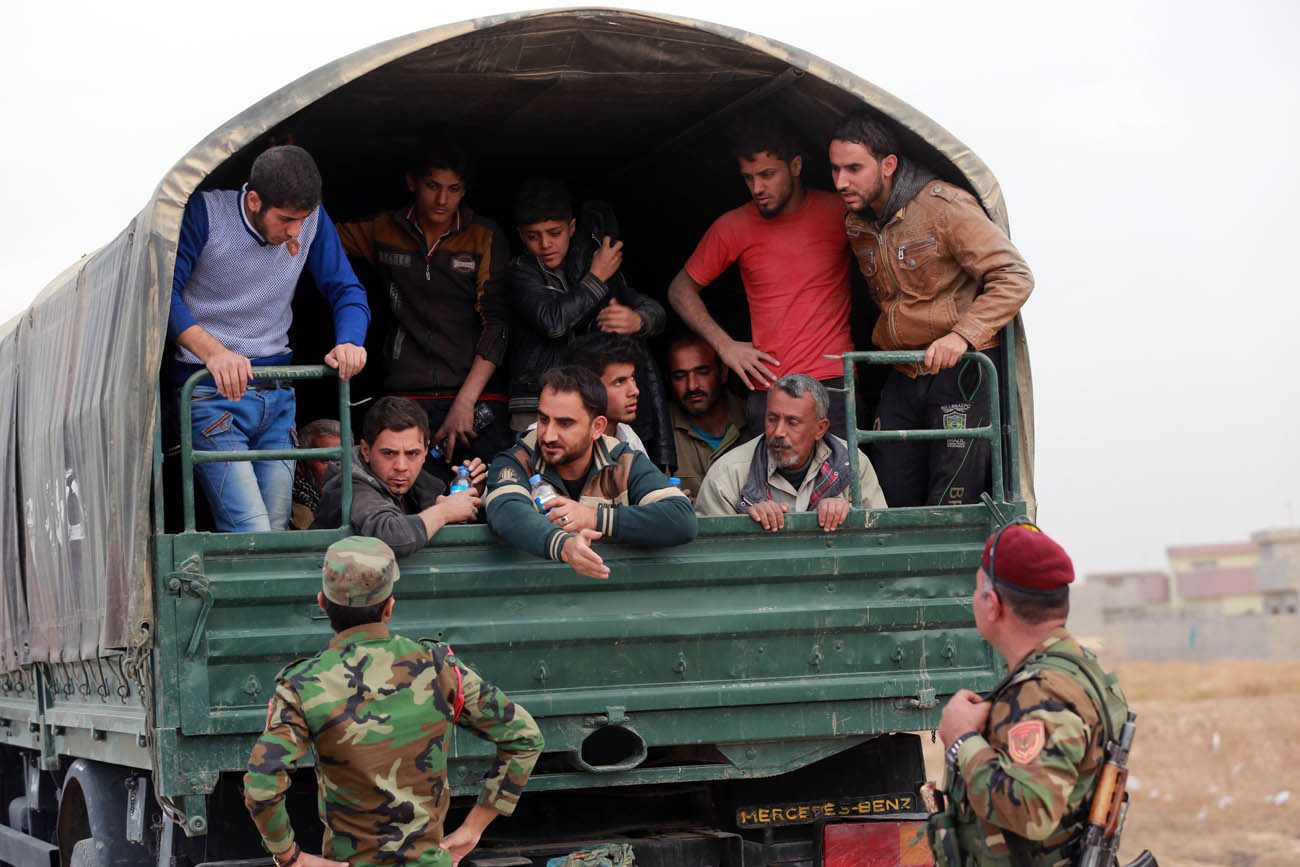 Displaced Iraqis are seen at a checkpoint in Bartilla, Iraq, Nov. 15. Pope Francis said Nov. 17 that nothing can justify or permit the continued onslaught in the Middle East. (CNS photo/Ahmed Jalil, EPA)

VATICAN CITY (CNS) — Nothing can justify or permit the continued onslaught in the Middle East, Pope Francis said.

Terrible violence that “no reason can justify or allow” continues to “wash over hundreds of thousands of innocent children, women and men,” he told Catholicos Gewargis III, patriarch of the Assyrian Church of the East.

The Iraqi-born, 74-year-old patriarch is leader of the church whose oldest communities are in Iraq, Iran, Syria and Lebanon. He told the pope that their meeting and prayer together Nov. 17 was a source of “spiritual joy and encouragement” to all Christians who are enduring so much pain and suffering in Iraq and Syria.

Lamenting the “difficult and terrible circumstances” that have forced so many people to flee or even lose their lives, Catholicos Gewargis recalled St. John Paul II’s tireless efforts to prevent a U.S. military intervention in Iraq, first in 1991 and again in 2003.

He told Pope Francis how much St. John Paul had done but still failed to stop the 1991 invasion, adding that the Polish pope had told him he had done everything in his power “to avoid this disaster,” but that “these politicians don’t understand us and we don’t understand them.”

The patriarch called for intensified prayers and collaboration among all Christians, including “serious discussion and rigorous studies to shed light on the current dilemma (facing) Christians in the Middle East.”

He proposed that there be an international gathering of all patriarchs and primates to assess “how and why similar unspeakable tragedies are taking place in the Middle Eastern region.”

Pope Francis called for an end to the suffering there, yet recognized the exemplary model offered by those Christians who choose to stay, follow in Christ’s footsteps and put all their trust in him no matter what.

NEXT: Pope asks business leaders to take a risk on using money for good