Bishops call for forgiveness among Sudanese factions to heal differences 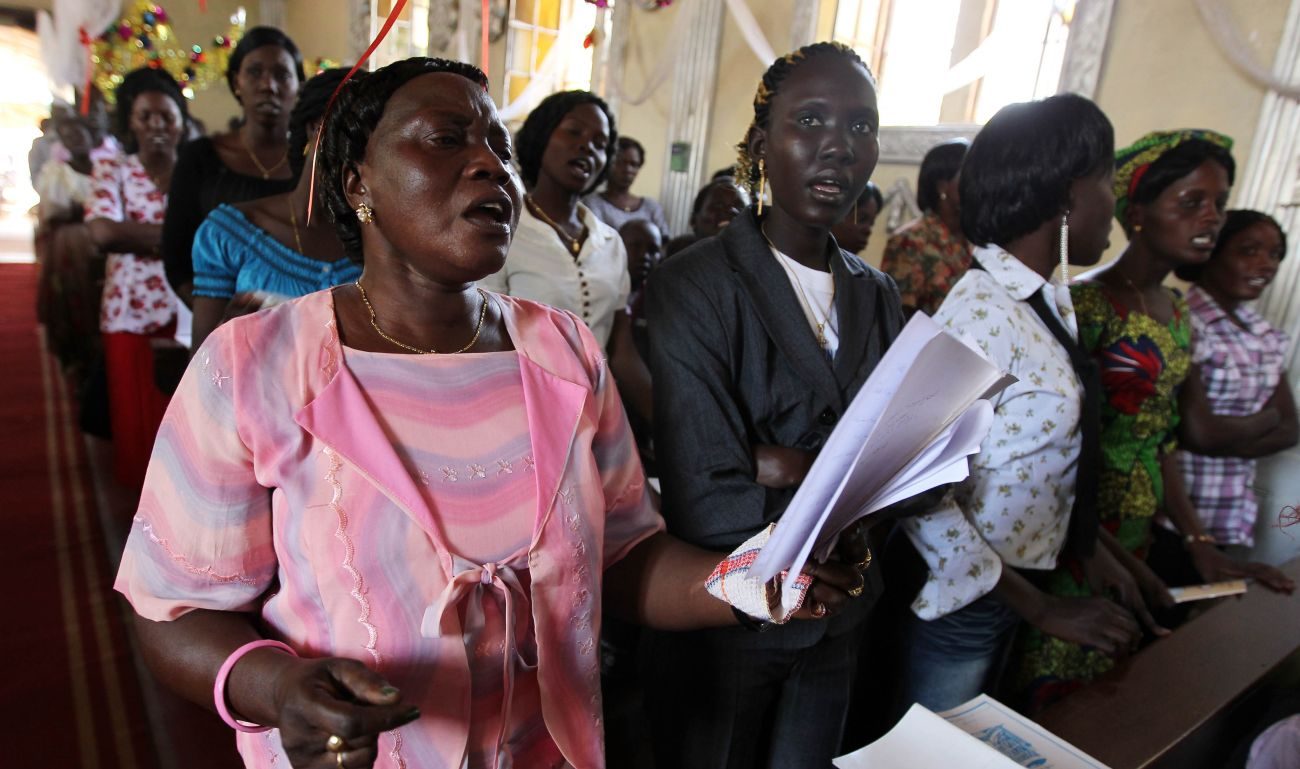 People pray in 2011 at a Catholic church in Juba, South Sudan. The Sudan Catholic Bishops' Conference, which includes the bishops of Sudan and South Sudan, said "there is nothing more needed than forgiveness" to heal the differences both countries have experienced for decades. (CNS photo/Mohamed Messra, EPA)

KHARTOUM, Sudan (CNS) — The bishops of two African nations wracked by years of war and cycles of violence called for forgiveness among the sparring factions so that the countries can move forward for the betterment of their people.

The Sudan Catholic Bishops’ Conference, which includes the bishops of Sudan and South Sudan, said “there is nothing more needed than forgiveness” to heal the differences both countries have experienced for decades.

“If we do not forgive and reconcile with one another, there may be no end to our ills in sight,” the bishops said in a late October statement issued as they concluded their regular plenary meeting.

The statement comes as Sudan continues its national dialogue to resolve differences among its political factions. The bishops urged South Sudanese officials to undertake a similar dialogue to achieve peace.

South Sudan became independent in 2011, but within three years, fighting broke out between forces loyal to President Salva Kiir and rebels allied with his former deputy, Riek Machar. The violence has claimed tens of thousands of lives and forced more than 2 million people to flee their homes in the African country.

Citing the conclusion of the Year of Mercy on the feast of Christ the King Nov. 20, the bishops said that during the last year of reflection, they have discovered “that mercy is inseparable from justice and mission.”

However, the bishops acknowledged, hardships such as hunger, instability, insecurity, mass displacement and economic challenges, have made life difficult for people of both nations.

“As pastors, we are greatly concerned and afflicted by these man-made hardships. How dare we wish the political leaderships of both countries take pity on the situation of their suffering people,” the bishops said.

They also acknowledged the work of church personnel, including priests, and the hardships and sacrifices they have experienced.

Meanwhile, the Southern Africa Catholic Bishops’ Conference urged church workers in South Sudan not to lose hope despite the difficulties they face in ministering to people affected by the violence.

“What saddens us most is that the present situation has caused unnecessary death of innocent people, displacement, and the general disruption of normal life,” said a statement issued Nov. 4 by the conference and signed by Archbishop Stephen Brislin of Cape Town, South Africa.

“We, the bishops’ conference and Catholics of Southern Africa, are convinced, despite the distressing South Sudanese situation, that hope, which is one of the gifts of the Holy Spirit, is something which we can’t afford to lose,” the statement said.