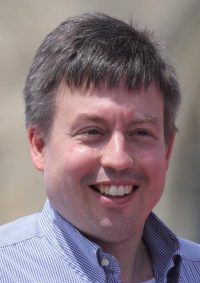 Alex Schadenberg is pictured in a 2014 photo. (CNS photo/Art Babych)

OTTAWA, Ontario (CNS) — With euthanasia occurring in Quebec at triple government predictions, obtaining accurate statistics on medically assisted deaths across Canada is almost impossible and could lead to abuse, according to opponents of the practice.

A recent report from the Quebec government showed 262 euthanasia deaths in the first seven months after the province legalized the practice last December.

Quebec Health Minister Gaetan Barrette told journalists he was surprised at the figure, which is about three times higher than anticipated. He said the number of euthanasia deaths in the province could reach 300 by the end of the year, but the executive director of the Euthanasia Prevention Coalition believes the figure will be closer to 450.

Alex Schadenberg, coalition director, told Canadian Catholic News that, even in Quebec, where the requirements for reporting and oversight are the most rigorous, euthanasia deaths are likely being underreported. He also expressed frustration at a lack of transparency in other provinces, making it impossible to compile accurate statistics on assisted suicide and euthanasia, leaving no way of identifying instances of abuse.

“A system was promised, but we don’t know what it is,” Schadenberg said.

Quebec’s law resembles those of Belgium and the Netherlands, which rely on doctors to self-report instances of euthanasia, Schadenberg said.

“The doctor does the death,” but there is no way of knowing if he or she reports all of them, especially those that fail to meet the government’s criteria, he said.

As of mid-October, in addition to the euthanasia cases in Quebec, there had been about 200 known cases of assisted suicide in other provinces, according to various media reports.

But Schadenberg said some smaller hospitals are not releasing any data for privacy reasons, and he predicted that could become a trend.

In Quebec, the government report included three cases of euthanasia that did not comply with the law, but there is no information on what, if anything, will happen in those cases, said Aubert Martin, executive director of the province’s grass-roots anti-euthanasia organization, Living with Dignity.

“We’re talking about killing a human being,” Martin said. “This is criminal. Is there going to be any follow-up?”

Schadenberg said the Quebec government will not divulge the circumstances of those three euthanasia deaths. One patient was not terminally ill, as required. There is no sign “they are even slapping the wrist of the doctor involved,” he said.

Quebec’s oversight commission, which examines whether doctors have followed the criteria for euthanasia, is already being criticized as “too demanding and too curious,” said Martin. He said he was not surprised at the high number of euthanasia requests in Quebec.

A report after six months had already shown the numbers were “exceeding predictions by two or three times,” he said.

Despite its surprise at the high numbers, the Quebec government is considering proposals to soften safeguards, such as no longer requiring approval of a second doctor for each euthanasia request, Martin said.

He estimated only 10 to 12 doctors have been involved in Quebec’s reported 262 deaths. In Quebec City, where most of the deaths by euthanasia have occurred, “there are only two of them doing the job,” Martin said. “They’re the two complaining (about the requirement for a second doctor).”

The government claims there is a consensus regarding euthanasia, but it contradicts this by claiming it is hard to find a second doctor to OK it, Martin said.

“Every precautionary measure sold as a way to pass the law is now seen as an obstacle,” he said. “So if we follow that logic, it’s easy to predict in the next years, what we call the slippery slope will be felt as wanted progress.”