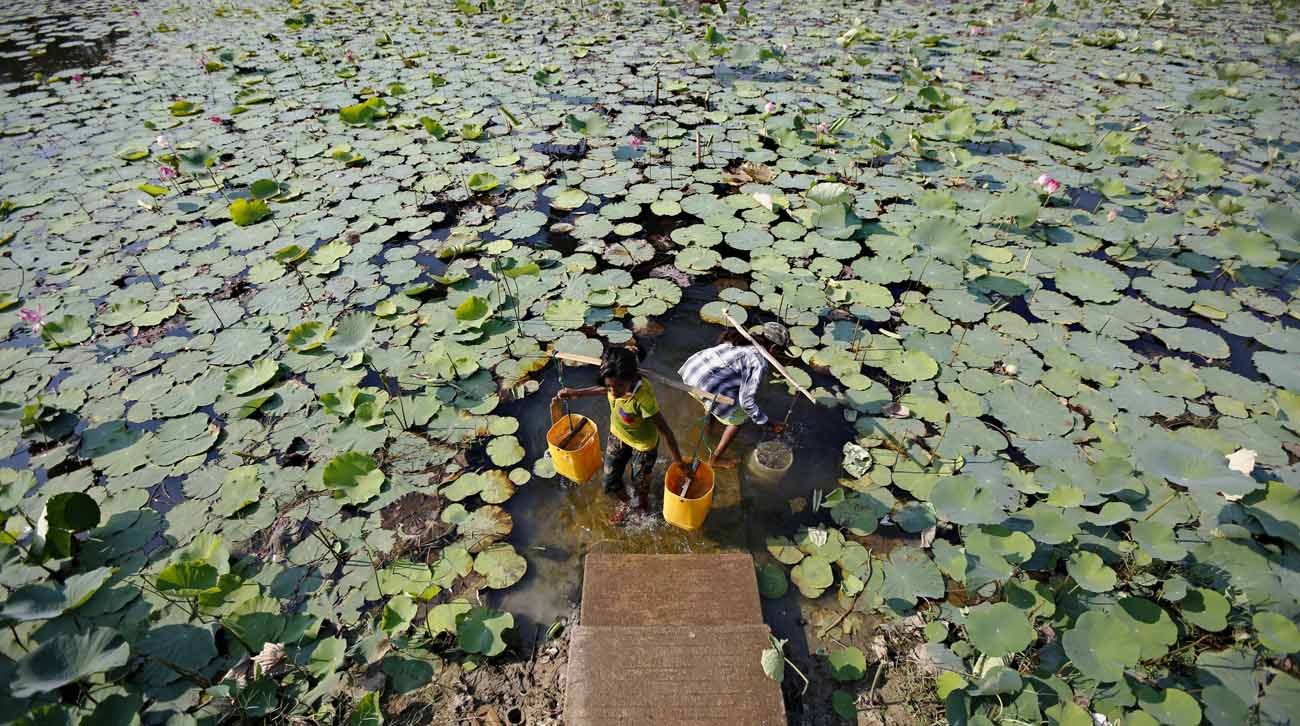 YANGON, Myanmar (CNS) — Yangon Cardinal Charles Bo said it was time to “reverse the trend” of a 60-year decline in Myanmar, designated the “least-developed country” by the World Bank.

At the opening of a national conference Nov. 15 aimed at creating a more equitable distribution of wealth in the impoverished country, Cardinal Bo demanded justice from “the three Cs: cronies, companies and countries nearby.”

“Myanmar resource wealth belongs to Myanmar people,” said Cardinal Bo. “It does not belong to looters who save money in Singapore and Geneva. We have gathered here to bring the thieves and robbers to accountability.”

The cardinal spoke at a conference called “Myanmar’s Resource Wealth: Toward People-Centered National Savings, Benefit Sharing and Social Protection.” Among its organizers was a locally based transparency group that has pushed for greater openness in following revenue streams, particularly in the extractive industry, which international agencies have called “infamously opaque.”

In a country with more than 130 ethnic minorities and multiple tribes at odds, conflict and fighting have been steady since the death of Gen. Aung San, who brokered peace in 1947 among three ethnic groups and the government. But he was assassinated months later, just before plans for autonomy for the ethnic groups were to have taken effect. Successive governments failed to meet the agreements, which sparked fighting and gave rise to a military junta that remained in power from the 1960s until recent years. 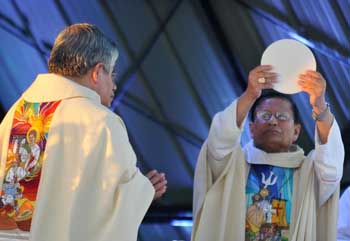 Cardinal Bo said none of the wealth generated from natural resources such as gold and other extractive minerals has benefited the poor, especially the most vulnerable among their ranks. He hit on the country’s thriving jade industry, which supplies more than two-thirds of the world’s jade, saying it has been overrun by “looters” and is the source of conflict.

The jade is mined in Myanmar’s Kachin state, one of the most conflict-torn parts of the country, where ethnic and government fighting over natural resources such as jade, energy and timber has erupted over decades.

Cardinal Bo said: “We have fought 22 wars and (displaced millions). Where justice is in short supply and peace is a distant dream, peaceful solutions are possible, my dear brothers and sisters, and we have come to seek that path.”

Several times, he quoted Pope Francis’ encyclical “Laudato Si’, on Care for Our Common Home,” to highlight the link between the fight against poverty and restoring dignity to the excluded, all the while taking care of the environment.

“If you destroy natural wealth and loot and store your money in (a) Swiss bank, you’re really investing in war here,” he said. “Within 10 years the jade mountains will disappear, filling the secret bank accounts of some companies. Are we a nation of spiritual people if we allow the three Cs … (to) loot the inheritance of our children?”

PREVIOUS: New Zealand priests find ways to be with people affected by quake

NEXT: People can sniff out greedy priests, pope says