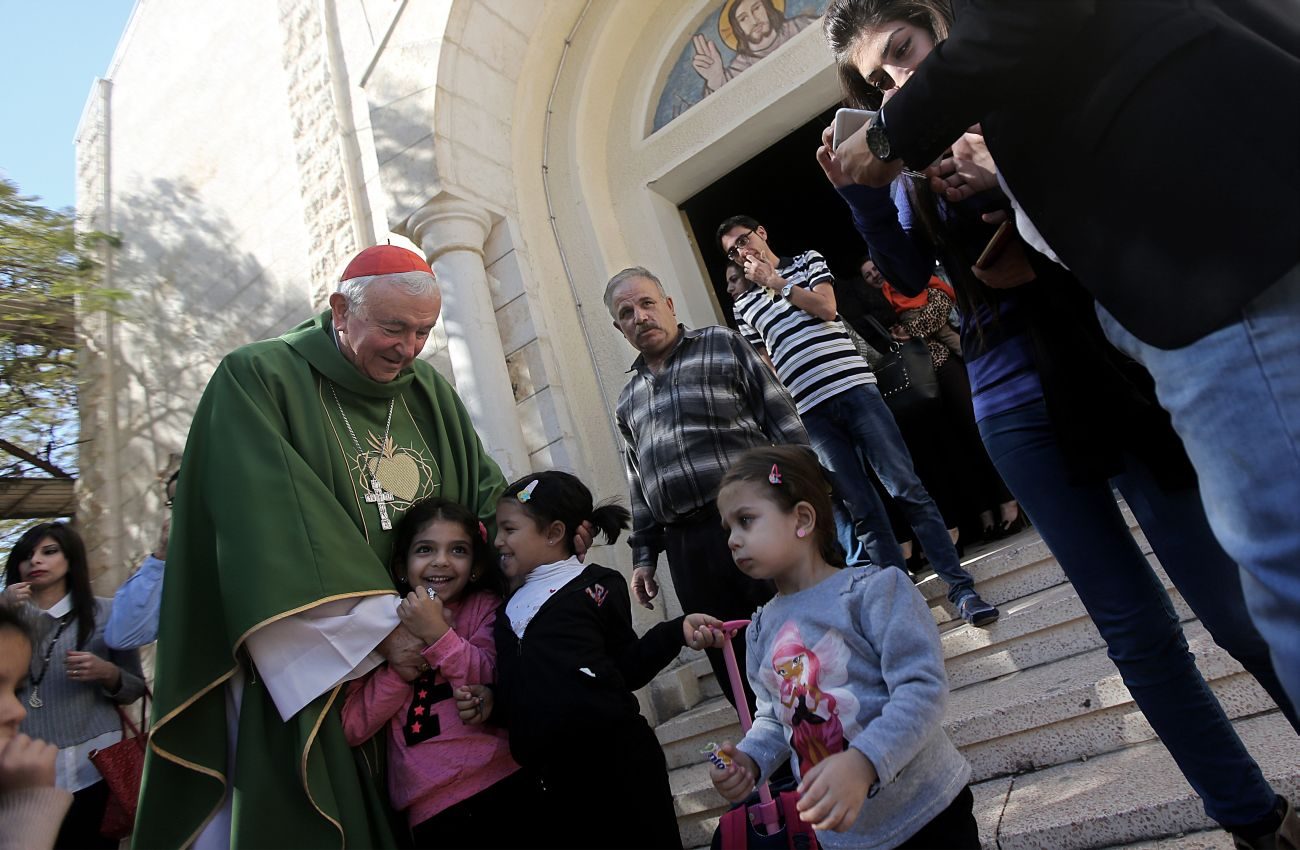 “It is very encouraging to witness the faith of the community of Christians living in that enclosed space and also in the midst of a huge Muslim community majority,” said Cardinal Nichols, Westminster archbishop and president of the Catholic Bishops’ Conference of England and Wales. “They live day by day, and their faith is a reassurance for them.”

Some 1,400 Christians, including 170 Catholics, live among 2 million Muslims in the Gaza Strip, which at its widest point is 7.5 miles and has one of the highest population densities in the world. Most Gaza Christians live in Gaza City.

Cardinal Nichols said he did not see or hear of any direct religious tensions during his Nov. 6 visit, although being such a tiny minority it is clear to Christians what the dominate culture of the area is, and Christians have to be “attentive to that.”

Religion, he said, plays a fundamental role in people’s identity in the area.

“It is impossible to have a conversation with anyone here in which religious faith does not figure quite largely,” said the cardinal, who on Nov. 7 joined a weeklong pilgrimage from the Westminster Archdiocese. “Religious faith has seeds for extremism, and it is very important in my mind that dialogue and negotiations toward peace take seriously the religious identity and faith of people in the region. It seems that, so far, governments and leaders are fashioning peace according to a secular model and leaving religious faith off the table. Maybe that is why they have been unsuccessful.”

Extremist forces develop and breed on political frustration, he said, and resolving festering issues could remove the breeding ground for extremism.

Cardinal Nichols celebrated Mass with parishioners and visited the Missionaries of Charity orphanage for severely disabled children. During his visit, coordinated by Catholic Near East Welfare Association-Pontifical Mission for Palestine, the cardinal met with youths who benefit from the agency’s programs. Friends of the Holy Land in the United Kingdom and other donors co-fund certain elements of some of the programs the cardinal visited.

The cardinal noted that educational prospects are limited in Gaza, with one of the two universities requiring women to cover their hair, adopt Muslim dress and accept Muslim norms of conduct. At the same time, it is impossible to leave Gaza to study elsewhere, as the borders with Israel and Egypt are largely closed.

“I was greatly impressed with the impact living in Gaza has among the young people,” he said.

Almost 60 percent of young people in Gaza are unemployed, he noted, and for the 15 young beneficiaries of programs he met with there is a sense of “absolute uncertainty” that weighs heavily on them about the future after they complete their studies or the employment support projects.

“That is a big burden to carry,” he said.

The cardinal said although he saw thriving food markets in the streets, he also saw plenty of evidence of damage still remaining from the 2014 Gaza War. According to the World Bank, the economic losses of the war amount to $1.7 billion and, at the current rate of recovery, the economy is not expected to reach its pre-war level until 2018.

“While it would appear that there is greater stability in Gaza now, there is still the underlying pressure of people living in a confined territory, and that is not getting better at all,” said Cardinal Nichols.