Forgive us for looking the other way, pope tells homeless people 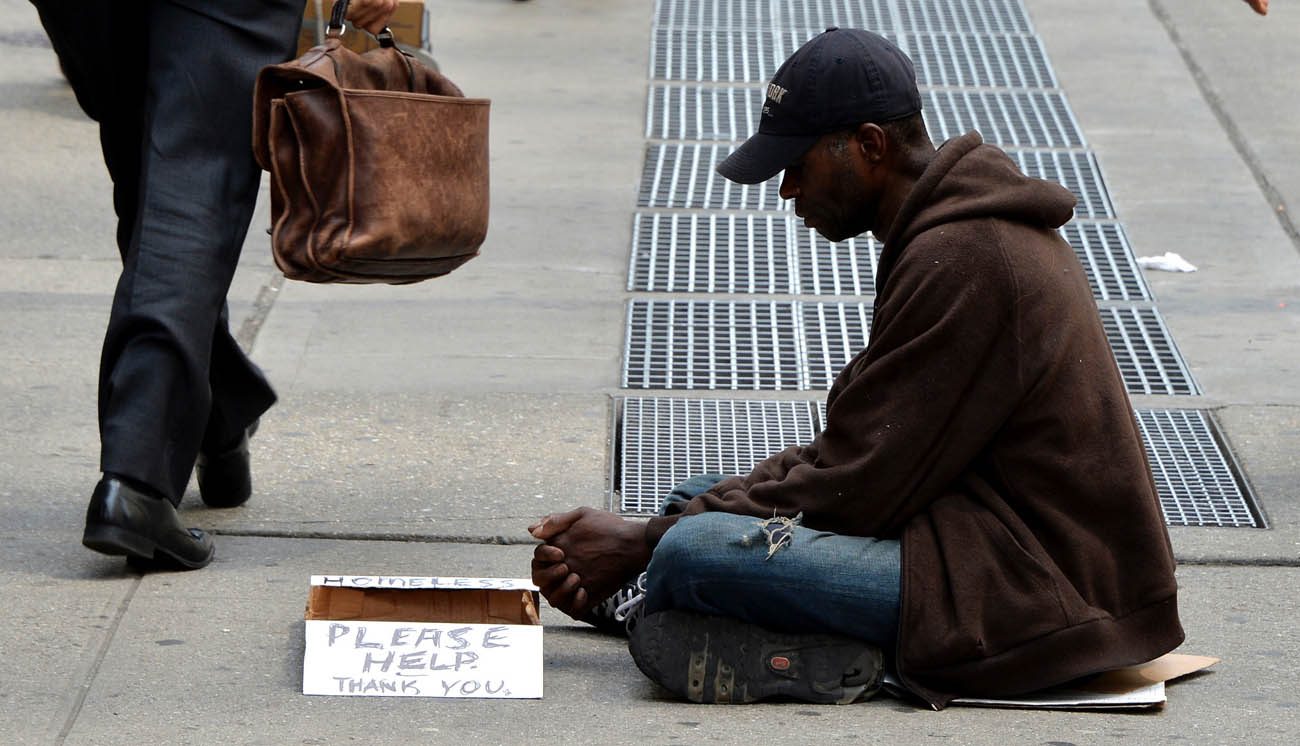 VATICAN CITY (CNS) — Looking directly at thousands of homeless and marginalized persons, Pope Francis asked for their forgiveness for failures to recognize their dignity and alleviate their suffering.

“I ask your forgiveness if I have ever offended you with my words or for not having said something that I should have,” the pope said Nov. 11 during an audience with pilgrims attending special Year of Mercy events for people who are homeless or otherwise socially excluded.

Pope Francis, speaking in the name of all Christians, asked their forgiveness for times when they were not treated with the dignity the Gospel says they have.

“I ask your forgiveness for all the times that we Christians stand before a poor person or a situation of poverty and look the other way,” the pope said.

The forgiveness of those who have felt unloved and unwanted by men and women of the church “purifies us and helps us to believe once again that at the heart of the Gospel is the great message of poverty and that we — Catholics, Christians, all of us — must form a church that is poor for the poor.”

“All men and women from any religion must see in the poor the message of God who comes close to us and made himself poor to accompany us in life,” he said.

The audience kicked off the final jubilee celebration before the conclusion of the Holy Year of Mercy Nov. 20. The pilgrimage was organized by “Fratello” (“Brother”), a French association which organizes and hosts events for people in situations of exclusion.

Francois Le Forestier, spokesperson for “Fratello,” told Catholic News Service Nov. 8 that over 4,000 homeless and socially excluded persons from 22 different European countries were expected to attend the jubilee celebration in Rome. Three days later, the association’s website said the number of pilgrims had risen to 6,000.

While donors from across Europe contributed to help pay the costs of travel and accommodations, Le Forestier said pilgrims were also asked to give a small contribution as “a way for them to participate and a way for them to be responsible for their decision to attend this jubilee.”

“At the very beginning, I thought the idea of a jubilee for homeless people was a bit mad” because it would be too complicated to organize, Le Forrestier said. Due to logistical challenges, the event was organized solely for European countries in the hopes that it would lead to an annual worldwide pilgrimage to Rome for the homeless.

“We’re going to pray and maybe the Holy Spirit will tell us what to do for the future,” Le Forrestier told CNS.

Before addressing the pilgrims, the pope heard the experiences of homeless men from France and Poland, and he diligently took notes as they spoke.

Pope Francis welcomed them and encouraged them to “not give up on dreaming” despite the sufferings they face daily.

“You dreamed that one day you could come to Rome, and that dream came true. You dream that the world can change and that is a seedling that grows in your hearts,” the pope said.

Like the sick and the poor who followed Jesus, he said, “only those who feel they are missing something can look up and dream. Those who have everything are incapable of dreaming.”

Recalling the experience of one of the homeless persons, the pope said he was moved by the man’s belief that “life becomes beautiful even in the worst situations.” That ability to find beauty “can only happen to a man or woman with dignity.”

By living with dignity, he continued, the poor and homeless easily sympathize with the suffering of others and teach the beauty of solidarity to a world in conflict.

“‘The greatest poverty is war; it is a poverty that destroys.’ And to hear this from the lips of a man who has suffered material poverty and the poverty of health is a call to work for peace,” the pope said while quoting the experience of the homeless man from France.

“War is made among the rich in order to have more, to possess more territory, more power, more money. It is very sad when war occurs among the poor because it is very rare,” the pope said. “The poor — from their poverty — are prone to be artisans of peace, they make peace, they create peace, they give an example of peace.”

With hands clasped tightly around a microphone and his head bowed, Pope Francis ad-libbed a prayer asking God to “give us strength, give us joy, teach us to dream (and) to look forward.”

“Teach us solidarity because we are brothers and sisters and you help us defend our dignity. You are our father. Bless us,” he prayed.

After his address, Pope Francis asked that the poor pray for him. He took off his glasses as the homeless people seated near him on the stage surrounded him, gently placing their hands on his shoulders and arms, praying with him and for him.

Then, with his head still bowed, the pope recited the “Our Father” with them.

NEXT: Pope makes emotional visit to former priests and their families