New prior appointed for Benedictine monks in Norcia 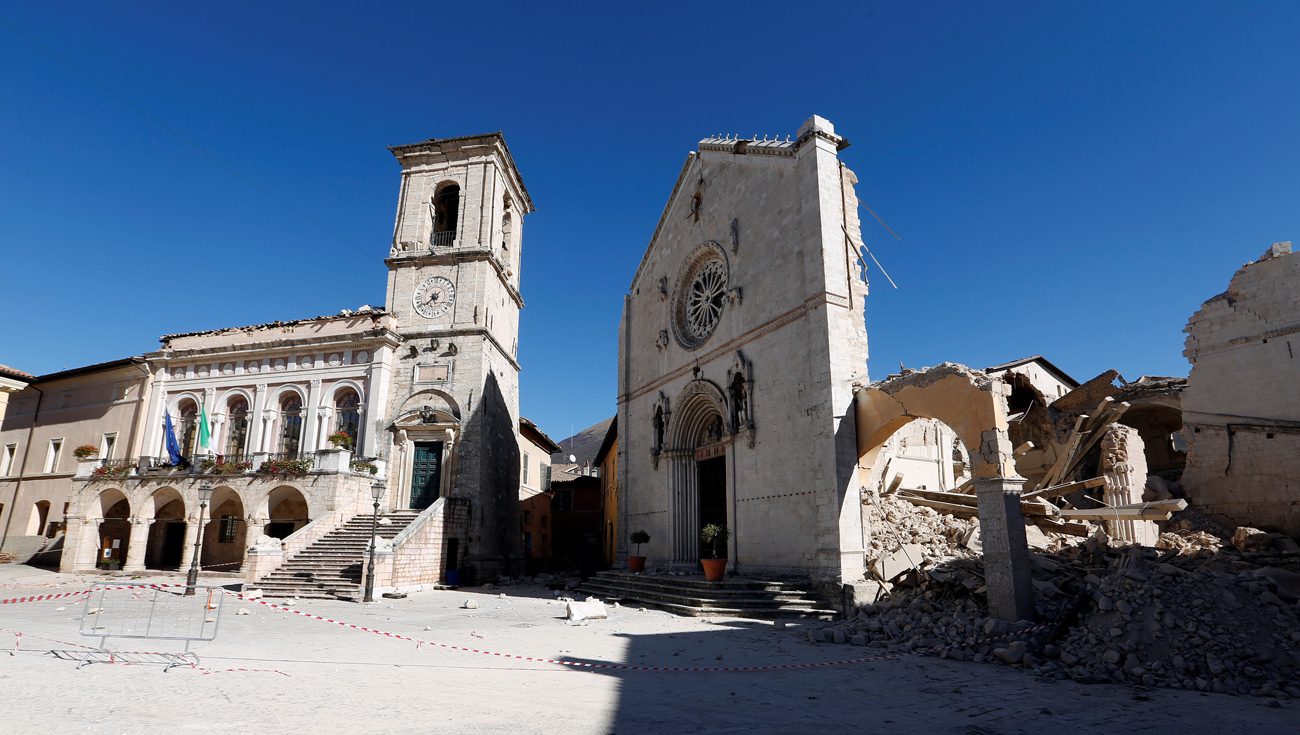 The Basilica of St. Benedict in the ancient city of Norcia is seen Oct. 31 following an earthquake in central Italy. (CNS pohoto/Remo Casilli, Reuters)

NORCIA, Italy (CNS) — Eighteen years after founding a new Benedictine community in Italy, U.S. Father Cassian Folsom stepped down as prior of the Benedictine monastic community in Norcia, the hometown of St. Benedict.

“The earthquakes of the past several months have presented us with incredible challenges, which require vigorous, creative leadership,” the 61-year-old Father Folsom said. “While I am in good health at the moment, I do not have the strength or energy necessary to meet these challenges.”

Father Folsom, a native of Massachusetts, submitted his resignation to the abbot primate of the Benedictine order, Abbot Gregory Polan, who appointed U.S. Father Benedict Nivakoff, 37, as prior. Father Nivakoff had been novice master of the community and had served as subprior at various times since 2006.

The Monks of Norcia have 16 members and were entrusted with the care of the Basilica of St. Benedict in Norcia in 2000. The basilica was destroyed in an earthquake Oct. 30.

Since 2012 the monks also have been brewing beer, Birra Nursia, in Norcia.

NEXT: Indian church looks to sainthood for murdered nun