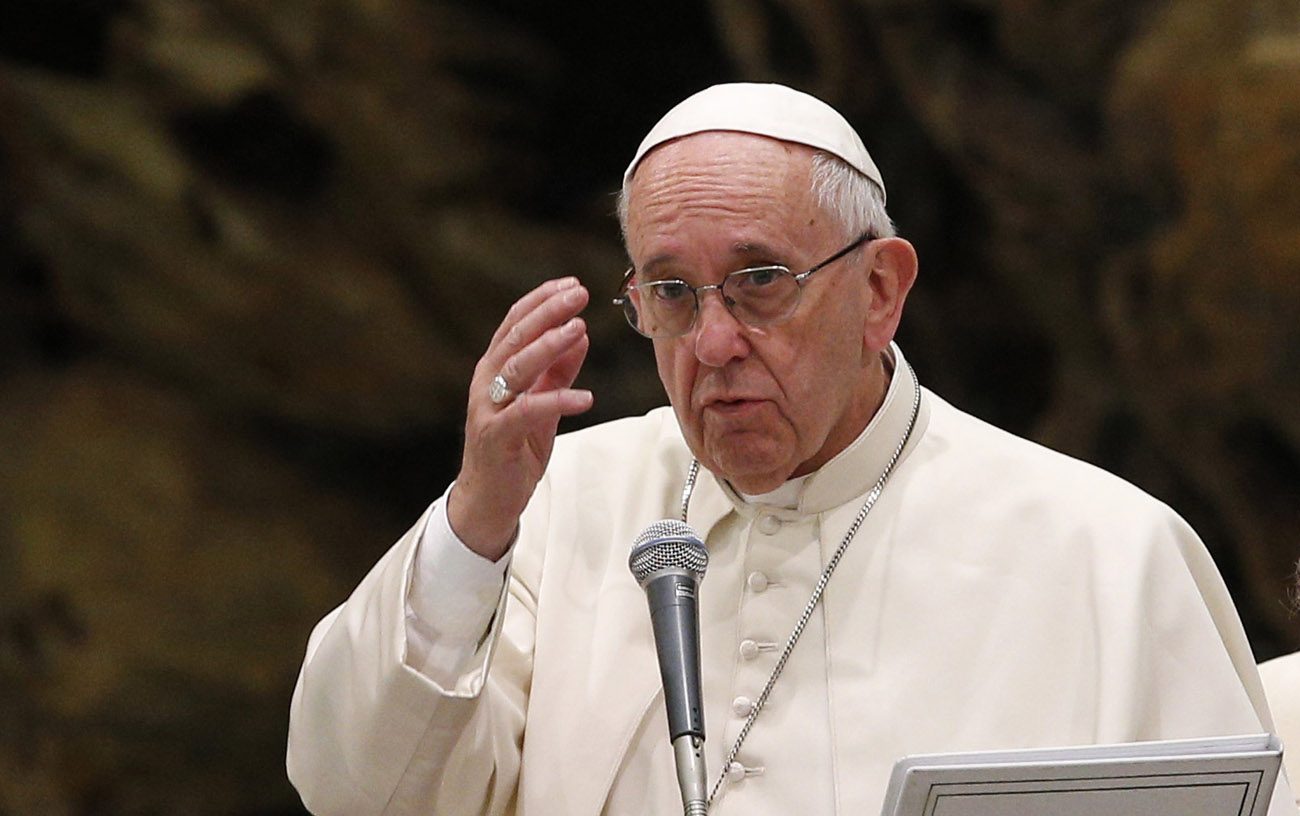 Pope Francis delivers his blessing during his general audience in Paul VI hall at the Vatican Nov. 23. (CNS photo/Paul Haring)

VATICAN CITY (CNS) — Everyone experiences doubts about the faith at times — “I have” many times, Pope Francis said — but such doubts can be “a sign that we want to know God better and more deeply.”

“We do not need to be afraid of questions and doubts because they are the beginning of a path of knowledge and going deeper; one who does not ask questions cannot progress either in knowledge or in faith,” the pope said Nov. 23 at his weekly general audience.

Pope Francis said that although the Year of Mercy has concluded, he still wanted to continue his general audience reflections on the corporal and spiritual works of mercy.

With fewer than 10,000 pilgrims and visitors present and with rain forecast, the Vatican moved the audience indoors to the Vatican audience hall.

The pope, with a voice that was a bit hoarse, focused on the spiritual works of mercy of “counseling the doubtful” and “instructing the ignorant,” which he said was not meant as an insult, but simply as a description of a person who does not know something.

Calling a lack of access to education a “grave injustice,” Pope Francis asked those in the audience hall to give a round of applause to teachers and the “long list of saints, who throughout the ages, brought education to the most disadvantaged.”

Education, he said, is both a work of evangelization and a work of mercy and justice because it recognizes the dignity of the human person, fights discrimination and, by preparing people for jobs, combats poverty.

The work of mercy of counseling the doubtful involves attempting to “soothe that pain and suffering that come from the fear and anguish that are the consequences of doubt” about the goodness of life and God’s love.

“I think someone would ask me, ‘Father, I have many doubts about the faith, what should I do? Don’t you ever have doubts?” the pope said. “I have many,” he said, “there are times when everyone has doubts.”

The key, he said, is to see those doubts as a call to deepen one’s faith either through study or through seeking the guidance of another believer.

“To do this, it is necessary to listen to the word of God and understand what it teaches us,” he said. “But, at the same time, an equally important path is that of living the faith as much as possible.”

When faith is seen mainly as “an abstract theory,” he said, “doubts multiple.”

But when faith is lived and shown in service to others, the pope said, “then many doubts vanish because we feel the presence of God and the truth of the Gospel in the love that, by no merit of ours, lives in us and that we share with others.”

NEXT: New prior appointed for Benedictine monks in Norcia