Pope offers new beatitudes for saints of a new age 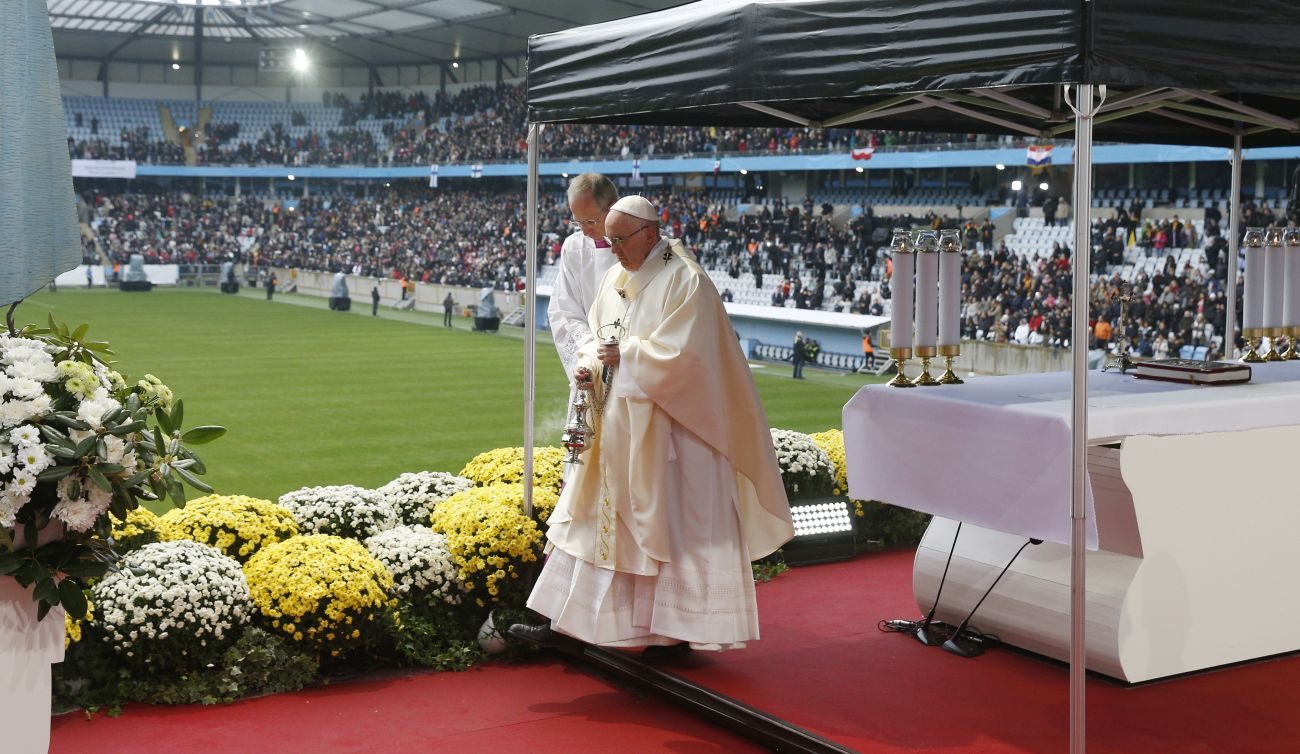 MALMO, Sweden (CNS) — The saints are blessed because they were faithful and meek and cared for others, Pope Francis said.

At the end of an ecumenical trip to Sweden, Pope Francis celebrated the feast of All Saints Nov. 1 with a Catholic Mass in a Malmo stadium. He highlighted the lives of the Swedish saints, Elizabeth Hesselblad and Bridget of Vadstena, who “prayed and worked to create bonds of unity and fellowship between Christians.”

The best description of the saints — in fact, their “identity card” — the pope said, is found in the beatitudes from Jesus’ Sermon on the Mount, which begins, “Blessed are the poor in spirit.”

And, he said, as Christian saints have done throughout the ages, Christ’s followers today are called “to confront the troubles and anxieties of our age with the spirit and love of Jesus.”

New situations require new energy and a new commitment, he said, and then he offered a new list of beatitudes for modern Christians:

— “Blessed are those who remain faithful while enduring evils inflicted on them by others and forgive them from their heart.

— “Blessed are those who look into the eyes of the abandoned and marginalized and show them their closeness.

— “Blessed are those who see God in every person and strive to make others also discover him.

— “Blessed are those who protect and care for our common home.

— “Blessed are those who renounce their own comfort in order to help others.

— “Blessed are those who pray and work for full communion between Christians.”

“All these are messengers of God’s mercy and tenderness,” Pope Francis said. “Surely they will receive from him their merited reward.”

Registered Catholics in Sweden number about 115,000 — just over 1 percent of the population. But with recent waves of immigration, especially from Chaldean Catholic communities in Iraq, local church officials believe the number of Catholics is double the reported figure.

Reflecting the multicultural makeup of the Catholic Church in Sweden and the rest of Scandinavia, the prayer intentions at Mass were read in Spanish, Arabic, English, German and Polish, as well as in Swedish.

NEXT: Most organ trafficking in Mozambique due to witchcraft, nun says