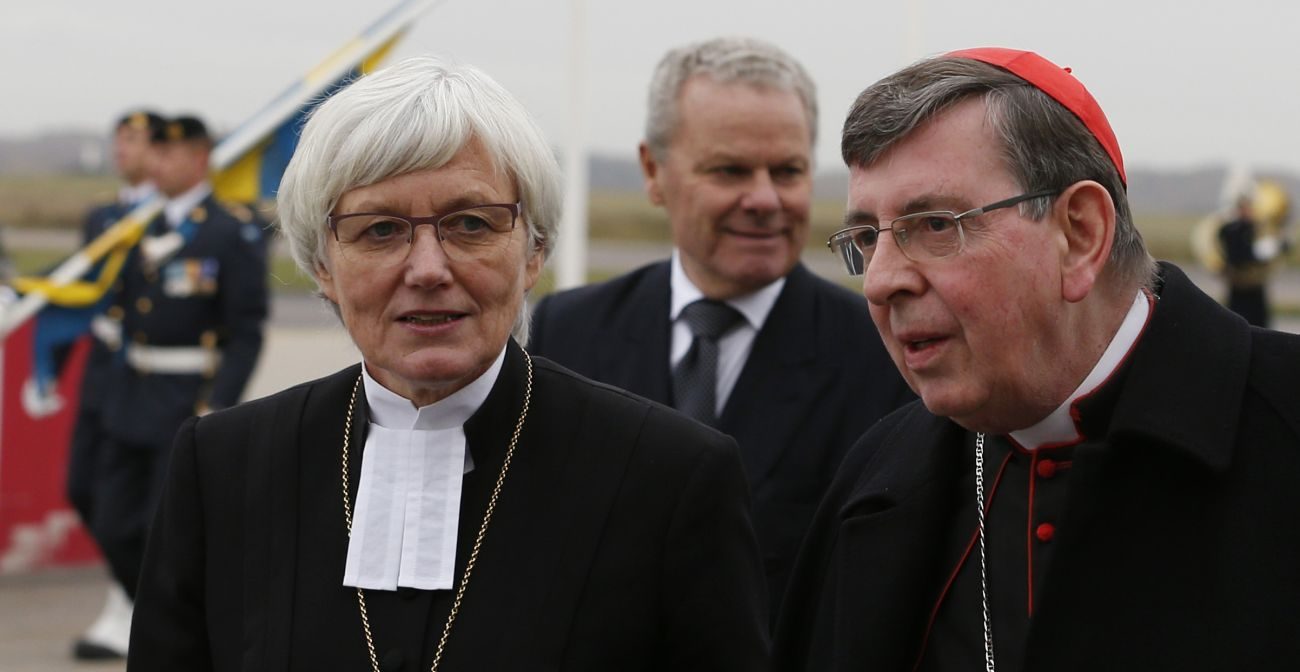 MALMO, Sweden (CNS) — The Catholic Church continues to insist that sharing the sacrament of Communion will be a sign that Christian churches have reconciled fully with one another, although in some pastoral situations, guests may be invited to the Eucharist, said Cardinal Kurt Koch.

During Pope Francis’ trip to Sweden Oct. 31-Nov. 1, the Swiss cardinal, president of the Pontifical Council for Promoting Christian Unity, was asked about the possibility of Catholics and Lutherans receiving Communion together.

The Catholic Church, he told reporters, makes a distinction between “eucharistic hospitality for individual people and eucharistic communion.”

The term hospitality is used to refer to welcoming guests to the Eucharist on special occasions or under special circumstances as long as they recognize the sacrament as the real presence of Christ. Eucharist communion, on the other hand, refers to a more regular situation of the reception of Communion by people recognized as belonging to the same family.

“Eucharistic communion, for us Catholics, is the goal” of ecumenical dialogue and will be “a visible sign of ecclesial communion” or full union, Cardinal Koch said at a news conference. “The other question — hospitality in the case of a mixed marriage — is a pastoral question,” which will require discussion, particularly on the level of dioceses.

“It is very difficult to give a universal declaration because the pastoral situations are very different” from country to country, the cardinal said.

Earlier Oct. 31, Pope Francis and Lutheran Bishop Munib Younan, president of the Lutheran World Federation signed a joint declaration, which included recognition that “many members of our communities yearn to receive the Eucharist at one table as the concrete expression of full unity.”

Catholic-Lutheran married couples, in particular, “experience the pain” of sharing their whole lives, but being separated at the table of the Lord. “We acknowledge our joint pastoral responsibility to respond to the spiritual thirst and hunger of our people to be one in Christ,” they said.

The two leaders did not authorize further opportunities for shared Communion, but expressed longing “for this wound in the body of Christ to be healed” with the help of increased theological dialogue.

Speaking at the news conference with Cardinal Koch, the Rev. Martin Junge, general secretary of the Lutheran World Federation, told reporters, “At this point in time we don’t have a concrete model of how we would go about” making pastoral provisions for couples in mixed marriages.

However, he said, “it is around the table where people in our communities experience the fragmentation of the church the hardest, and that requires a response.”

NEXT: Pope offers new beatitudes for saints of a new age