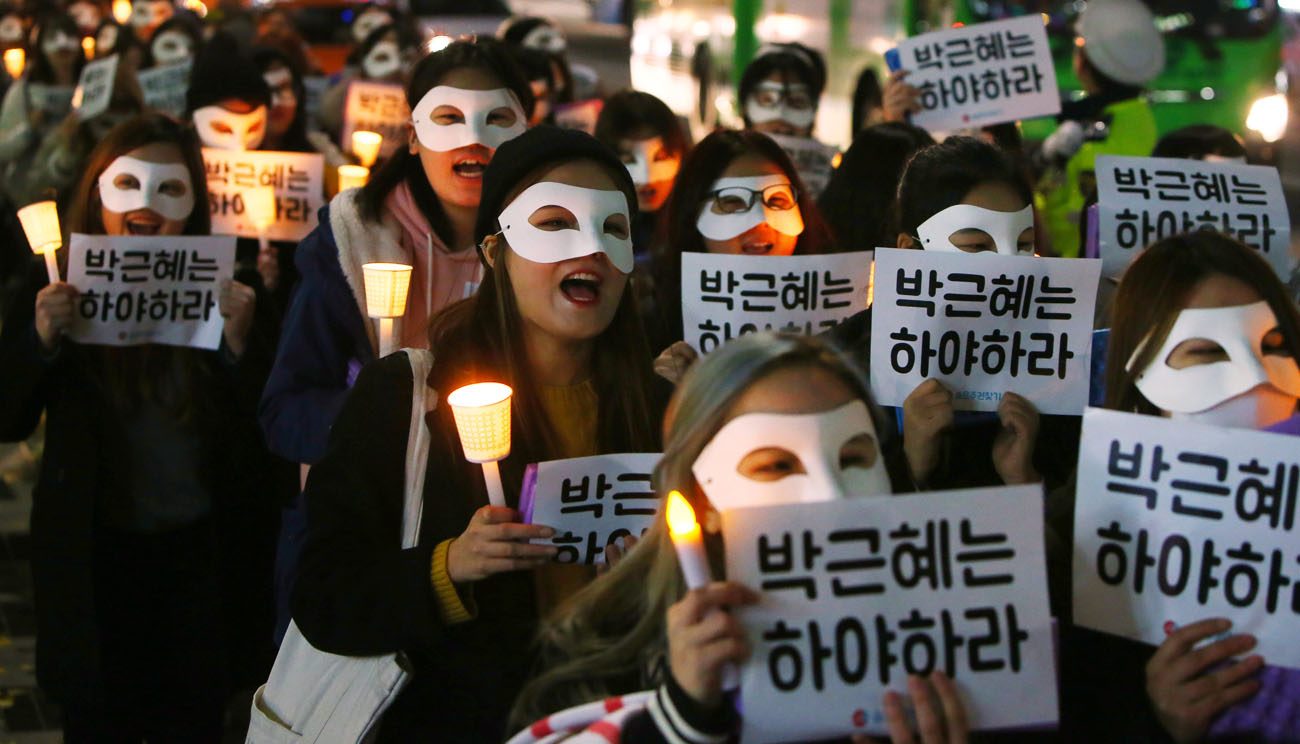 SEOUL, South Korea (CNS) — South Korean Catholics have demanded that President Park Geun-hye step down over a scandal that has been coined “Choi Soon-sil gate.”

Ucanews.com reported that from a diocesan level to even seminarians, the church in South Korea has been vocal in its calls for Park to resign after news broke that her friend, Choi Soon-sil, allegedly manipulated the president to gain access to secret documents and purportedly embezzle funds through nonprofit foundations.

At least 10 dioceses have called for Park’s resignation and held Masses praying for the country.

On Nov. 7, Auxiliary Bishop Simon Ok Hyun-jin of Gwangju presided over the Mass with archdiocesan priests and called upon Park to resign. Following the Mass, Bishop Ok led some 1,000 Catholics to the May 18 Democracy Plaza in downtown Gwangju. Along the way, they shouted for Park’s resignation because of the scandal, which has already seen Choi arrested and charged.

The same day, the Cheju Diocesan Committee for Justice and Peace held a Mass in memory of Baek Nam-ki, a farm activist who died recently, and criticized Park for failing the state administration.

On Nov. 9, Bishop Vincent Ri Pyung-ho of Jeonju presided over a cathedral Mass dedicated to the recovery of democracy. At the Mass, Bishop Ri indirectly asked for Park’s resignation when he said: “All walks of life in Korea are asking President Park to pull out of state administration.”

On Nov.14, the Seoul Archdiocese and Uijeongbu and Suwon dioceses held a joint Mass at Seoul’s Gwanghwamun Plaza. Again the scandal-riddled leader was urged to resign.

In an effort to diffuse the scandal, Park has fired her closest aides and repeatedly apologized to the public.

Park has so far given no indication she will resign but, if she does, she would be the first elected South Korean president to not finish a five-year term. If Park does not resign, she may be impeached by parliament over the scandal, say some analysts.

She is the daughter of former dictator Park Chung-hee who was assassinated by his spy chief in 1979.

PREVIOUS: Admonish sin without putting on airs or being hypocrite, pope says

NEXT: University of Montreal to change faculty of theology into institute