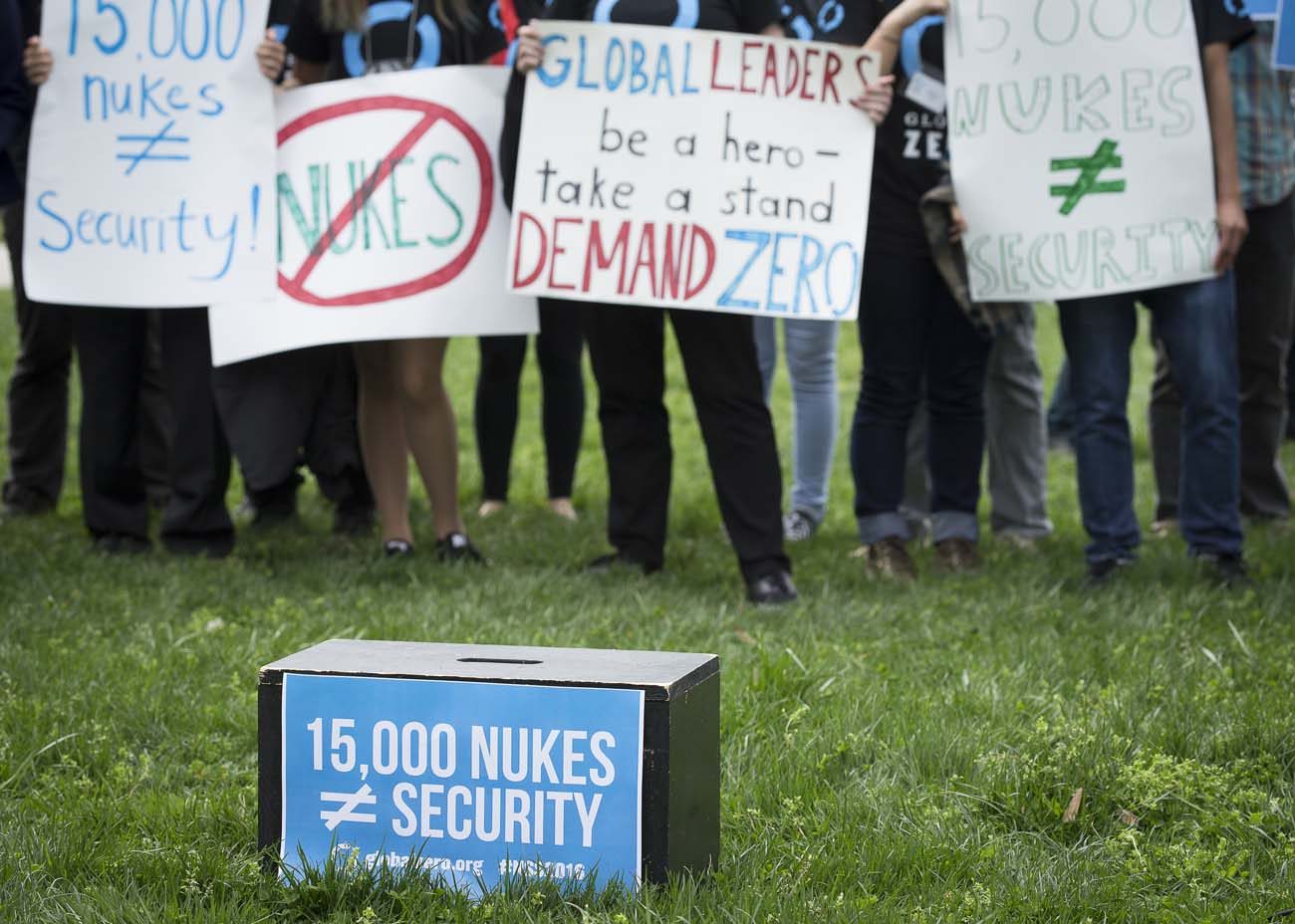 WASHINGTON (CNS) — The United Nations is preparing to embark on talks to ban nuclear weapons.

Negotiations are set to begin in March and are expected to take an indefinite time to complete.

The end result is uncertain, but the 123 nations that voted Oct. 27 for a resolution within the U.N. General Assembly committee that deals with international security matters to open the talks showcase a clear frustration with the slow pace of nuclear disarmament.

The final tally showed 38 nations, including the nine nuclear weapons states and those under the nuclear umbrella, voting against the resolution; 16 nations abstained.

The recent U.N. resolution was welcomed by several arms control advocates including those with the church involved for decades on the nuclear issue.

“What is important about this initiative is that it’s coming from people who are not nuclear weapons states and who are saying, ‘If you use these weapons, we’re living on the same planet and it will have a tremendous impact on all of us. We cannot allow nine countries to hold the rest of the world hostage,'” Marie Dennis, co-president of Pax Christi International, told Catholic News Service in her Washington office.

Despite the overwhelming support for the U.N. resolution, citizen concern about nuclear war today pales when compared with the massive uprisings around the world in the 1980s to oppose the U.S. arms buildup. The unexpected outcry influenced President Ronald Reagan so much, that he reversed his stance and negotiated treaties with the former Soviet Union to cap nuclear stockpiles.

The Catholic Church has long called for nuclear disarmament. Pope Pius XII expressed concern about the use of atomic energy in warfare in 1943. Twenty years later St. John XXIII issued his landmark social encyclical “Pacem in Terris” (“Peace on Earth”) that included a call for a verifiable ban on nuclear weapons.

In 1983, the U.S. bishops issued “The Challenge of Peace: God’s Promise and Our Response,” a pastoral letter that accepted the existence of such weapons for deterrence only as a step toward eventual disarmament. The bishops have reiterated their call numerous times since, citing moral and humanitarian reasons.

The church’s position on nuclear weapons was stressed again in a statement to the U.N. committee discussing the resolution Oct. 17 by Archbishop Bernardito Auza, the Holy See’s permanent observer to the U.N.

Observers such as Stephen M. Colecchi, director of the U.S. bishops’ Office of International Justice and Peace, believe that U.N. action to achieve an abolition treaty would serve to stigmatize the possession of nuclear weapons.

“It (a ban treaty) creates international pressure,” Colecchi explained. “What it does is delegitimizes the nuclear powers’ indefinite holding on to nuclear deterrence … and it would hopefully put more pressure on the nuclear powers to become serious about disarmament.”

Progress toward total disarmament as called for under the Nuclear Nonproliferation Treaty, which went into force in 1970, has been difficult to maintain especially in light of the hundreds of billions of dollars pledged over the next decade in the U.S. and Russia to modernize their arsenals.

Even a new ban treaty might not be sufficient to eliminate such armaments, said Kelsey Davenport, director of nonproliferation policy for the Arms Control Association.

Davenport, a University of Notre Dame graduate, called instead for a nuclear weapons convention to be negotiated. Patterned along the lines of the Chemical Weapons Convention, such an agreement would include provisions to monitor and verify disarmament steps on the road to nuclear zero.

Despite the U.N. action, Davenport expressed doubt that the nuclear weapons states would be involved with next year’s talks.

“Hopefully, once this ban is negotiated, the states that support the ban treaty can find a way to bring some momentum from that process into working to find common ground with the nuclear weapons states to make more progress on disarmament,” Davenport said.

Colecchi said he believes a new arms agreement will not be possible unless the United States and Russia, owners of more than 90 percent of all nuclear weapons in the world, take additional steps to reduce their stockpiles first.

The last major arms deal between the two countries, New START (Strategic Arms Reduction Treaty), was ratified in 2011. It lowered the number of deployed nuclear weapons to 1,790 by Russia and 1,930 by the U.S., according to Federation of American Scientists.

Despite the reduction each country has about 4,500 additional nuclear weapons stockpiled and more than 2,500 each that are not deployed.

Overall, the federation’s tallies show about 15,350 nuclear weapons in the world, including the following inventories: France, 300; China, 260; United Kingdom, 215; Pakistan, 110 to 130; and India, 100 to 120. The U.S. intelligence community believes Israel has about 80 such weapons, but Israeli officials have neither confirmed nor denied that the country possesses such armaments. The federation says there is no evidence that North Korea has put any nuclear weapons in operation despite three nuclear tests.

The groundswell of support for disarmament that arose in the 1980s is not expected to surface before the U.N. talks begin in March. David Cortright, director of policy studies at the Kroc Institute for International Peace Studies at the University of Notre Dame, said a new movement still may emerge.

“The dangers (of a nuclear exchange) are there even if not in the top line thinking of Europeans and North Americans these days,” Cortright told CNS.

“Over time it is possible that the pressure of public opinion and the continuing recognition of the horror of these weapons will convince governments to abandon their reliance on nuclear deterrence,” he said. “It may seem impossible now, but that’s what everyone thought about the prospect that the Cold War would end without a shot being fired.”