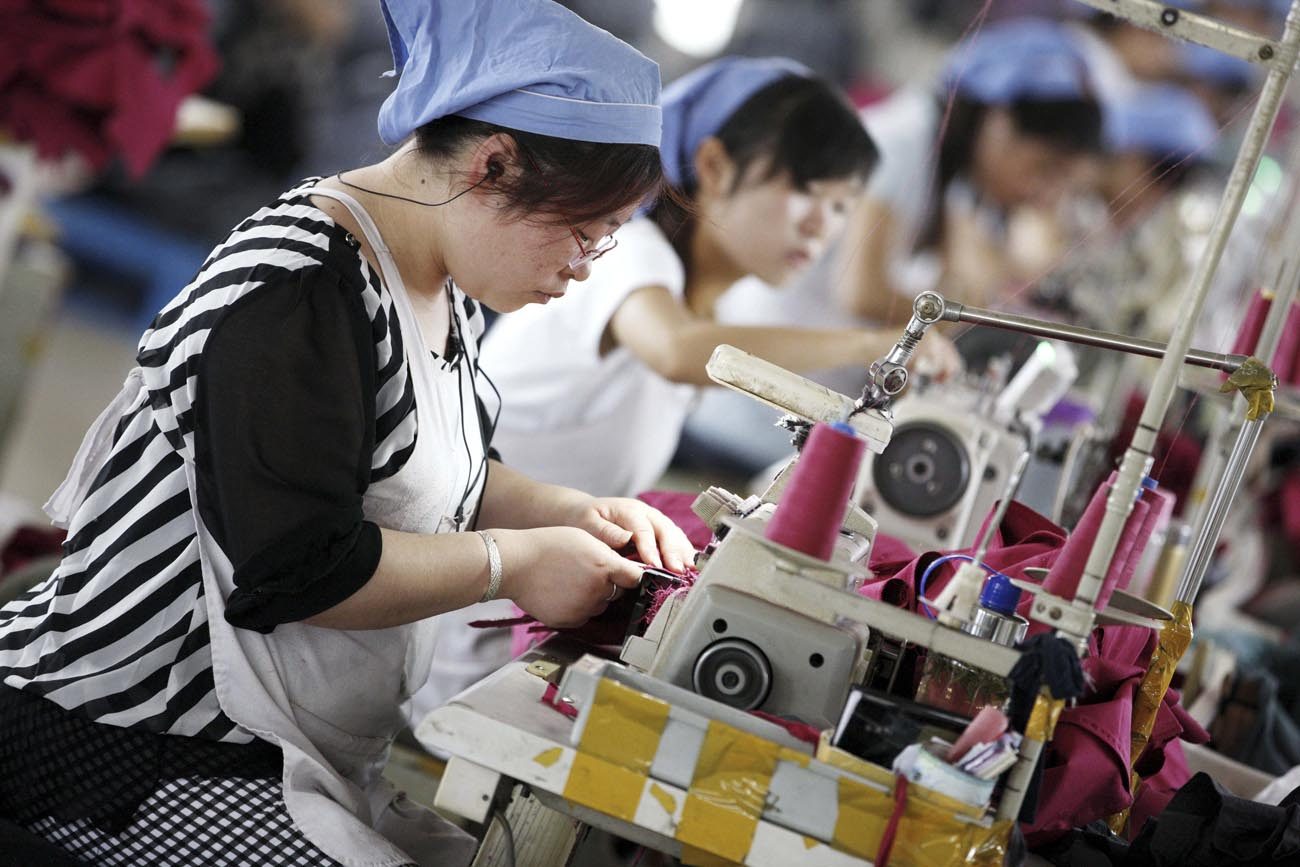 DAVENPORT, Iowa (CNS) — Three to 12 weeks after models strut down the catwalk during New York Fashion Week, sporting the latest trends from top designers, clothing inspired by these designs begin appearing in fashion retail outlets across the country for a fraction of the cost.

Americans are buying more clothing than ever before, thanks to marketing and low price tags. Elizabeth Cline, author of “Overdressed: The Shockingly High Cost of Fast Fashion,” reports that Americans buy an average of 70 clothing items each year, as opposed to 25 items in 1960.

“Somehow, we’ve been programmed to think we need all this clothing,” said Alicia Greenwood, a board member for the Ten Thousand Villages fair trade store in Iowa City. But consumers haven’t been conditioned to think about where their clothing comes from.

About 98 percent of apparel sold in American stores is made in countries such as Bangladesh, India and China, which offer low prices on manufacturing because of low national minimum wage requirements and worker regulations. Greenwood, who used to work in the corporate fashion industry, said corporate buyers focus on getting the best deals from factory managers but don’t ask how the factories can produce the goods so cheaply. “It’s kind of a ‘don’t ask, don’t tell’ situation,” she said.

Christopher Cox, campaign manager of the Human Thread Campaign, a Catholic organization which works for social justice in the textile industry, said people would be “horrified” to see the unsafe conditions and long hours in which employees of these factories are forced to work. Women are frequently denied maternity leave, child workers are commonplace and hours are long: 60-70 a week in many cases. Workers have very little time off to sleep, let alone spend time with their families. Human trafficking also is a problem. He said that labor-related human trafficking is more prevalent worldwide than sex trade trafficking, which receives far more publicity.

Cox said the issue of sweatshops isn’t a high priority for most Americans, Catholics included. “It’s not as political and polarized as other issues we think about as Catholics,” he told The Catholic Messenger, newspaper of the Davenport Diocese. “The Gospel tells us over and over again that the poor are almost always invisible to us.” 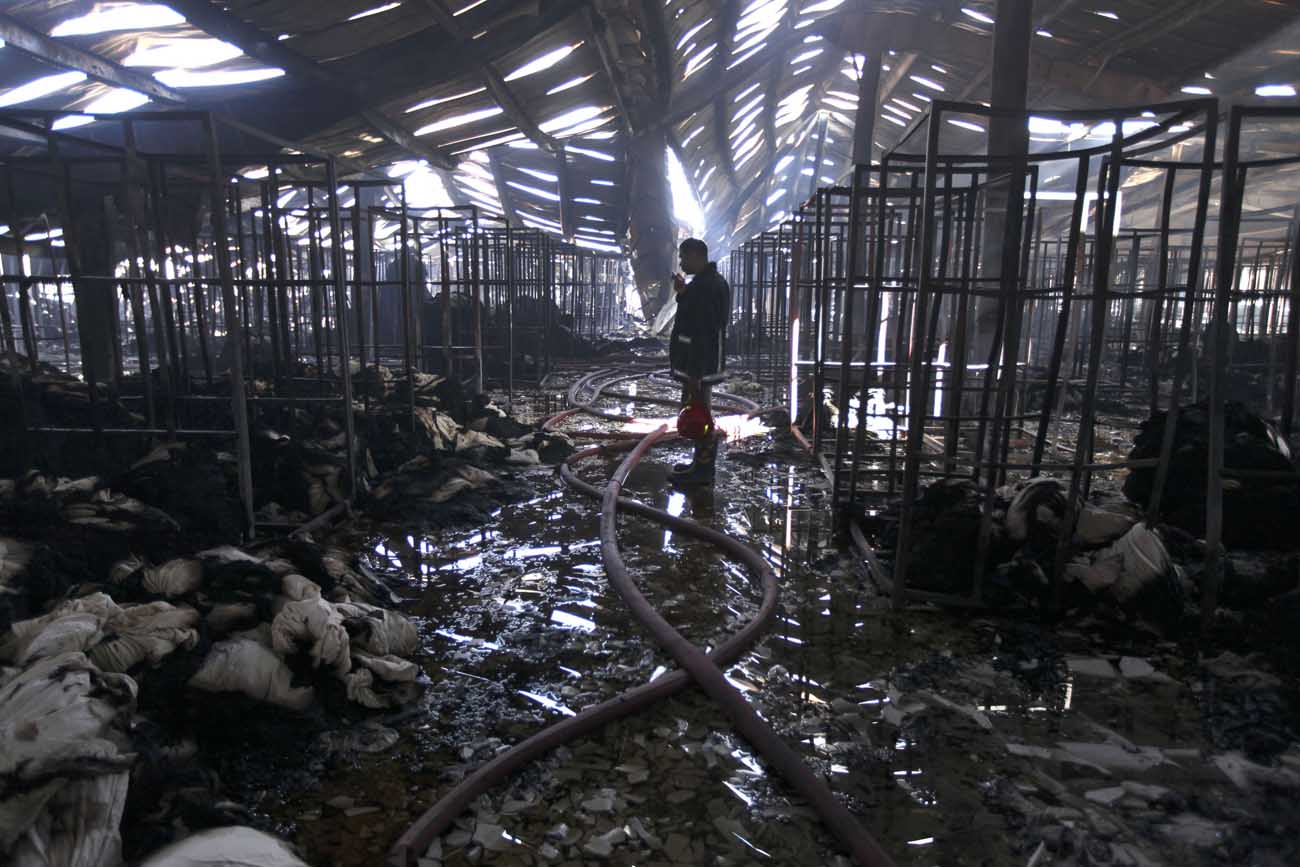 After more than 1,100 workers were killed and 2,500 others injured in the collapse of the Rana Plaza clothing factory in Dhaka, Bangladesh, in 2013, the Human Thread Campaign came into existence. Cox said the disaster is an example of what Pope Francis calls the “globalization of indifference.”

U.S. clothing companies, too, spoke out and vowed to make changes. H&M, Carters and other brands now claim that they monitor the factories in which their clothing is made. Asian wages have risen in response to criticism; Bangladeshi minimum wages have doubled to $68 a month and nearby countries offer slightly higher wages, according to Sheng Lu of the University of Delaware’s Department of Fashion & Apparel Studies.

But workers continue to suffer. The wages are still poverty wages — if the managers are paying minimum wage at all. Cox said there aren’t enough people to monitor the factories on a regular basis, which means that worker rights may be violated with no consequences, and even the clothing brands that claim to monitor their factories aren’t checking the supply chain thoroughly enough.

While systemic changes are slow in coming, Cox and Greenwood said Americans shouldn’t give up on this cause. Change can be made by raising awareness of clothing origins, changing purchasing habits and pressuring companies to think about where their clothing is being manufactured.

While living in India, Becke Dawson witnessed the horrors of sweatshops firsthand.

She observed young teens and women working on the floor for upward of 18 hours a day. “Home” for them was a wooden board not far from the factory, which served as a bed. After sleeping for a few hours, the workers would return to work to begin another long shift. She often saw children acting as “runners,” taking items from one place to the next.

It was heartbreaking enough to convince Dawson to try to make a difference. Once back in the United States, she began to sell fair trade items, which are made with the welfare of the worker in mind. She is the owner of SIS International in downtown Davenport.

Few people know where their clothing comes from, she added, but those who do can make a difference by building awareness, advocating for fair wages and making different purchasing decisions.

One option is to purchase fair trade clothing, which is primarily available in fair trade stores and online retailers.

Alicia Greenwood, a board member for the Ten Thousand Villages fair trade store in Iowa City, said it is harder to produce fair trade clothing than to produce jewelry and other handmade items. So many processes are involved in the production of apparel, from cotton-picking to thread-making to cloth production, dyeing and sewing of garments. To be certified fair trade, close monitoring at each step must occur to make sure employees receive a living wage and are treated with respect. Therefore, clothing is a little harder to find than other fair trade items, she said.

The Human Thread Campaign recently launched an initiative to encourage Macy’s and Kohls to offer fair trade brands in their stores. Consumers can download postcards addressed to the CEOs of these companies at www.humanthreadcampaign.org, print them and mail them.

While consumers might not be able to meet all their clothing needs through fair trade purchases, Greenwood suggested ethically minded shoppers can send a message to clothing companies by purchasing fewer items and then buying fair trade accessories and scarves to maximize a smaller wardrobe.

Of merchandise that is not fair trade, Dawson said tags “don’t tell the whole story.” Clothing changes hands an average of 11 times before it hits shelves, which means even U.S.-branded apparel may use fabric that was created or dyed overseas by poverty-wage workers. Still, she said U.S. apparel is still the best bet because it indicates that the garment manufacturer was subject to U.S. minimum wage requirements and worker safety laws.

Loxi Hopkins, a Davenport diocesan Social Action Office volunteer, recently called up the headquarters of her favorite brand to see where the clothing is manufactured and what kind of wages the workers receive.

“We could all be more aware of where our clothes are made and under what conditions,” she said. “Our bargains do come at a cost.”

Steele is a reporter for The Catholic Messenger, newspaper of the Diocese of Davenport.