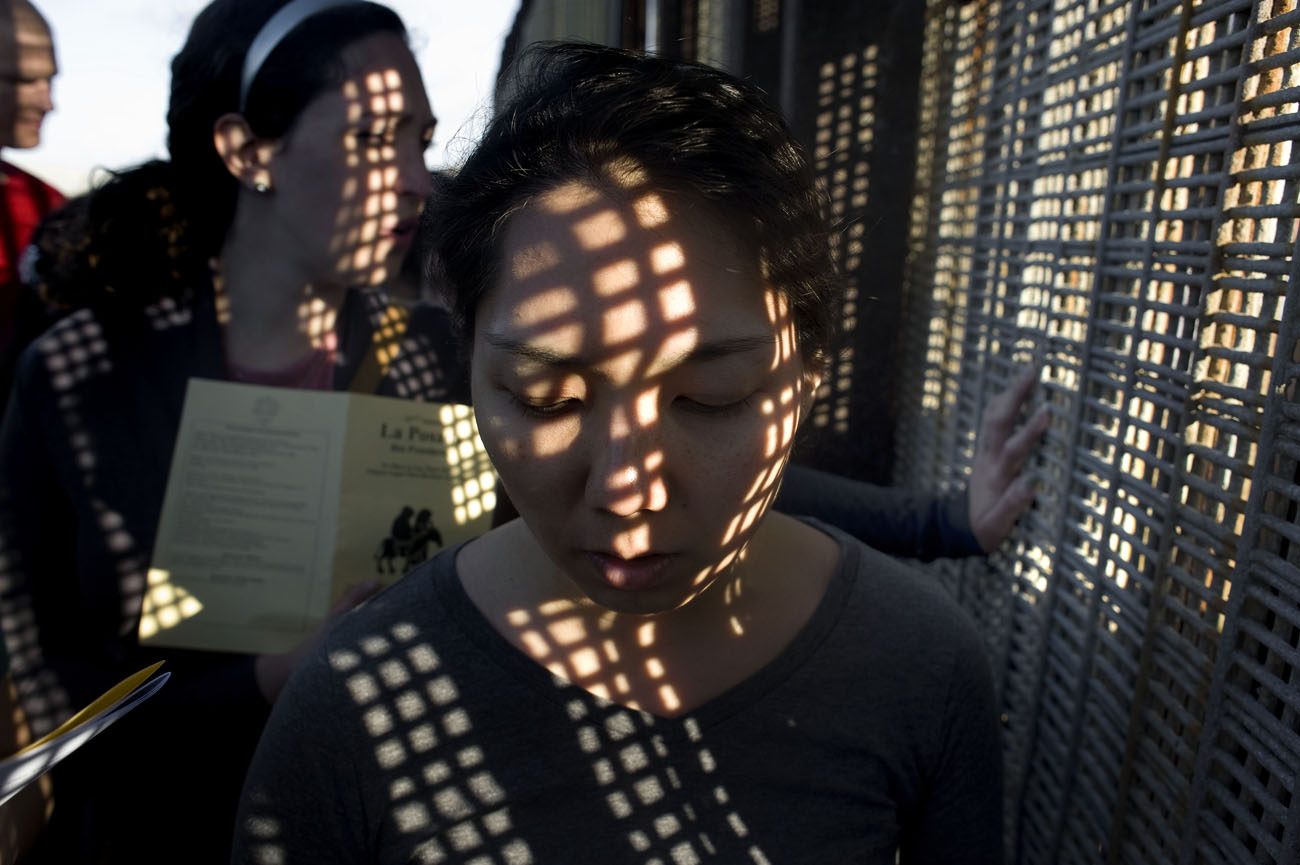 Kristina Yano of Los Angeles sings with others at the U.S.-Mexico border fence in San Diego during the 23rd Posada Sin Fronteras (Posada Without Borders) Dec. 10. (CNS photo/David Maung)

WASHINGTON (CNS) — The U.S. Conference of Catholic Bishops is establishing a working group charged with developing spiritual, pastoral and policy advocacy support for immigrants and refugees.

Cardinal Daniel N. DiNardo of Galveston-Houston, USCCB president, has named members of the working group, with the mandate of closely following developments related to immigrants and refugees in the United States. The USCCB Public Affairs Office announced formation of the group Dec. 16.

The groundwork for the working group was set during the bishops’ annual fall general assembly in Baltimore when several bishops suggested the conference closely monitor actions by the federal government that affect immigrants and refugees.

In announcing the working group, the Public Affairs Office said the bishops and USCCB staff will be ready to respond to any executive orders and legislation that the new Congress and President-elect Donald J. Trump may introduce.

The working group will inform the efforts of individual bishops in their pastoral responses to immigrants and refugees and recommend appropriate additional efforts as needed, such as the recent day of prayer on the feast of Our Lady of Guadalupe Dec. 12.

Meanwhile, Cardinal Blase J. Cupich of Chicago outlined some of the responsibilities of the working group in a column in the Dec. 11 issue of the Catholic New World, Chicago’s archdiocesan newspaper.

He said the group will look at what is being done pastorally in U.S. dioceses and will share best practices with bishops.

“Particular attention will be given to addressing the economic struggles, alienation, fear and exclusion many feel, along with the resistance to the church’s message regarding migrants and refugees,” Cardinal Cupich wrote. “Emphasis will be given to ways we can build bridges between various segments of society.”

The working group also will spearhead advocacy, building on existing USCCB efforts, and engage constructively with the incoming administration and Congress, the cardinal said.

The formation of the new entity, which Archbishop Gomez planned to convene weekly, “will send a message to those who live in fear that the Catholic bishops of the United States stand with them, pray with them, offer pastoral support and speak prophetically in defense of their human dignity,” Cardinal Cupich wrote.

He added that the Chicago Archdiocese will continue to “walk with all who, given our broken immigration system, live in the shadows. We will advocate for them as well as for refugees seeking a better life for their families.”

NEXT: Vietnam veteran uses ‘second chance’ to help others