Beyond expectations: Pope sees God of surprises at work in 2016 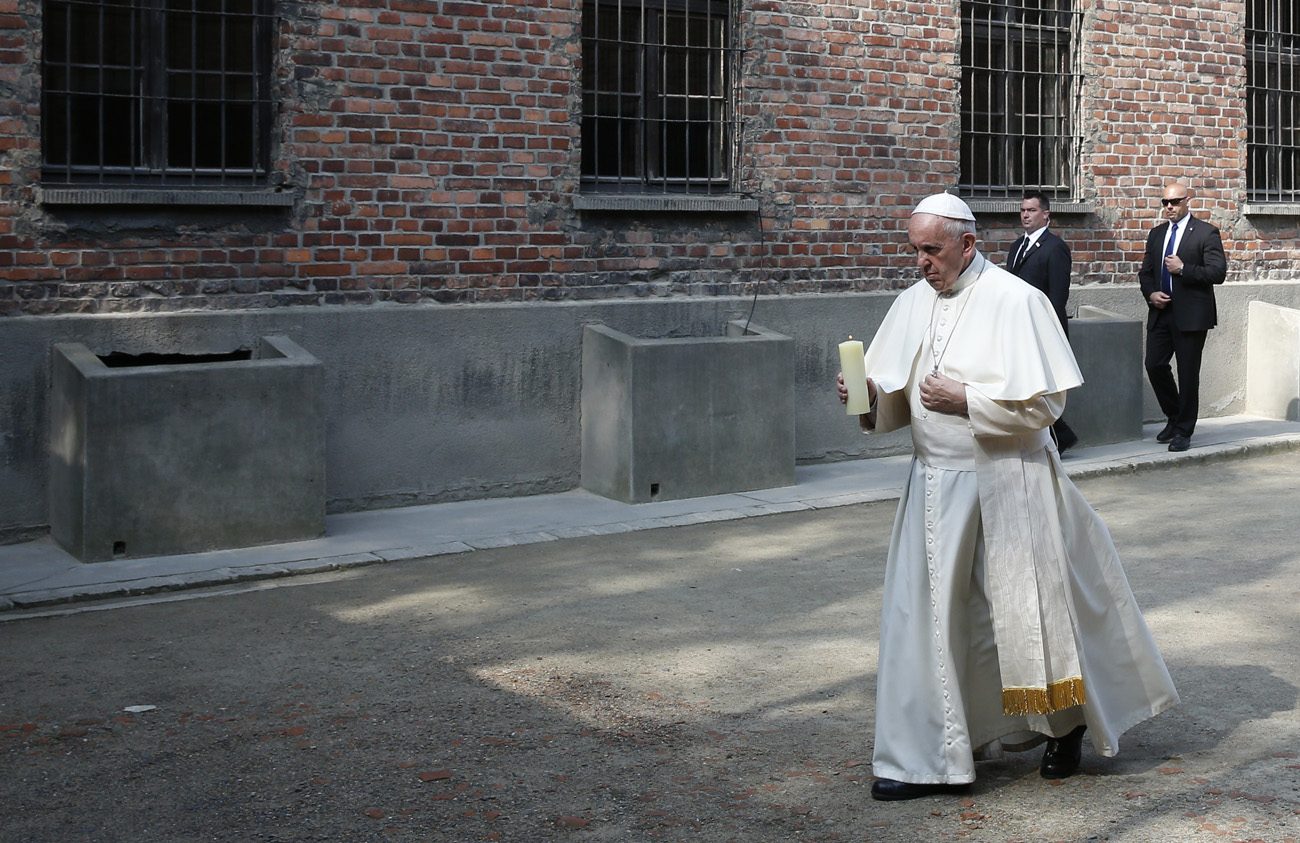 VATICAN CITY (CNS) — Pope Francis described 2016 as a “packed year,” one full of initiatives that helped Catholics “see and touch with their hands the fruits of the mercy of God.”

“The Lord always surprises us and goes beyond our expectations,” the pope said Nov. 28, looking back at what happened over the past 12 months, especially in events related to the Year of Mercy.

While the jubilee celebrations dominated the papal calendar, they did not halt other activities and responsibilities, nor other surprises.

After decades of work and hope and prayer, Pope Francis finally was the first pope to meet with the Russian Orthodox patriarch. He and Patriarch Kirill of Moscow met briefly in Cuba in February and signed a joint declaration.

In April, after visiting with refugees on the Greek island of Lesbos, Pope Francis — without prior announcement — brought 12 of them back to Rome with him. The Vatican is providing the funds needed for their living expenses and the Rome-based Sant’Egidio Community is helping them with language lessons and logistics. The 12 all had the legal paperwork necessary to move to Italy.

In May, Pope Francis held a dialogue with the superiors general of women’s religious orders from around the world. One of the women asked him to establish “an official commission to study the question” of the identity and role of the women described as deacons in the New Testament and early Christian writings.

The pope agreed and later named six men and six women to the commission, in addition to commission president Archbishop Luis Ladaria Ferrer, secretary of the Congregation for the Doctrine of the Faith. The commission held its first meeting in late November.

Here’s a look back at some other items from the pope’s 2016 diary:

— In January, Pope Francis became the third modern pope to visit Rome’s main synagogue. He told the congregation that while the Catholic Church affirms that salvation comes through Jesus, it also recognizes that God is faithful and has not revoked his covenant with the Jewish people. He paid special tribute to a handful of Holocaust survivors present for his visit, saying, “their sufferings, anguish and tears must never be forgotten.”

— In February, his meeting with Patriarch Kirill took place during a stopover on his way to Mexico for a pastoral visit that included intense personal prayer at the Shrine of Our Lady of Guadalupe and a special Mass in Ciudad Juarez at a site just a few yards from the U.S.-Mexican border. He insisted the migration crisis is not just about numbers, but “names, stories and families.”

— In March, Pope Francis continued his practice of holding a Lenten penance service in St. Peter’s Basilica, going to confession and hearing confessions. The sacrament was a centerpiece of the Year of Mercy celebrations, and the pope told priests, “May every man and woman who comes to confession find a father; a father who is waiting, the Father who forgives.”

— In April, the Vatican released Pope Francis’ postsynodal apostolic exhortation on the family, “Amoris Laetitia,” insisting that God’s plan for the family is that it be built on the lifelong union of one man and one woman open to having children. The pope called for an overhaul of marriage preparation programs and for the prayerful accompaniment of Catholic couples whose marriages have failed.

— In May, Pope Francis received the Charlemagne Prize and delivered a major speech on his vision for a Europe that overcomes division, economic struggles and fear of immigrants. “We are asked to promote an integration that finds in solidarity a way of acting, a means of making history,” he said. “Solidarity should never be confused with charitable assistance, but understood as a means of creating opportunities for all the inhabitants of our cities — and of so many other cities — to live with dignity.”

— In June, in a small, family-like gathering, Pope Francis helped retired Pope Benedict XVI celebrate the 65th anniversary of his priestly ordination. Even in retirement, he said, Pope Benedict continues to serve the church and “truly contributes with vigor and wisdom to its growth” from the “little ‘Mater Ecclesiae’ monastery in the Vatican.”

— In July, Pope Francis joined hundreds of thousands of Catholic young people in Krakow, Poland, for World Youth Day and, like many of them, he paid a silent, prayerful visit to Auschwitz, the nearby Nazi death camp. At the closing WYD Mass, he told the young people, “God counts on you for what you are, not for what you possess. In his eyes the clothes you wear or the kind of cellphone you use are of absolutely no concern. He doesn’t care whether you are stylish or not, he cares about you! In his eyes, you are precious and your value is priceless.”

— In August, the pope made a brief visit to Assisi for the 800th anniversary of the “Pardon of Assisi,” a celebration of God’s forgiveness. Pope Francis ended his talk by asking the Franciscan friars and bishops present to go to one of the confessionals and be available to offer the sacrament of reconciliation. He, too, put on a purple stole and heard confessions.

— In September, Pope Francis canonized St. Teresa of Kolkata in the presence of hundreds of Missionaries of Charity, thousands of poor people assisted by the order and tens of thousands of Catholics from around the world. Mother Teresa, he said, was “a generous dispenser of divine mercy, making herself available for everyone through her welcome and defense of human life, those unborn and those abandoned and discarded.”

— In October, Pope Francis flew to Sweden to join Lutheran leaders beginning a yearlong commemoration of the 500th anniversary of the Protestant Reformation. The pope and Lutheran leaders, focusing on a common baptism in Christ and a common call of discipleship, formally pledged their communities would work together in peacemaking and social service.

— In November, the pope closed the Year of Mercy, but before doing so, he created 17 new cardinals, including three from the United States: Cardinals Blase J. Cupich of Chicago; Kevin J. Farrell, prefect of the new Vatican office for laity, family and life; and Joseph W. Tobin, recently appointed archbishop of Newark, New Jersey.

Meeting Nov. 28 with people who had been involved in coordinating Year of Mercy events, Pope Francis said: “Something truly extraordinary happened and now it must be inserted into our daily lives so that mercy becomes a commitment and a permanent lifestyle of believers.”