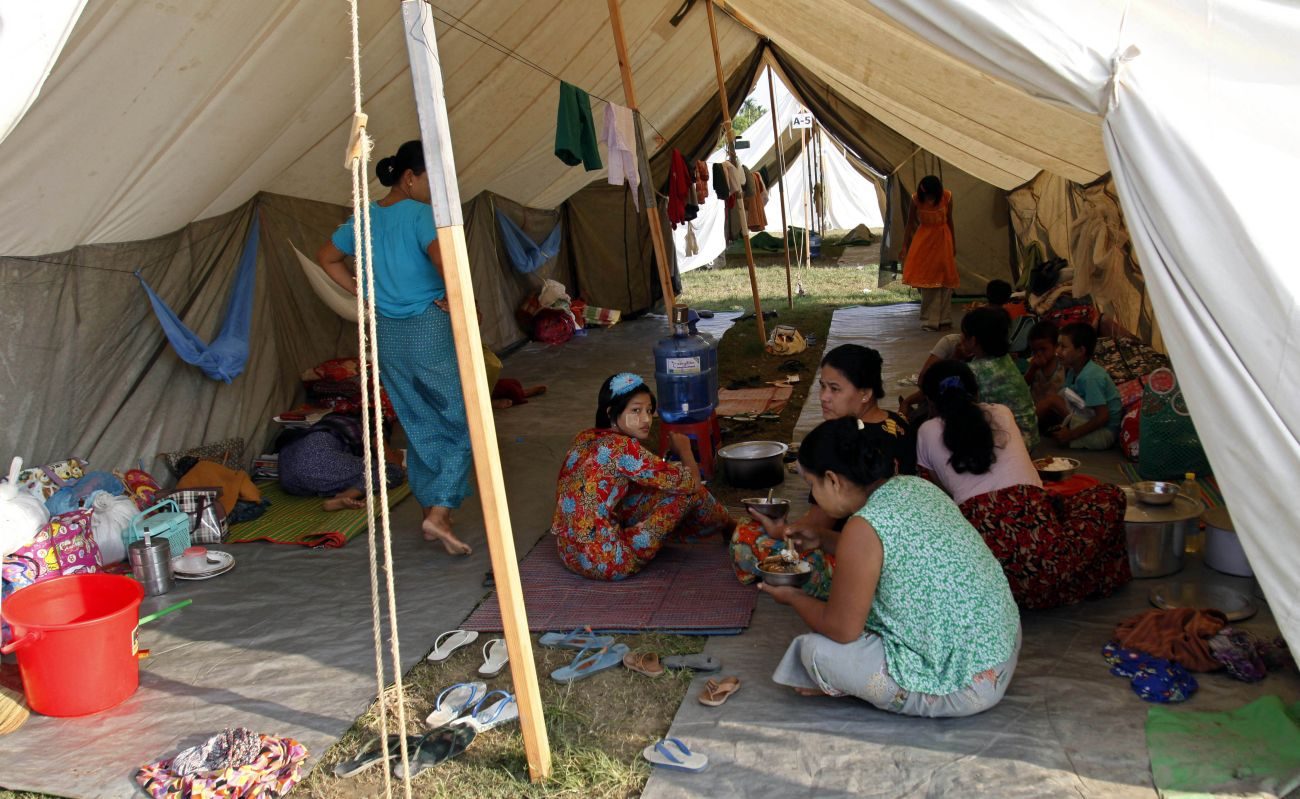 St. Francis Xavier Catholic Church in Mongkoe Township near the Chinese border was hit by airstrikes Dec. 3, the feast of St. Francis Xavier. Ucanews.com reported that the parish priest, nuns and some 1,000 Catholics from the area had already fled to China. No one was hurt by the morning raid that caused fires to burn well into the afternoon.

Bishop Philip Lasap Za Hawng of Lashio said that, once he was able to get the facts, he planned to write “the authorities, the military commander and chief minister of Shan state.”

The ethnic Kachin bishop called on the government to negotiate with all the armed groups, ucanews.com reported.

“We need all the armed groups to participate in peace talks,” he said.

More than 60 Christian churches have been destroyed in neighboring Kachin state since a long-standing cease-fire broke down in 2011, according to the British-based Christian Solidarity Worldwide.

The renewed conflict has intensified in northern Shan between the military and four ethnic groups, known collectively as the Northern Alliance.

Thousands of civilians fleeing into China prompted the Chinese authorities to deploy its military along the border, leaving 2,000 trapped and 10,000 more to take refuge in Manhai, Myanmar, a border town, according to aid workers.

Some 11 nongovernmental organizations, including Caritas, have urged authorities to uphold the rights of conflict-affected people.

“We fear that this increasingly volatile security and humanitarian situation will result in new, secondary and even tertiary displacement across Kachin and northern Shan states as we have already begun to see in the past few weeks with a devastating humanitarian impact,” the organizations said in a Dec. 1 statement.

PREVIOUS: Amid the darkness, hold fast to light of hope, pope says

NEXT: Hark the herald angels: How sacred music lifts up hearts