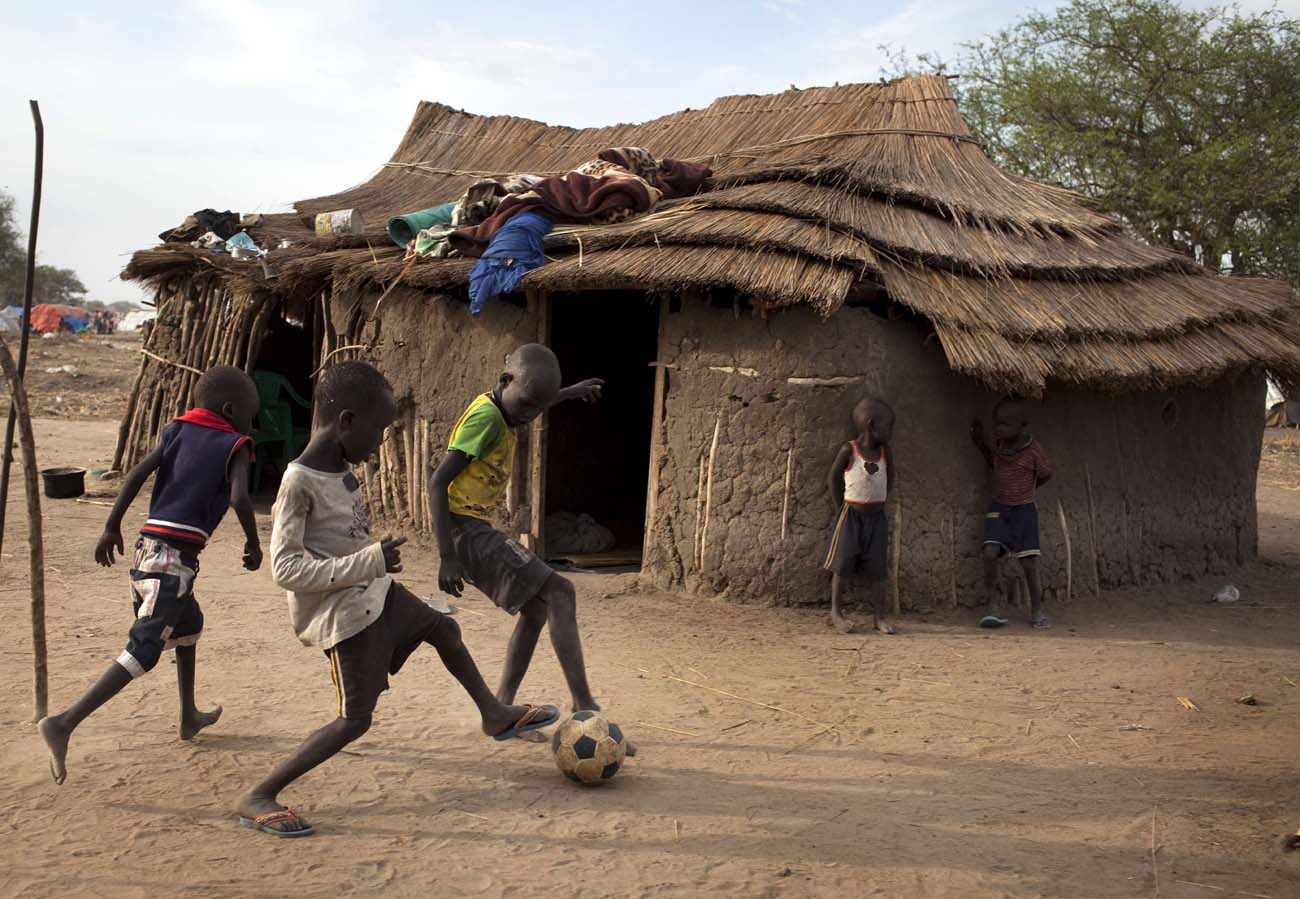 Children play soccer in 2014 at a camp for displaced people in Minkamman, South Sudan. Pax Christi International, the Catholic peace movement, said it will build up young people to contribute to peace and justice in Africa, noting that children are the continent's greatest resource. (CNS photo/Jim Lopez, EPA)

JOHANNESBURG (CNS) — Pax Christi International, the Catholic peace movement, said it will build up young people to contribute to peace and justice in Africa, noting that children are the continent’s greatest resource.

Young people could “contribute to the development, well-being and peace” of Africa, Pax Christi members said in a statement from a Dec. 5-9 conference on “Nonviolence in Africa: Creating a Future of Hope” at the Denis Hurley Peace Institute.

The statement on a culture of peace and nonviolence was read by Pax Christi Co-Presidents Marie Dennis, a laywoman from Washington; Bishop Kevin Dowling of Rustenburg, South Africa; and retired Bishop Paride Taban of Torit, South Sudan.

Pax Christi consists of more than 100 organizations around the world, and about 30 of these were represented at the Johannesburg meeting, which drew participants from nine African countries, including South Africa, South Sudan, Kenya, Zimbabwe and Lesotho.

Parochialism, intolerance, extremism and violence are on the rise, the statement said.

“The huge investment in the militarization of peace and conflict could be channeled toward active nonviolent peacebuilding approaches,” it said.

Affirming that the “life, dignity, rights and well-being of each person should be at the center of all our work,” they said they are encouraged by the African Union’s commitment “to silence the guns in Africa by 2020.”

Member organizations will “create avenues for empowering young people with moral, spiritual, and ethical values as well as practical skills that enable them to contribute more effectively toward a stable, just and peaceful Africa,” the statement said.

Conference participants said they will work with like-minded organizations on issues such as migration, human trafficking and social justice, and will “mobilize our various constituencies to promote peace and reconciliation in countries and communities currently experiencing violence.”

They called for “investment in active nonviolence mechanisms as an alternative means of resolving conflicts.”

The Pax Christi members committed themselves to improving their ability to host peace talks among adversaries at all levels, using “home-grown, faith-based approaches that promote nonviolent means” of conflict resolution.

They called on religious leaders “to lift up the vision of nonviolence in their preaching and teaching ministry.”

Also, governments and political leaders should respect human rights and “invest in and promote a culture of peace and active nonviolence,” the statement said.