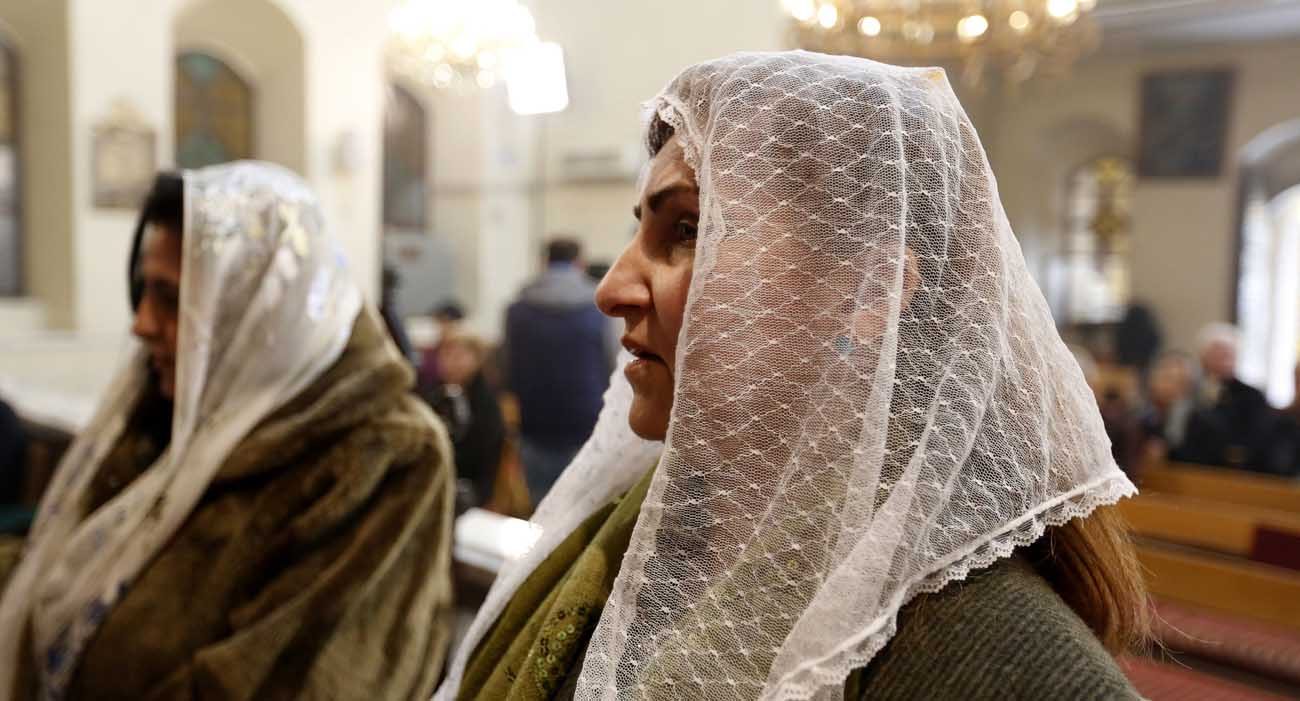 Armenian Christians attend Mass in Damascus, Syria, Jan. 6. Msgr. Janusz Urbanczyk, the Vatican's permanent representative to the Organization for Security and Cooperation in Europe, said Dec. 14 that governments need to report, condemn and address all forms of discrimination against Christians, including intolerance shown in the media and public debates. (CNS photo/Youssef Badawi, EPA)

VATICAN CITY (CNS) — Governments need to report, condemn and address all forms of discrimination against Christians, including intolerance shown in the media and public debates, said a Vatican diplomat.

“The peaceful contribution of religion to public life seems not only to be rejected, but also contested” in many areas, said Msgr. Janusz Urbanczyk, the Vatican’s permanent representative to the Organization for Security and Cooperation in Europe.

And wherever “fundamental freedoms are questioned, security also can be endangered,” he said Dec. 14, during a special conference in Vienna on combating intolerance and discrimination against Christians across the OSCE region, which includes 57 countries in Europe, Central Asia and North America. He made three different speeches on the topic during the course of the day’s many sessions.

Msgr. Urbanczyk said that even though the OSCE region does not see “blatant and violent persecution” of Christians like in some parts of the world, “manifestations of intolerance, hate crimes and episodes of violence or vandalism against religious places or objects continue to increase,” he said.

In addition, he said, “offending, insulting or attacking Christians because of their beliefs and their values, including in the media and in public debate, based on a distorted and misinterpreted concept of freedom of expression, often goes uncontested.”

This “worrying trend,” he said entails “aggressively orchestrated actions, especially in the media and in public discourse, against Christians and all others who express peacefully their religious views, traditions and values.”

“This seems to be true in particular for those who defend human nature from being reduced to mere matter and from the new ideological colonization that invades human thought, under the pretense of virtue, modernity and new attitudes, and which is contemptuous of reality as God has created it,” he said.

“Freedom of expression on these issues seems to be threatened, and believers who share publicly their convictions are often labeled as intolerant or accused of bigotry,” he added.

The monsignor called on member states to act decisively to protect Christians “and to address properly, including by adequate legislative measures, all cases of intolerance, discrimination, hate crimes, and violent incidents.”

He said the Holy See also encouraged them “to address the new forms of discrimination, including in the mass media and in public debates, and report and condemn these incidents promptly.”

It is only when government authorities protect and promote tolerance and nondiscrimination can peace and security be assured and a peaceful environment be fostered “where Christians, as well as all other religious groups, can freely profess and practice their faith.”

NEXT: ‘Who is waiting for you?’ Filipino Catholics celebrate Simbang Gabi