Pope meets with Colombian leaders at odds on peace deal 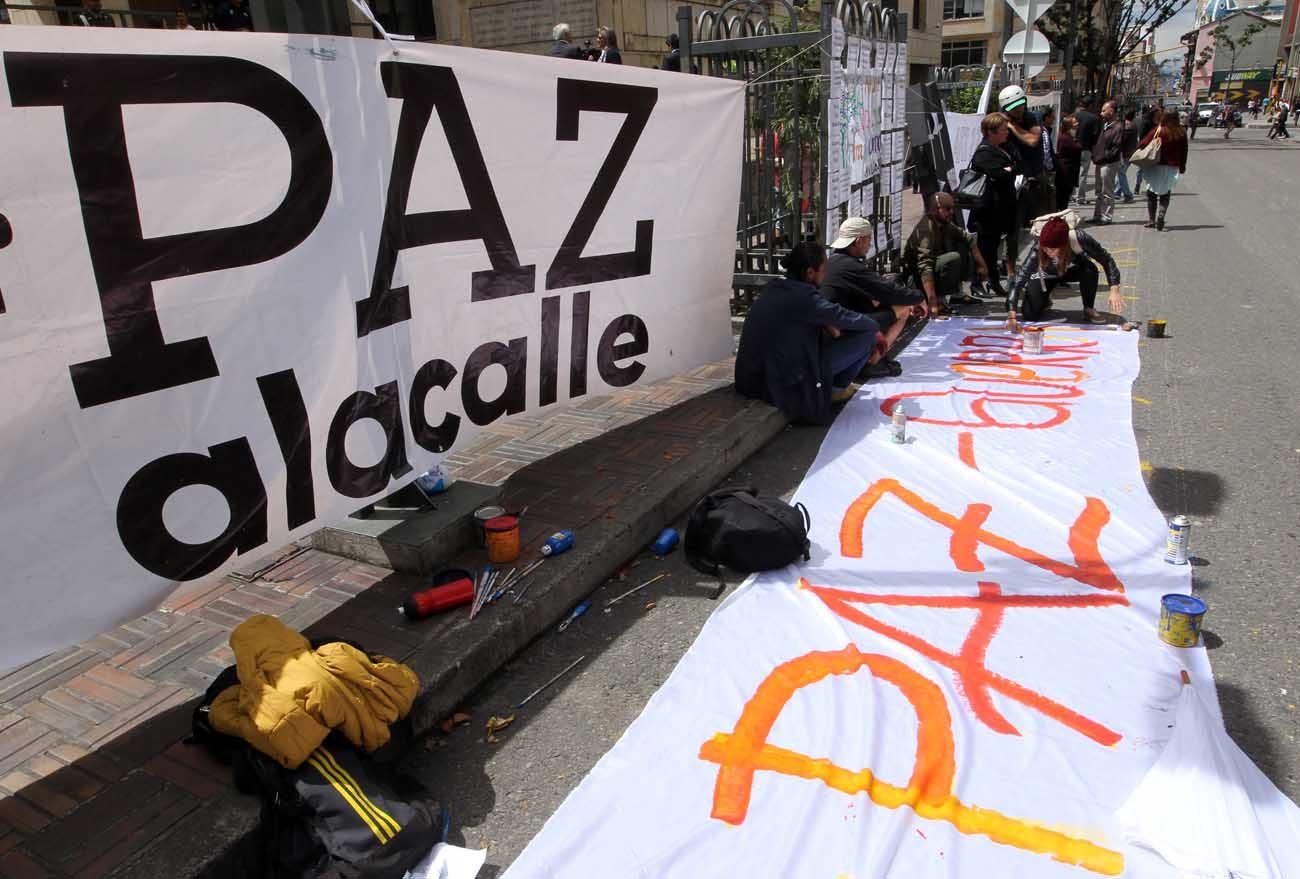 VATICAN CITY (CNS) — Pope Francis met with the current and former presidents of Colombia, two leading figures in the country at opposite sides of a controversial peace agreement that puts an end to a decades-long civil war.

President Juan Manuel Santos and former president Alvaro Uribe met individually and together with Pope Francis Dec. 16 at the Vatican.

Upon his arrival, Santos appealed for the pope’s support following a shaky start to a peace deal ending more than 50 years of civil war between government forces and the guerrilla group FARC, the Spanish acronym for the Revolutionary Armed Forces of Colombia.

The civil war is responsible for the deaths of more than 220,000 between 1958-2013 and left countless missing or displaced, according to Colombia’s National Center for Historical Memory.

“We need your help,” Santos told the pope before the start of their private meeting.

According to a statement released by the Vatican, the president expressed appreciation for the pope’s support of the peace process “along with the hope that such peace be stable and lasting.”

“In this regard, the parties highlighted the importance of encounter and unity between the Colombian political parties and the commitment of FARC while the local church will be able to offer her contribution in favor of national reconciliation and education in forgiveness and harmony,” the Vatican said.

Following their meeting, Santos gave the pope a pen made from a .50-caliber bullet, one of many used to sign the peace agreement. Inscribed on the pen were the words, “Bullets wrote our past, peace writes our future.”

The president also presented the pope with a small porcelain sculpture of orchids, explaining that “these orchids are a symbol of peace.”

The pope gave Santos a peace medallion depicting an olive tree holding together two pieces of a fractured rock along with a copy of his message for the World Day of Peace.

Santos was also given hardbound copies of the pope’s writings, including a copy of his encyclical “Laudato Si’, on Care for Our Common Home.”

Although recognized for his efforts with this year’s Nobel Peace Prize, Santos has faced staunch criticism for his concessions to FARC during the peace process.

Voters rejected the first peace accord in an Oct. 2 referendum that guaranteed guerrillas would not face jail time for their crimes and awarded them seats in Congress.

A revised peace deal was signed Nov. 24 between the government and FARC. However, the agreement was not put to a vote, but was sent to Congress for approval. The House of Representatives, where the president’s governing coalition holds a majority, approved the plan Nov. 30.

Uribe, who now serves as a senator, was among the president’s strongest opponents of the deal and successfully led the “No” campaign leading up to the Oct. 2 referendum.

Pope Francis spoke with Uribe privately for 20 minutes before Santos joined them. The three leaders spoke for 25 minutes, the Vatican said.

“The pope spoke about the ‘culture of encounter’ and emphasized the importance of sincere dialogue between all members of Colombian society at this historical moment,” the Vatican said.

Greg Burke, Vatican spokesman, noted that after the meeting, both leaders asked Pope Francis to bless their rosaries.

He also denied several news reports that said the Vatican hastily arranged Uribe’s visit and paid for a chartered flight to Rome.

Excusing himself from the Senate Dec. 15, Uribe said he received a last-minute call by Cardinal Pietro Parolin, Vatican secretary of state, to attend a meeting with the pope, according to the Associated Press.

“It’s not like the pope woke up two days ago and told Cardinal Parolin” to invite Uribe, Burke told journalists Dec. 16. “Rather, it’s what I like to call ‘quiet diplomacy,’ ‘discreet diplomacy.’

“Once he realized that it was possible to have both together, the pope took advantage of the situation. When he sees the possibility of contributing toward peace, he takes advantage of it,” Burke said.

While Santos has said that the pope plans to visit Colombia in 2017, Burke reminded journalists that the pope said he would visit only if the people of Colombia were in favor of the peace agreement.

“I have said that when the peace process in Colombia — if it succeeds — I would like to go when everything is ‘airtight,'” the pope told journalists Oct. 2 on his return flight to Rome from Azerbaijan, several hours before the voters rejected the first peace agreement.

“It all depends on that. And the peace process will be resolved today, in part, with the people’s voice: It is sovereign. What the people say, I believe, must be done,” the pope said.