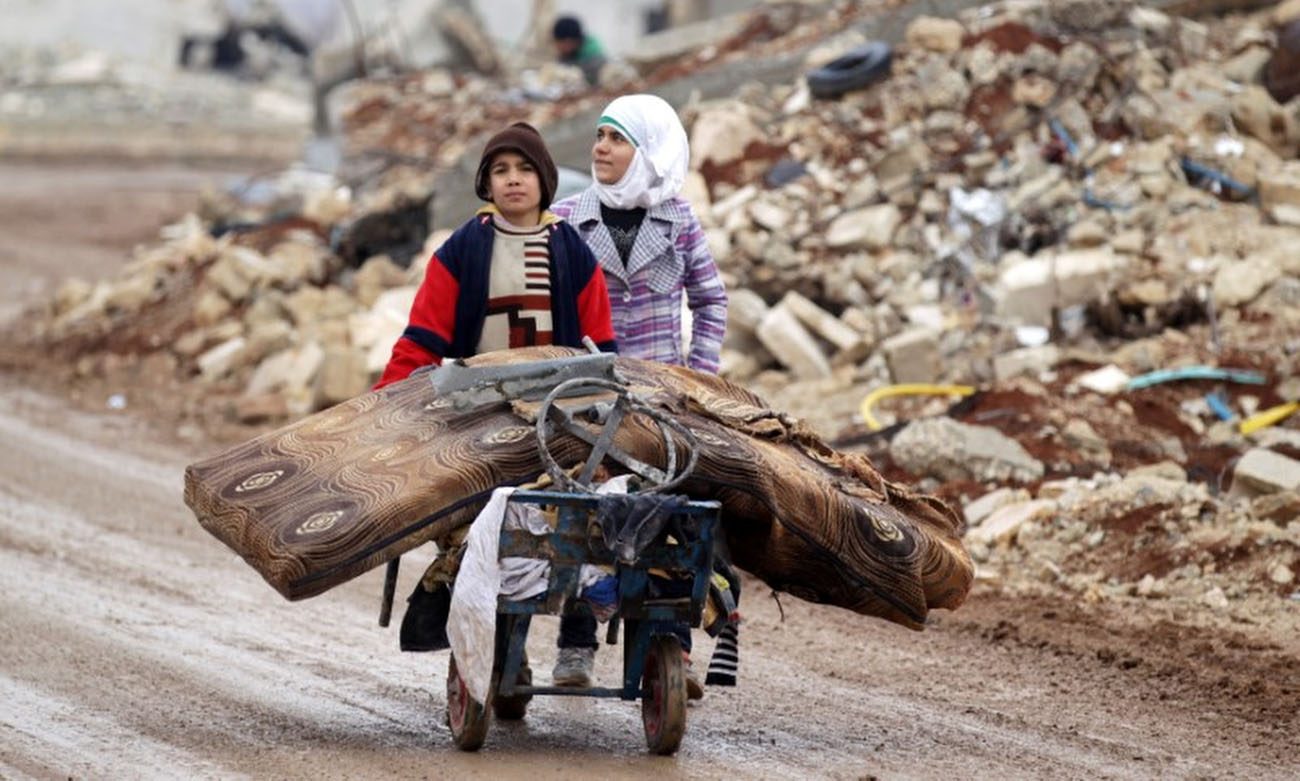 WASHINGTON (CNS) — Syrians don’t want to leave their homeland, they want a safe place to live in peace, said a Franciscan friar from Aleppo, Syria, who spoke on Jan. 5 with the Archdiocese of Washington’s Holy Land Committee.

Franciscan Brother George Jamal, who is originally from Aleppo, said even though the situation in his homeland is complicated, it is important to learn about it and if people feel inclined to do something, they can learn about the different aid groups in the region to see how to best help.

By some estimates, 5 million Syrians have left the country since the country’s conflict began in 2011. That includes some members of Brother Jamal’s family.

“My family, too, wants to be back after the war is finished,” he said, during the informal meeting, aimed at learning more about region. “It is home.”

Recently, the Syrian government retook control of Aleppo after months of heavy fighting with rebel groups. It had been the largest city in the country before the conflict. Last year, Staffan de Mistura, United Nations Special Envoy for Syria, said the conflict has left 400,000 deaths in its wake and millions of people displaced as they have left to find safety in other countries.

Brother Jamal said some of his friends had died in the conflict and one of his family homes was destroyed. When he visited a few years ago, after being away while studying, he said he felt “like a stranger” in his homeland. Aleppo has more checkpoints, more destruction, but even in conflict, people find a way to hold on to whatever stability might be available, he said in an interview with Catholic News Service.

Christians are still carrying on with celebrations and customs, he said, and sometimes he still is able to see part of normal life through his friends’ posts on social media, the way any other 26-year-old keeps up with friends. But he said he has a feeling that what he knew of his city of Aleppo only exists now in his memory.

As he studies elsewhere and awaits ordination, Brother Jamal still dreams of one day returning home and helping the youth of Syria and those who have faced the decision to leave.

When members of the committee asked what would be the best path for the country and best way to help, he encouraged them to keep open minds about the situation, which is hard to compare to other conflicts, to pray, to send material help but also to consider the right situation for the people of Syria that can “help people to stay, not to get out.” Even those who leave want to return home, he said, but they’re looking for peace and safety.

Syria is an important place to Christianity. It is known to Christian pilgrims who visited the country before the conflict and made treks to locales such as the Memorial of St. Paul, the place where he converted to Christianity, and the house were Ananias baptized him. Both places are in or near Damascus, Syria.

NEXT: How will U.S. policy affect Middle East’s Christians in 2017?