How will U.S. policy affect Middle East’s Christians in 2017? 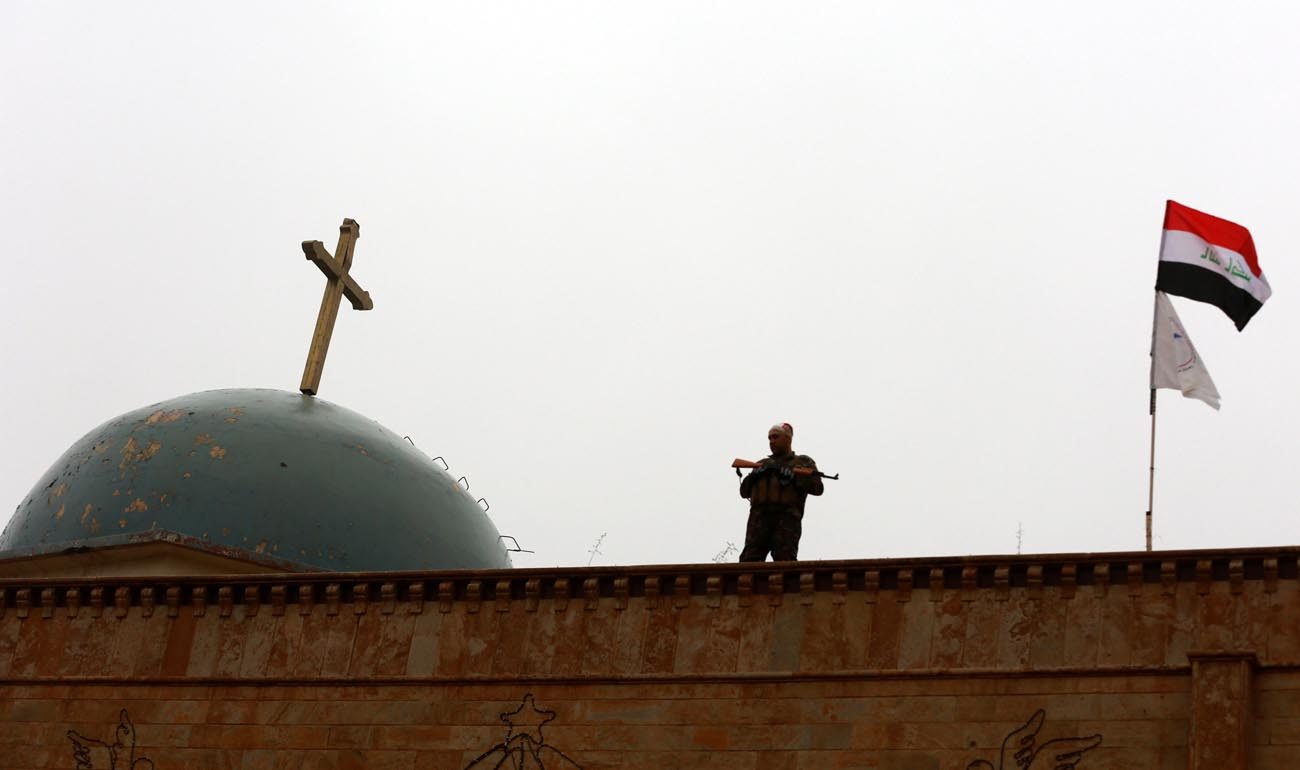 WASHINGTON (CNS) — A wide variety of issues, both domestic and foreign, have been raised during the presidential transition. One that hasn’t received much notice is the situation of the beleaguered Christian community in the Middle East.

Given the interest in, and media coverage of, those other issues, it’s an open question as to just what the United States would do for the Middle East’s Christian minorities under the presidential administration of Donald J. Trump.

Rep. Chris Smith, R-New Jersey, said he would reintroduce a bill he first introduced in September that would ensure U.S. aid specifically reaches Christian refugees and internally displaced people in the region.

Another feature would be to allow genocide victims — “at least the persecuted Christians,” Smith said — to apply as a family and get asylum in the United States. “It gives him the ability to get the interviews. It doesn’t guarantee that they will become an asylee in the United States, but it gives them the opportunity.”

Smith said he gave a copy of the bill Jan. 4 to Vice President-elect Mike Pence. “I told him that everything in this bill you could do administratively,” he added.

Stephen M. Colecchi, director of the Office of International Justice and Peace at the U.S. Conference of Catholic Bishops in Washington, was leaving for a mid-January fact-finding mission in the region, with the first stop being Irbil, Iraq, a Kurdish-controlled zone in the northern part of the country where many Iraqi Christians have fled.

Two of Colecchi’s traveling companions will be Bishop Oscar Cantu of Las Cruces, New Mexico, chairman of the USCCB’s Committee on International Justice and Peace, and Bill O’Keefe, vice president for government relations and advocacy at Catholic Relief Services.

“I imagine we will meet with a fair number of internally displaced Iraqi Christians. We will also be meeting with some Syrians who have fled to the Kurdish region because of the violence there,” Colecchi told Catholic News Service. Also on the itinerary are visits to CRS projects that assist all groups, including Yezidis and Shiite Muslims, “who have been affected by the terrible conflict,” he said.

The U.S. bishops’ stance on policy matters relies in large part on the experiences of the bishops in the affected region or country. “We look for situations where there is clear church teaching, guided by the local church,” Colecchi said. “We consult with the Holy See and make sure our positions are consistent with the Holy See. And we look for situations where the United States can make a difference. The United States is heavily involved in the region and needs to take leadership to help those who are suffering.”

“There’s lots of confusion” when it comes to consensus on solutions, said Michael LaCivita, communications director for the Catholic Near East Welfare Association, a Vatican agency.

“There’s lots of folks advocating for their people to return to their native communities, the ones that have been freed or liberated. The problem is that 80 percent of these places have been destroyed. There’s a lot of rubble. In order for people to return to their villages and their towns, they need proper housing, and they need infrastructure and they need security — and guarantees that they’re not going to be exposed as they were a few years ago.”

“No one knows what the future will hold,” LaCivita added. “Should we have safe havens? Christians are saying no,” he said. “‘How can we be Christian witnesses to the Gospel if we live in the Christians-only zones?’ Others are calling for the swift emigration of Christians out of the Middle East.

The Department of State’s declaration of the Islamic State’s murderous sprees since 2014 as genocide “allowed the international community to come full circle and really realize the gravity of the situation. Communities were being wiped off the face of the earth. They were going extinct, basically,” said Philippe Nassif, executive director of In Defense of Christians.

Nassif said the fate of Christians will improve in some places, but likely not in others, citing “fundamentalism” in Egypt directed against the nation’s Coptic Christians.

In Defense of Christians has the creation of a Christian autonomous region in the Ninevah Plain of Iraq as one of its legislative priorities. Another is to have Congress recognize the genocide with aid money to relieve its effect. A third is to support the security and stability of Lebanon, which Nassif noted has “the most populous and stable Christian population” and which could serve as a model for political cooperation between Christians and the majority Muslim populations elsewhere in the region.

“To be honest, I find that politicians from both parties and the Congress seem to be very concerned about the crisis in the region,” Colecchi said. “I know there have been dramatic increases in U.S. assistance.” However, Smith complained to CNS about U.S. funds being sent to U.N. High Commissioner for Refugees camps, where very few Christians have gone.

Colecchi added, “What I’m fearful of is that political commitment will come up against fiscal challenges. It’s in our best interest that the fabric of those communities be re-knit. It will be interesting to see. Most Americans, if you ask them, are quite supportive of federal aid, and they think it’s about 20 percent of the federal budget. When you ask them how much it should be, they think, not that much, about 10 percent. When you tell them that it’s less than 1 percent of the budget, they’re shocked.”

CNEWA’s LaCivita is grateful for the more than $9 million generated from a special collection in fall 2014 to help Middle East Christians. CNEWA received 25 percent of that, and CRS the other 75 percent. But absent stability, cash infusions are not a cure-all.

Regardless of whether the Christians are in Iraq, Syria or the Palestinian territories, he said, “If the prospects for peace and economic and political stability are grim, then so is their future.”

NEXT: Cardinal Tobin looks to bridge chasm between faith, life in anxious world