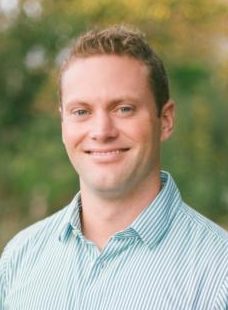 All of the pieces of his life seem to have fallen into place.

The 31-year-old is a newlywed, married in September to his wife, Jacqueline. He enjoys the love of his family and a supportive community of friends. He has found fulfillment in a rewarding ministry. And he recently finished his first book, which will be published in late 2017.

What a difference five years makes.

Flashback to Oct. 9, 2011, when Weeman had hit bottom and, in a long-distance call to his parents and a few remaining close friends, admitted that he needed help.

He had gone through “nine years of darkness,” enslaved by an alcohol and drug addiction that damaged some of his closest relationships, cost him a full-tuition college scholarship and resulted in two driving under the influence charges and several underage drinking citations. Even after making the decision to sober up, he doubted whether he would ever be able to make up all the years he had wasted.

“What’s funny is that … I thought that my life was over at the young age of 26 … and that really the rest of my life would be playing catch-up,” he said.

But, as it turned out, that wasn’t the case at all.

“God has awoken me to believe … that I can use my dark past as a great asset to help others,” said Weeman, founder of the nonprofit organization Catholic in Recovery.

Started in spring 2015 as nothing more than a blog, it received its nonprofit status in April. The organization’s roots can be traced back to a discovery that Weeman made shortly after embracing sobriety, when he began attending meetings for recovering alcoholics and simultaneously getting more actively involved in the church.

Through his addiction, Scott Weeman was “humbled” to the point that he was willing “to give a personal relationship with God a chance.” He ultimately came to accept “how much (God) loves me and how much he was willing to pursue me, even when I was hiding from him as much as I could.”

He said he found that the spiritual principles that were the foundation of both the church and addiction recovery programs “were really the same tenets.”

Catholic in Recovery offers addiction recovery resources within the context of Catholic spirituality and “the life-giving sacraments of the church,” he explained.

The organization has collaborated with parishes and schools, enabling them to improve their outreach to those struggling with any form of addiction, whether alcohol, drugs, pornography, sex, gambling or food.

The website CatholicInRecovery.com is home to a blog as well as a host of resources for those seeking help and encouragement on their path to recovery. Weeman also speaks at parishes throughout the Diocese of San Diego. In October, he addressed a school assembly at Cathedral Catholic High School in Carmel Valley, as well as speaking at the Diocese of Fresno’s annual congress.

In January, Catholic in Recovery was to begin hosting twice-monthly meetings at San Diego’s St. Joseph Cathedral for anyone whose life has been impacted by addiction.

Growing up in a small town in Wisconsin, Weeman was 17 when he had his first drink. He soon began taking drugs, beginning with marijuana.

After moving to New York City for college, he transitioned from social drinking and recreational drug use to addiction. He was using alcohol or drugs — “usually both” — on a daily basis, and he found himself needing more and harder drugs, including cocaine, to reach the same high. He even began selling marijuana.

In 2010, Weeman moved to San Diego. He was still drinking excessively and using drugs at the time, but sobriety was just around the corner.

“By the grace of God, about a year later, I had reached my bottom, lost practically everything that I had, minus some close friendships that I had back home (and) the unconditional love of my family, and called for help,” he said.

After that long-distance phone call, Weeman entered a substance abuse recovery program and also got involved with the young adult community at St. Brigid Parish in the Pacific Beach neighborhood of San Diego.

Through his addiction, Weeman said, he was “humbled” to the point that he was willing “to give a personal relationship with God a chance.” He ultimately came to accept “how much (God) loves me and how much he was willing to pursue me, even when I was hiding from him as much as I could.”

Though it has taken time, Weeman has rebuilt his life. He has repaired many of the relationships that that were damaged by his addiction. After several semesters at a local community college, where he worked to improve his grades, he was accepted into Point Loma Nazarene University and is set to graduate in May.

Weeman remembers being told five years ago that “the key component” in his own recovery would be to take “the great gift” of freedom and hope that he had received and to share it with others. He still believes that, and that’s what he hopes to accomplish through Catholic in Recovery.

By ministering to those still in the throes of addiction or in the process of recovery, Weeman said, he is constantly reminded of the darkness he experienced and through which he passed.

“One of the gifts is that I never lose sight of what it was like and that helps bring a lot of gratitude into my daily life.”