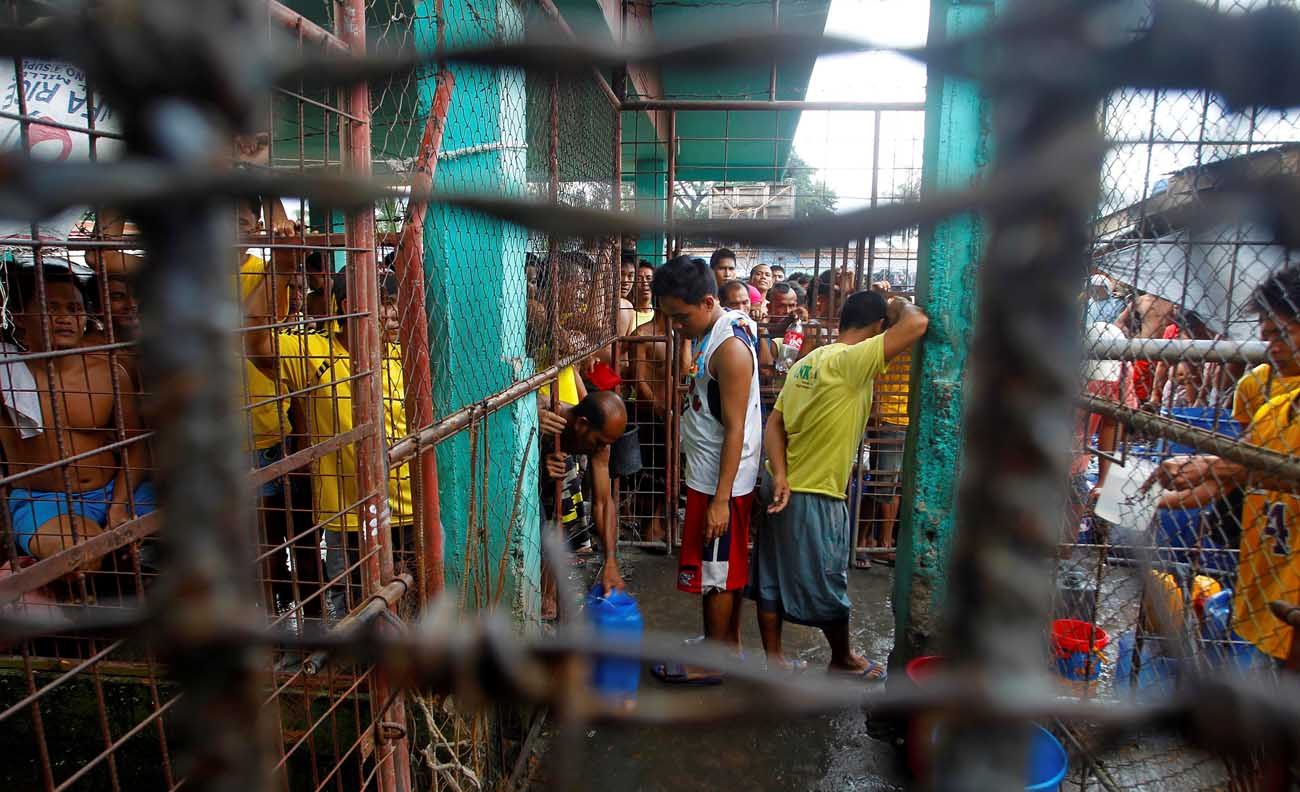 Inmates gather inside a prison Jan. 4 in North Cotabato, Philippines. In the wake of a deadly riot in a Brazilian jail, Pope Francis called for all prisons to offer dignified living conditions and be places for true rehabilitation. (CNS photo/Marconi Navales, Reuters)

VATICAN CITY (CNS) — In the wake of a deadly riot in a Brazilian jail, Pope Francis called for all prisons to offer dignified living conditions and be places for true rehabilitation.

He expressed his sorrow and concern over the “massacre” in the Amazon city of Manaus, “where a very violent clash between rival gangs” resulted in at least 56 deaths.

The riot began Jan. 1 and authorities regained control early Jan. 2. Prison gang members took other prisoners and some guards hostage, decapitated or mutilated some of their victims and shot at police, according to early reports.

During his weekly general audience at the Vatican Jan. 4, the pope asked people to pray for those who were killed, for their families and for all inmates and employees at the Manaus detention facility.

“I renew my appeal that penitential institutions be places of re-education and social reintegration and living conditions for inmates be fit for the human person,” he said.

He invited everyone to pray for all prisoners in the world, and that prisons not be overcrowded, but about rehabilitation.

PREVIOUS: When a mother loses a child, reach out with tears, not words, pope says

NEXT: Hope, not optimism, is needed to rebuild, pope tells quake survivors