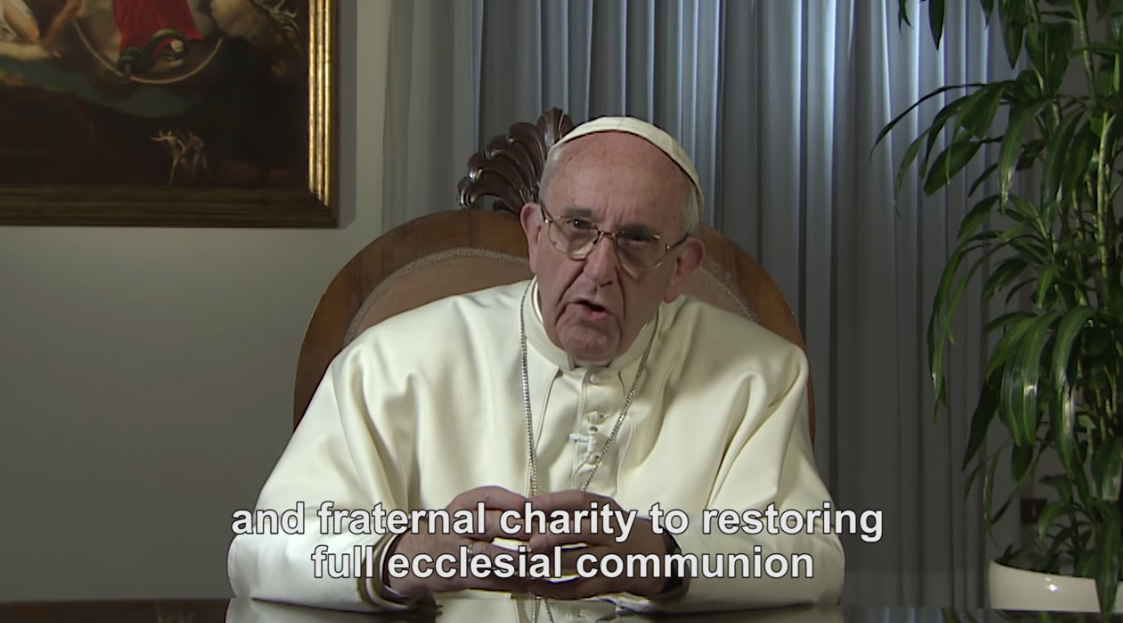 The 90-second, personal explanations in “The Pope Video,” first launched in January 2016, encouraged people to join an estimated 50 million Catholics who already had a more formal relationship with The Pope’s Worldwide Prayer Network — better known by its former title, the Apostleship of Prayer.

The prayer network, which is more than 170 years old, continues to evolve.

After the debut in 2016 of the monthly video on www.thepopevideo.org, the new year began with Pope Francis adding a second monthly intention — an urgent prayer appeal. For January the appeal was for the homeless struggling with cold temperatures and indifference.

For decades the Apostleship of Prayer distributed two intentions for each month: one focused on needs in mission territories and the other on a matter considered more universal. The lists were published a full year in advance after going through a long process of collecting suggestions, getting input from Vatican offices and being translated.

The January 2017 universal intention is for “Christians serving humanity” (below).

Pope Francis has decided now that the prepared list of prayer intentions will alternate each month between a missionary concern and a universal one. The second prayer for the month will be announced at the beginning of the month by the pope during his Sunday Angelus address.

The urgent intention will then be shared with members of the prayer network through its websites, social media and email.

Jesuit Father James Kubicki, U.S. director of the network, said the international director believes the urgent prayer request is a way for Pope Francis “to confront ‘the culture of indifference’ by focusing our prayerful attention on situations that are ‘more concrete, precise, current, related to actual circumstances.'”

Jesuit Father Luis Ramirez, assistant international director of the prayer network, told Catholic News Service Jan. 11 that the urgent prayer request does two things. First, it strengthens the spiritual experience of those who are joining in prayer, letting them know they do not pray alone. And, more importantly, it lets those suffering know that the pope sees their pain and is trying to rally assistance.

Of course, Father Ramirez said, the pope hopes people are “not just watching the video and receiving the appeal, but taking action and offering help.”

Justiniano Vila, a manager at La Machi, the Barcelona-based company that produces “The Pope Video,” told CNS more than 13 million people clicked on and watched at least one of the videos in 2016. Those that garnered the most views were January’s on interreligious dialogue, February’s on care for creation and June’s on solidarity in cities.

The most popular platform for viewing the video is Facebook, he said. The Pope Video Facebook page has a reach of 25 million people. The video also can be watched on the official website — www.thepopevideo.org — and on YouTube.

In the videos, which last less than 90 seconds, Pope Francis speaks in Spanish. Subtitles are then added for English, French, Italian, Dutch, Portuguese and Arabic.

PREVIOUS: McDonald’s near Vatican to give free meals to the poor

NEXT: Take a risk by following Jesus, pope says at Mass