Take a risk by following Jesus, pope says at Mass 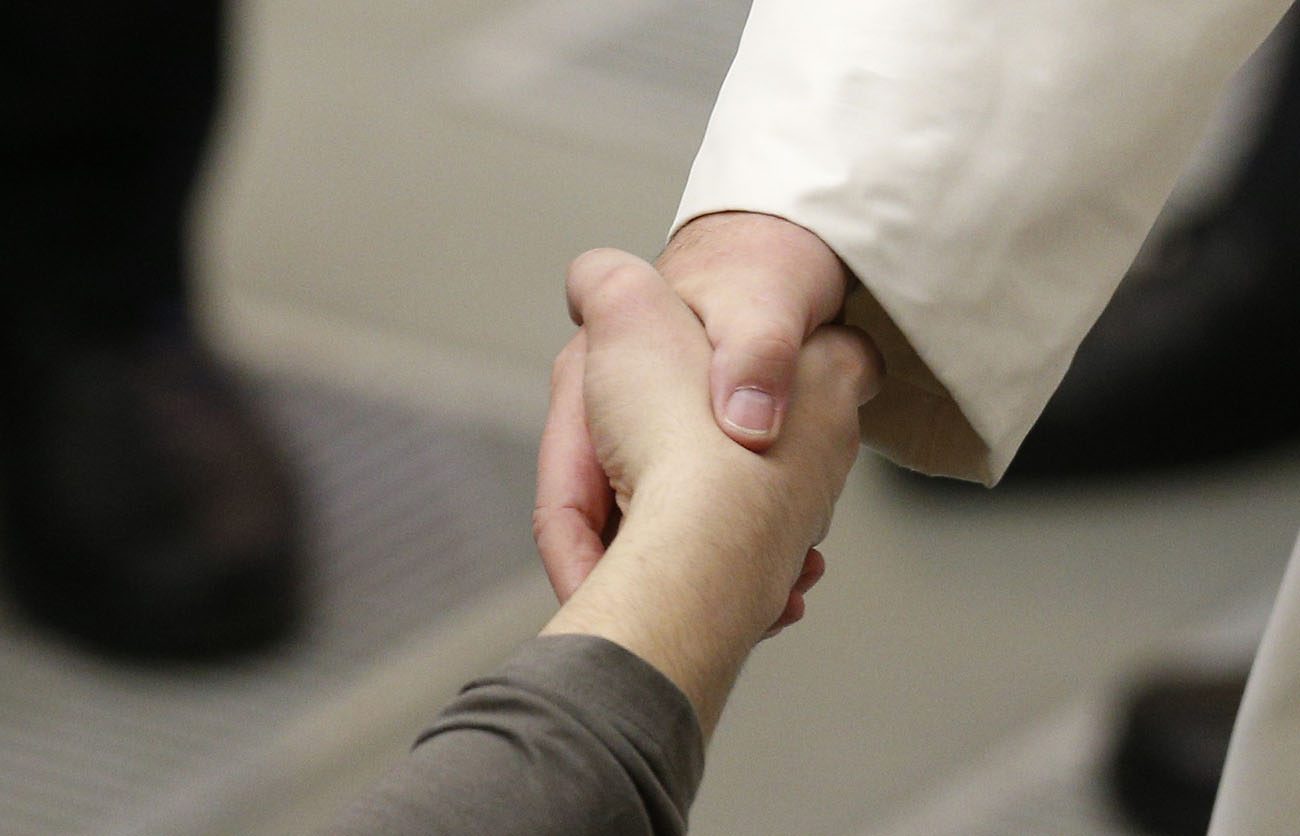 Pope Francis shakes hands with a man during his general audience in Paul VI hall at the Vatican Jan. 11. (CNS photo/Paul Haring)

VATICAN CITY (CNS) — Following Jesus and entering into a relationship with him comes with risks, including the risk of looking foolish sometimes, Pope Francis said.

The Gospels are full of stories about people who took a risk to follow Jesus and those who, filled with bitterness or concerned with their own pride and status, simply sat by the wayside watching Jesus pass, the pope said Jan. 13 during his early morning Mass in the chapel of the Domus Sanctae Marthae.

While he was preaching Jan. 13 about the story from Mark’s Gospel of four men opening a hole in a roof above Jesus’ head to lower down a paralyzed man, the pope also mentioned the stories of the Canaanite woman whose daughter was possessed, the woman with the hemorrhage and the story of the Samaritan woman at the well.

“The women risk more than the men, don’t they?” the pope said. “It’s true. They are better and we must recognize that.”

Jesus knew that many of the people who followed him did not have the purest of intentions. They were looking for help and healing, he said, but he allowed them to approach “because he knew that we are all sinners.”

The problem was not those who were trying to get close to Jesus, he said, but those who stood still.

“The stationary! Those who were on the edge of the path, watching,” were the problem, he said. The scribes and others were watching, but not following. “They never risked anything ever. They only judged. They were the ‘pure’ and would not get involved.”

They looked at the poor people trying to get close to Jesus and thought, “What ignorant people! What superstitious people,” the pope said. Unfortunately, “how many times, when we see the piety of the simple people,” do similar judgments come to mind? Such judgments, he said, are the result of “that clericalism that does such harm to the church.”

Faith, the pope said, means trusting Jesus, following him, asking for his help or healing and accepting the risk that one might look ridiculous to others.