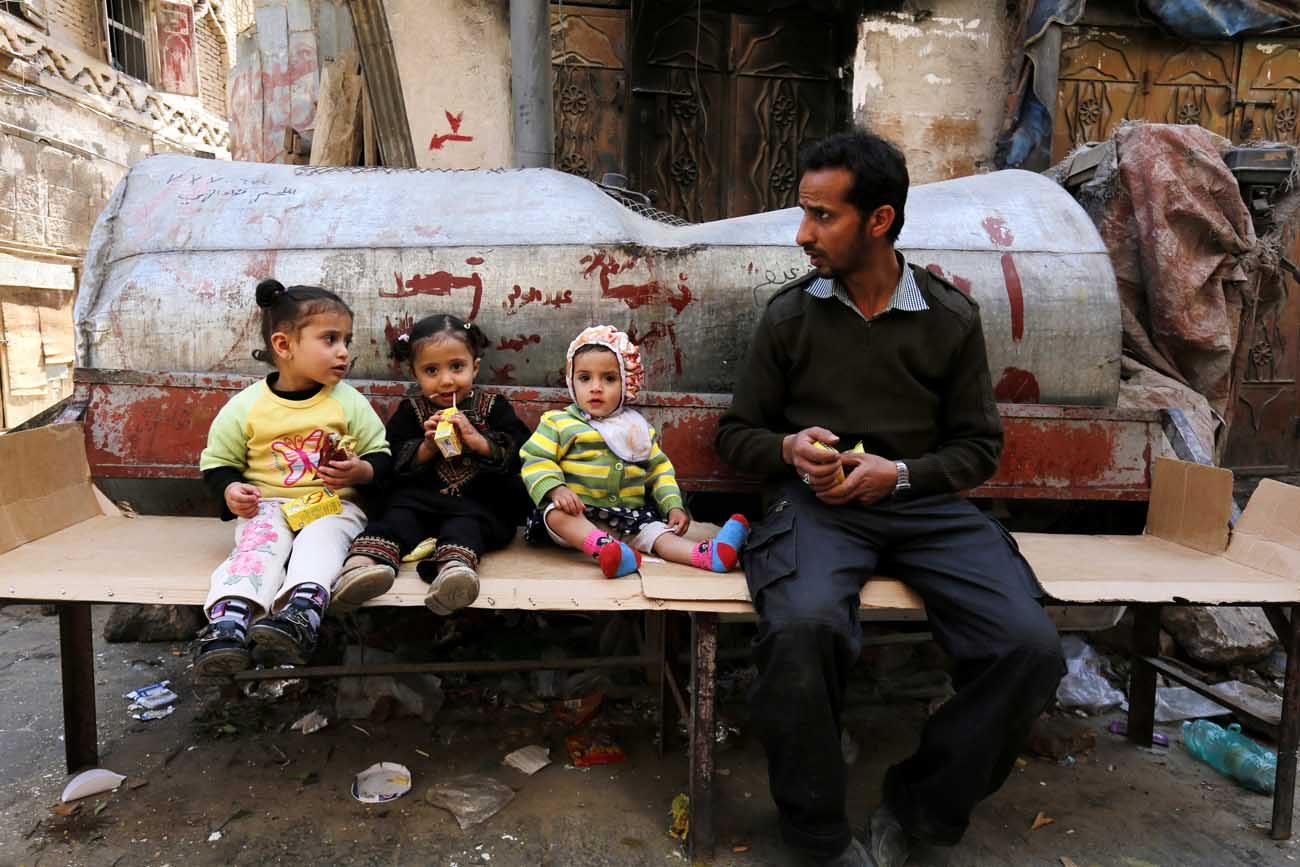 A Yemeni and three children are seen in Sanaa, Yemen Jan. 26. Giving priority to Christian refugees for settlement programs would be "a trap" that discriminates and fuels religious tensions in the Middle East, said Chaldean Catholic Patriarch Louis Sako of Baghdad.(CNS photo/Yahya Arhab, EPA)

VATICAN CITY (CNS) — Giving priority to Christian refugees for settlement programs would be “a trap” that discriminates and fuels religious tensions in the Middle East, said Iraq’s Chaldean Catholic patriarch.

“Every reception policy that discriminates (between) the persecuted and suffering on religious grounds ultimately harms the Christians of the East” and would be “a trap for Christians in the Middle East,” said Patriarch Louis Sako of Baghdad.

The patriarch, speaking to Fides, the news agency of the Congregation for the Evangelization of Peoples, commented on an executive action by U.S. President Donald Trump that temporarily stops from U.S. entry refugees from all over the world and migrants from seven countries in an attempt to review the screening process. The document asks that once the ban is lifted, refugee claims based on religious persecution be prioritized.

Patriarch Sako said any preferential treatment based on religion provides the kind of arguments used by those who propagate “propaganda and prejudice that attack native Christian communities of the Middle East as ‘foreign bodies'” or as groups that are “supported and defended by Western powers.”

“These discriminating choices,” he said, “create and feed tensions with our Muslim fellow citizens. Those who seek help do not need to be divided according to religious labels. And we do not want privileges. This is what the Gospel teaches, and what was pointed out by Pope Francis, who welcomed refugees in Rome who fled from the Middle East, both Christians and Muslims without distinction.”

Cardinal Luis Antonio Tagle of Manila, Philippines, president of Caritas Internationalis, said any policy that gave priorities to Christians “might revive some of these animosities and might even pit Christians against Muslims, and that (also) might generate contrary action from the Muslims against Christians.”

“This is a time when we don’t want to add to the prejudice, the biases and even discriminatory attitudes evolving in the world,” he told Catholic News Service in Beirut Jan. 30 at the Caritas Lebanon headquarters. 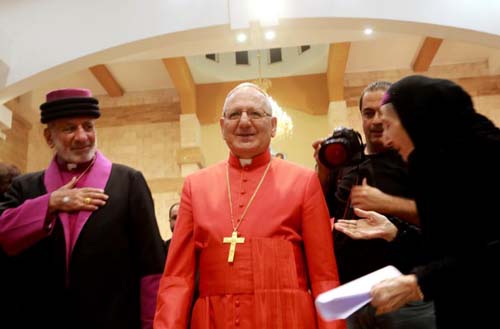 Chaldean Catholic Patriarch Louis Sako of Baghdad is seen at the Church of Our Lady of Perpetual Help in Ainkawa, Iraq, Oct. 25, 2016. (CNS photo/Amel Pain, EPA)

Emphasizing that he had not read the text of the executive action, but only news reports, the Philippine cardinal said announcing a ban being applied to specific countries was akin to “labeling them — and the migrants coming from those countries — as possible threats to a country. I think it is quite a generalization that needs to be justified.”

Cardinal Tagle, who has visited refugee settlements as part of his role as Caritas president, said he asks people who express reservations about receiving refugees and migrants, “Have you ever talked to a real refugee? Have you heard stories of real persons?”

“These are human lives,” he said. “So, for people making decisions on the global level, please know that whatever you decide touches persons for better or for worse. And if our decisions are not based on the respect for human dignity and for what is good, then we will just be prolonging this problem — creating conflicts that drive people away.”

Canadian Jesuit Father Michael Czerny, undersecretary for migrants and refugees at the Vatican’s new Dicastery for Promoting Integral Human Development, told CNS in Rome that Christians are asked to reflect on the Good Samaritan and not to “react and act as if the plight of migrants and refugees is none of our business.”

People should focus on those seeking security and “take the trouble to find out the facts” — like how “migrants, far from being a drain, make a net contribution to the domestic economy — rather (than) swallow allegations which just trigger fear.”

Richer countries should not only welcome those who are fleeing, they “can do much more to help improve security and living, working, education and health opportunities in the refugee- and migrant-producing countries,” he said in a written statement.

More effort should be put into peacemaking and more resources dedicated to “helpful foreign aid.”

“The role of government is to enact its people’s values, keeping different factors in balance. National security is important, but always in balance with human security, which includes values like openness, solidarity, hope for the future,” the Jesuit priest said.

“The bottom line,” he said “is the centrality and dignity of the human person, where you cannot favor ‘us’ and ‘them,’ citizens over others.”