Maternity leave: Why the pope wants the church to be a loving mother 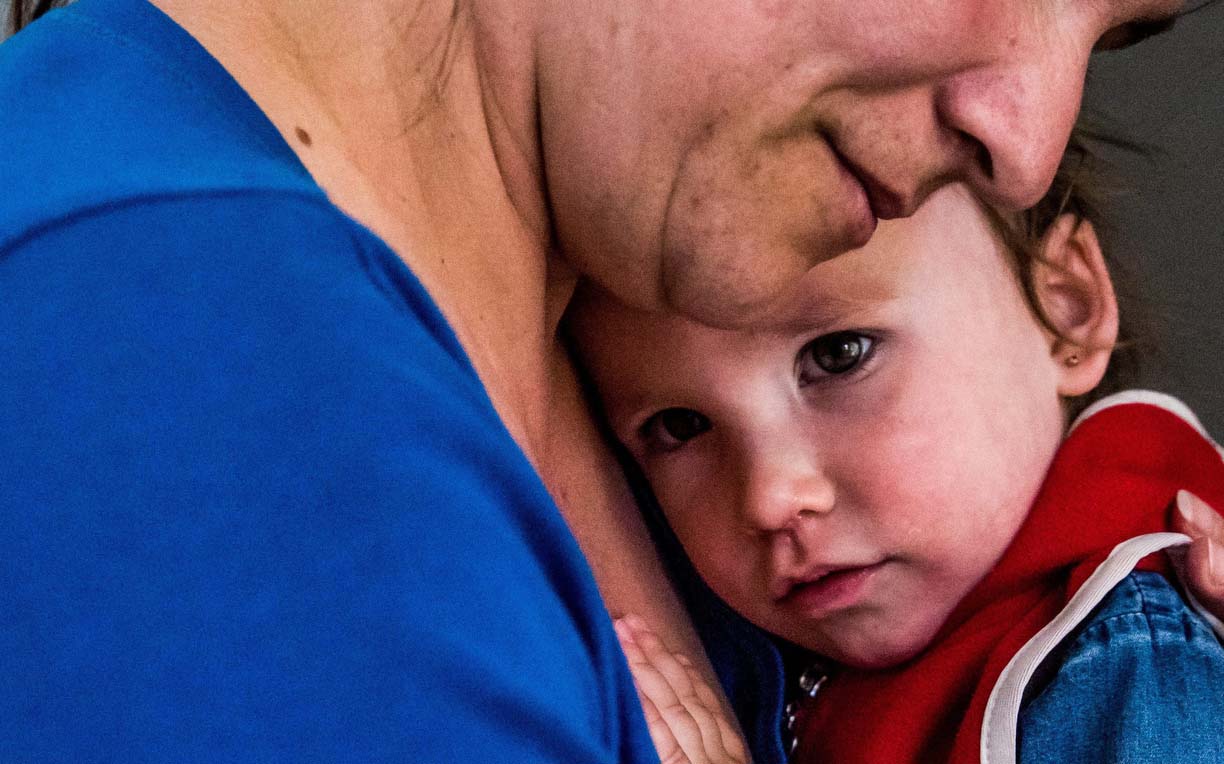 A number of feast days over the Advent and Christmas seasons gave Pope Francis a fresh opportunity to pay homage to the world’s mothers and insist further on how and why he wants the entire church to become more maternal.

But who is this archetypal mother figure the pope upholds? Pope Francis pointed to a few of his favorite biblical heroines, praising the seemingly contradictory qualities of each:

Like Mary, she is silently compliant to God’s will; like Rachel, she weeps inconsolably, drawing God’s and the world’s attention to a reality people would rather ignore; and like the persistent widow, she doesn’t let being a nobody stop her from speaking up against injustice, making a fuss and pestering the one who does have power to make things right.

So how and why does the church need to be this loving, humble, hard-as-nails champion? Let’s count the ways:

Speaking on the feast of Mary, Mother of God, Jan. 1, Pope Francis said it’s the maternal instinct to hold, hope and help that make up the “strongest antidote” to the selfishness, indifference and intolerance in the world today.

He went on to say that God chose to be “knit” inside and born of a woman, so that he could experience a mother’s tenderness, hear the cries of and joys of their people, and make everyone his brother and sister in the faith who belong to a family.

— When times get tough, who are you going to call? Everyone, especially the lost, forgotten and marginalized, need a strong-willed, faithful advocate on their side.

The pope said Jan. 1 that in his pastoral ministry, he learned so much about the meaning of true unconditional commitment from the mothers he met whose kids were in jail, addicted to drugs or victims of war. Neither cold nor heat nor rain, he said, could stop these women from fighting for something better.

Much like the persistent widow, the mothers he met were the ones who were able to offer love and support to their suffering children “without wavering” through thick and thin.

Mary shows that humility and tenderness aren’t virtues of the weak, he said, but of the strong, and that we don’t have to mistreat others in order to feel important and make a difference.

— To change the world, it starts at home.

Speaking on the feast of Our Lady of Guadalupe, Dec. 12, he again highlighted “those fighting mothers” he knew back in Latin America.

Often alone and with no help, they were able to raise their children right, he said. Mary is our “female fighter” facing off a mistrustful, lazy, distracted world — “a woman who fights to strengthen the joy of the Gospel, give flesh to the Gospel” in the world.

— To help people, you must be in touch with a hard reality.

In a letter to the world’s bishops marking the feast of the Holy Innocents Dec. 28, the pope said they must listen for the sobbing of today’s mothers because there are so many new Herods today, killing the young with their tyranny and “unbridled thirst for power.”

Listen to where the cries are coming from, he said; they are not to be ignored or silenced. It’s going to take courage to first acknowledge this difficult reality and work to ensure “the bare minimum needed so that their dignity as God’s children will not only be respected but, above all, defended.”

— Sometimes the best answer is no answer.

Pope Francis again advocated the importance of using the heart over the head, and the church’s need to be more sensitive to another’s pain in order to bring God’s hope and compassion.

During his general audience Jan. 4, he talked about Rachel’s tears being seeds of hope and the futility of trite or insensitive speeches. Rachel’s refusal to be consoled shows how delicately one must approach a person in pain, the pope said.

When people are hurting, “it is necessary to share in their desperation. In order to dry the tears from the face of those who suffer, we must join our weeping with theirs. This is the only way our words may truly be able to offer a bit of hope,” he said.

Often it’s only tears that can open one’s eyes to the realities of life that need attention, he said.

When Pope Francis dedicated his audience talk to mothers Jan. 7, 2015, the feast of the Nativity for the Orthodox Church, he lamented how people had plenty of poems and “beautiful things” to say about moms, but at the end of the day “the mother is rarely listened to or helped in daily life.”

Not only are they “rarely considered central to society in her role,” he said, “the mother is not always held in the right regard, she is barely heard” in the church, too.

With his many reflections on motherhood, the pope is trying to bring that maternal warmth back to the church. But he has also called for the courage “to knock at the door” like the persistent widow because “the Lord himself says, ‘Everyone who asks receives, and he who seeks finds, and to him who knocks it will be opened.'”