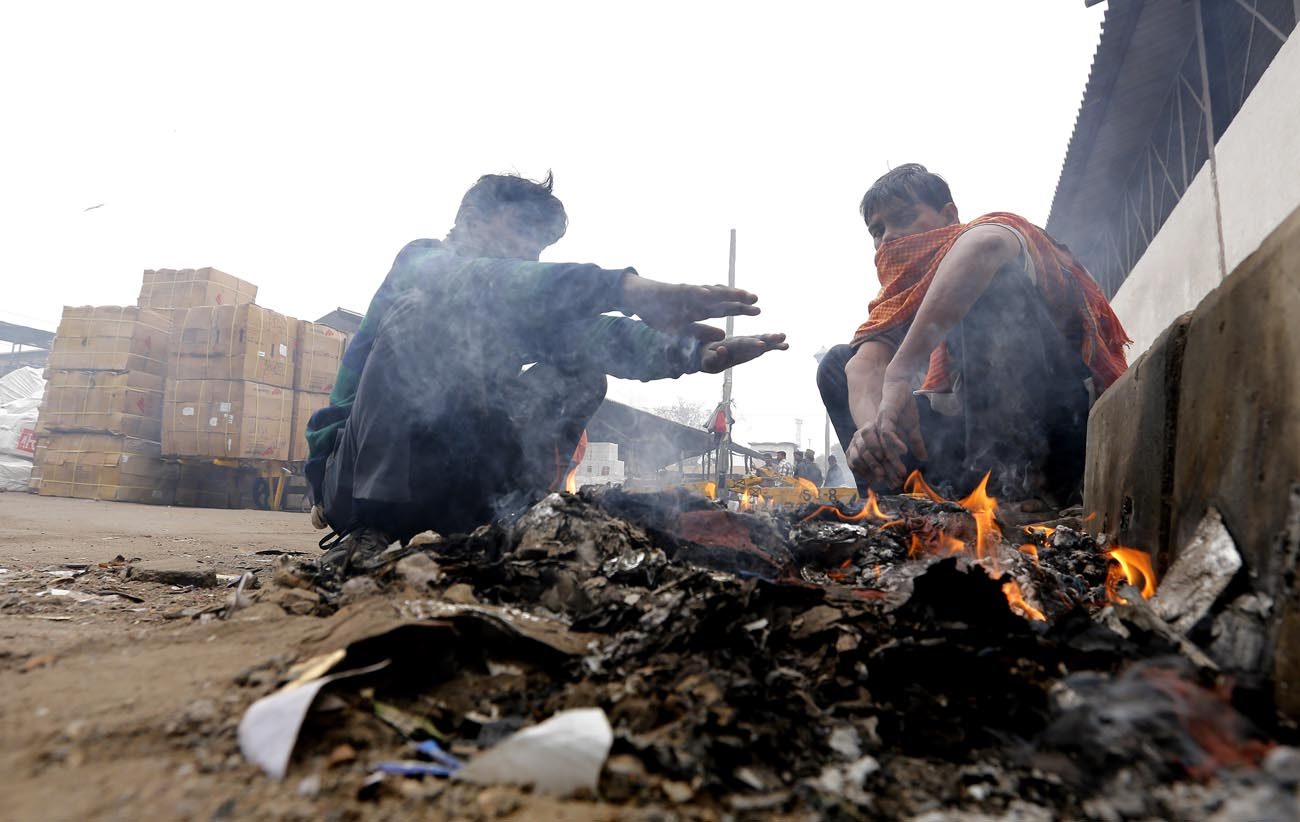 Young homeless Indian men warm themselves near a fire during a cold winter morning in 2016 in New Delhi. "In these very cold days, I think and I invite you to think of the people who live on the streets, struck by the cold and, many times, by indifference," Pope Francis told people in St. Peter's Square Jan. 8. (CNS photo/Rajat Gupta, EPA)

The freeze in Rome, subzero temperatures in large parts of Europe and heavy snowfalls in many areas in early January forced the closure of roads and schools and were blamed for at least a dozen deaths.

“In these very cold days, I think and I invite you to think of the people who live on the streets, struck by the cold and, many times, by indifference,” Pope Francis told people in St. Peter’s Square Jan. 8.

“Unfortunately, some have not survived,” the pope told people who had bundled up against the midday chill to recite the Angelus prayer with him. “Let us pray for them and ask the Lord to warm our hearts so that we can help them.”

Because of the cold weather, the papal charities office instituted a 24-hour open-door policy at the shelters it runs with the Missionaries of Charity for homeless men and homeless women. Usually the shelters open in the evening and close in the morning.

Archbishop Konrad Krajewski, the papal almoner and point man for Pope Francis’ aid to the homeless around the Vatican, was unavailable for comment Jan. 9. However, Italian media reported that he left a van and another automobile from his office unlocked and parked outside the Vatican over the weekend so the homeless could take turns using it for shelter.

NEXT: Mexican church calls for calm amid gas-price protests