Pope: Jesus amazed because he was humble, helpful, not a hypocrite 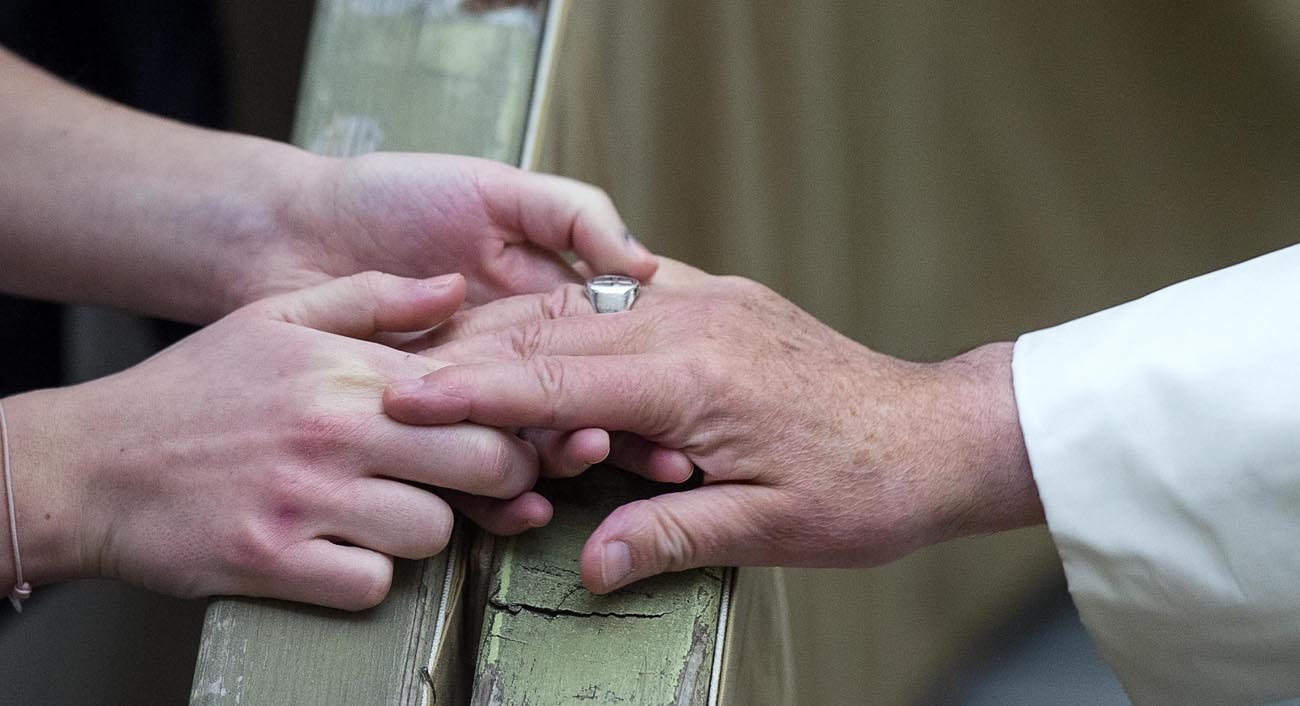 Pope Francis holds hands with a member of the public after his weekly audience Jan. 4 in Paul VI hall at the Vatican. (CNS photo/Angelo Carconi, EPA)

VATICAN CITY (CNS) — Jesus astonished people with the way he taught and interacted with others because he wasn’t aloof, domineering or hypocritical, Pope Francis said in a homily.

“Jesus wasn’t allergic to people. Touching lepers, the sick did not disgust him,” whereas the Pharisees — who strolled around in fine clothes — looked down on the people and considered them ignorant, he said at the Mass Jan. 10 in the chapel of his residence.

“They were removed from the people, they weren’t close,” the pope said of the Pharisees. “Jesus was very close to the people and this gave him authority.”

The pope’s homily centered on the day’s Gospel reading (Mk 1:21-28) in which people gathered at the synagogue in Capernaum “were astonished” at Jesus’ teaching because he displayed an authority that differed so greatly from that of the scribes.

The people would listen to and be respectful toward the doctors of the law and the scribes, but the people didn’t take what they said “to heart,” he said.

These teachers felt themselves superior, as if to say: “We are the teachers, the princes and we teach you. No service. We command, you obey,” the pope said. But Jesus “never passed himself off as a prince. He was always the servant of everyone and this is what gave him authority.”

The traditional teachers were hypocrites, declaring the truth, but not doing what they preached, Pope Francis said.

Jesus “lived what he preached,” he said, representing the harmonious union of “what he thought, felt and did.”

“Jesus, who is humble, who is at the service (of others), who is near, who doesn’t despise people and who is consistent, has authority,” the pope said. “This is the authority that the people of God sense.”