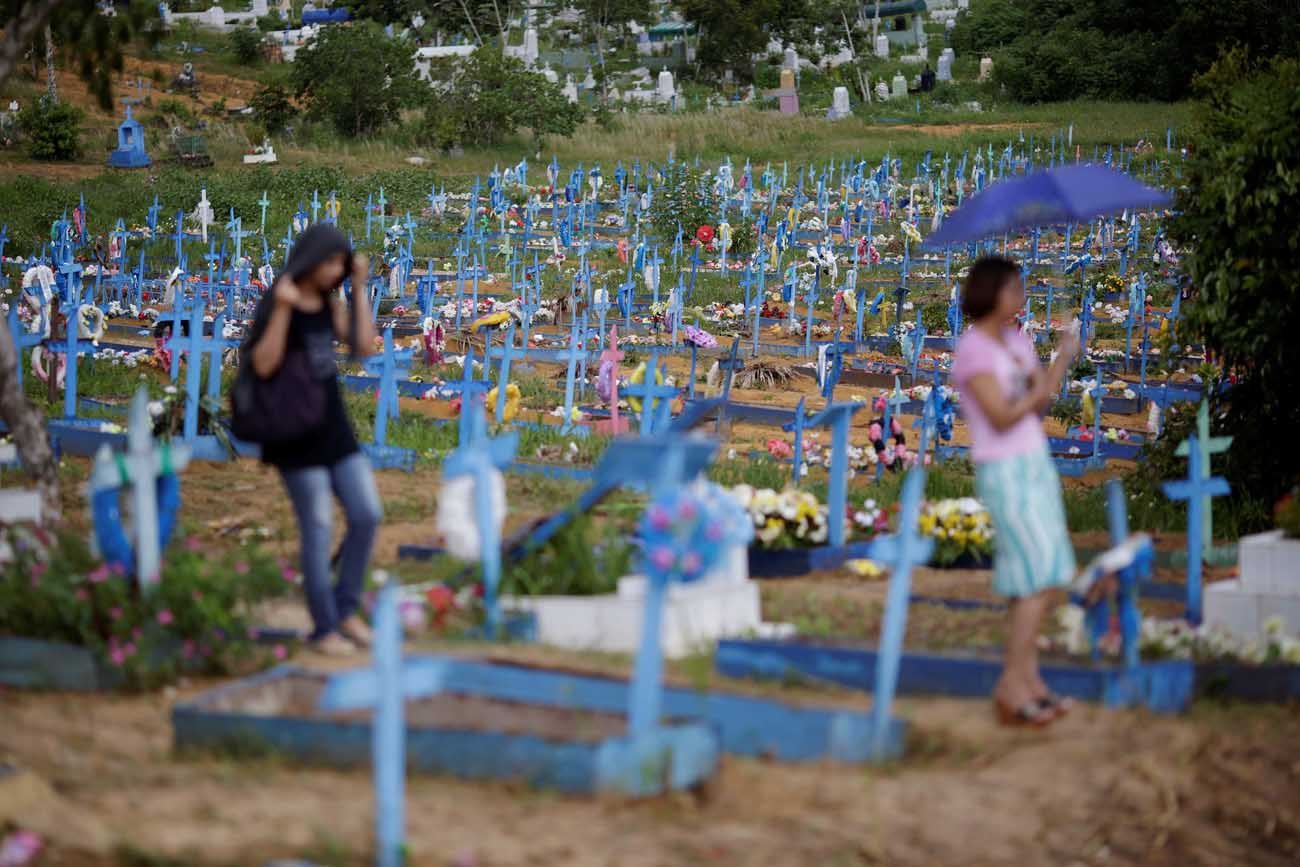 A general view of Trauma cemetery is seen in Manaus, Brazil, Jan. 4, during the funeral of one of the inmates who died in a Jan. 1-2 prison riot. (CNS photo//Ueslei Marcelino, Reuters)

SAO PAULO (CNS) — The more than 100 deaths of inmates since the beginning of the year in Brazilian prisons does not come as a surprise for Father Valdir Joao Silveira, national coordinator of the Brazilian bishops’ prison ministry.

“Prison is a place of death and torture,” in Brazil, said Father Silveira.

“It is a factory of torture that creates monsters,” he told Catholic News Service before leaving a trip to the Amazon region to meet with family members of inmates at prisons in the state of Amazonas.

Father Silveira said if the prisons had animals instead of inmates, there would be international animal protection agencies campaigning against the cruelty and pressuring local, state and federal governments in Brazil for change. “What we need is international attention to this question, to force authorities to take action,” he said.

Fixty-six inmates died in a 17-hour riot at Compaj prison in Manaus Jan. 1-2; many were decapitated and butchered. Authorities say the riot grew out of a dispute between rival gangs vying for control of drug routes and prisons.

During 2015, Father Silveira said he visited that prison three times. He said conditions were some of the worst that he had ever seen, with inmates needing medical attention and basic necessities such as food and hygiene products.

“If a family member cannot provide for them their basic needs, they go without,” said Father Silveira.

On Jan. 6, 33 inmates were killed in a similar uprising, this time in the agricultural penitentiary of Roraima. Since then, an additional four deaths were registered in another prison in the state of Amazonas and two in the state of Piaui.

“No need to be a psychic,” said the priest of the latest riots that have Brazil’s federal government extremely concerned. “What happened at Compaj has been happening in Brazil for a long time, in prisons in Maranhao, Rio Grande do Norte, Rondonia, Roraima and Parana. And it tends to worsen and intensify throughout the country.”

Archbishop Sergio Eduardo Castriani of Manaus had even harsher words to say about Brazil’s prison system. In a statement released about the massacre at the city’s penitentiary, the archbishop noted that it is the function of the state to take care of the physical integrity of each detainee and emphasized “that the prison system does not rehabilitate the citizen … it offers the school of crime instead of offering occupational activities to inmates.”

The archbishop said church officials had been visiting prison inmates for 40 years. He said the main flaw in Brazil’s prison system is the lack of public policies for the re-socialization of inmates into society.

Father Silveira agreed. He told CNS until structural changes are made to relieve the overcrowding in Brazilian prisons and provide humane conditions in which inmates can serve out their time, these violent riots will continue.

“Prisons are like time bombs, exploding throughout the country and, unless drastic changes are made now, we will continue to see this type of violence,” said Father Silveira.

PREVIOUS: Pope: Jesus amazed because he was humble, helpful, not a hypocrite

NEXT: Order of Malta questions legitimacy of commission established by pope