Pope prays for victims of deadly wildfires in Chile 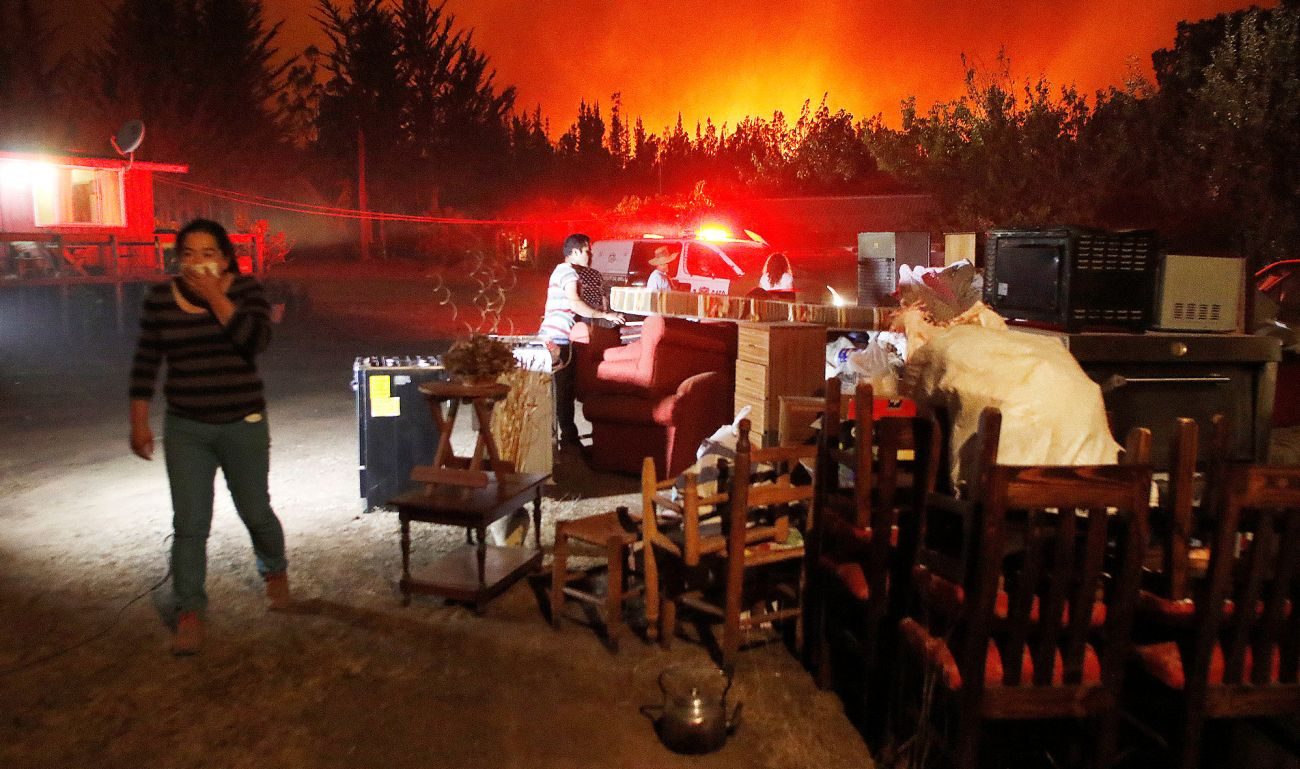 People are seen with their belongings in the street after they left their homes Jan. 25 because of a wildfires near Vichuquen, Chile. Pope Francis sent his condolences to the victims and survivors of one of the worst wildfires in Chile's history. (CNS photo/Cristobal Hernandez, Reuters)

VATICAN CITY (CNS) — Pope Francis sent his condolences to the victims and survivors of one of the worst wildfires in Chile’s history.

Pope Francis, the message said, wanted to convey “his condolences to the families of the victims and expressed his spiritual closeness to the wounded and those who suffer the consequences of this catastrophe.”

The pope also prayed that God would give the victims “strength and consolation” while inspiring “in everyone feelings of solidarity” so they may work together “to lessen the pain and overcome adversities.”

The wildfires, which began in early January, have claimed the lives of four fighters and two police officers. Over 4,000 people have been evacuated from areas decimated by the blazes.

“We have never seen something of this size, never in Chile’s history. And the truth is the (firefighting) forces are doing everything that is humanly possible and will continue to do so until the fires are contained and controlled,” President Michelle Bachelet said, according to the Reuters news agency.

While wildfires are frequent during months of high temperatures and low humidity, the blazes that began in Valparaiso have spread due to a prolonged drought.

Chile’s national forestry service reported Jan. 25 that of the 131 separate blazes, only 23 have been extinguished, while 55 remain out of control.

Firefighters and experts from the United States, France, Peru and Mexico are helping to fight the wildfires.