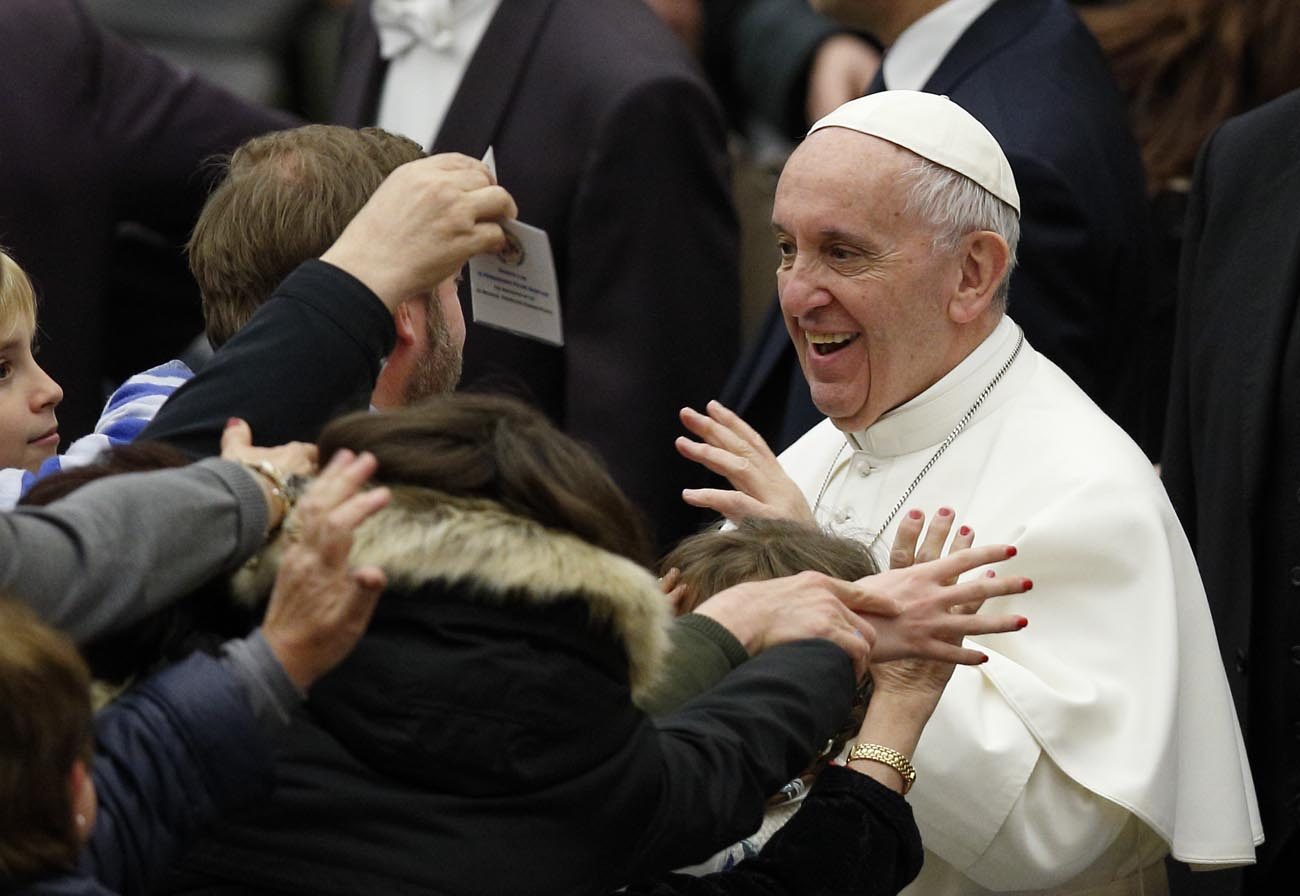 VATICAN CITY (CNS) — At a time when the media seem to feed a “vicious cycle of anxiety” and a “spiral of fear,” Christians should respond with honest stories that identify problems and evil, but also inspire real solutions, Pope Francis said.

“Every new tragedy that occurs in the world’s history can also become a setting for good news, inasmuch as love can find a way to draw near and to raise up sympathetic hearts, resolute faces and hands ready to build anew,” the pope wrote in his message for World Communications Day 2017. (See the full text of the letter here.)

Following a long tradition, the pope’s message was released Jan. 24, the feast of St. Francis de Sales, patron saint of journalists. The Vatican and most dioceses will mark World Communications Day May 28, the Sunday before Pentecost.

The pope chose “‘Fear not, for I am with you.’ Communicating Hope and Trust in Our Time” as the theme for the 2017 commemoration.

In a letter to directors and editors in chief of a variety of media outlets, Msgr. Dario Vigano, prefect of the Vatican Secretariat for Communications, called for a discussion and debate on the pope’s message and particularly the pope’s call for “constructive forms of communication that reject prejudice toward others and foster a culture of encounter, helping all of us to view the world around us with realism and trust.”

Presenting the letter in the Vatican press office, Msgr. Vigano was joined by Delia Gallagher of CNN for a discussion about the text and about the rapidly changing news media.

“The pope is not calling us to recount the world of Heidi” or any other fairy tale, Msgr. Vigano said. Trials and suffering are part of real people’s lives, but the stories of those struggles also should “open spaces of hope.” For example, he said, the real story in late January about a hotel in central Italy buried by an avalanche after a series of earthquakes includes not only the recovery of the bodies of victims, but stories of the courage of the rescuers and the generosity and solidarity of people in nearby towns.

Gallagher said the pope’s message is especially important at a time when the truth of news reports is constantly questioned and when the “Oxford Dictionaries Word of the Year 2016” was “post-truth.”

In his letter, Pope Francis said promoting hope and confidence is not to pretend evil does not exist or to spread misinformation, rather it means identifying and reporting ills in a way that does not “generate apathy, fear or the idea that evil has no limits.”

A particular problem today, he said, is reporting about tragedies and human suffering in a way that almost turns the story into entertainment.

What is needed, he said, is “an open and creative style of communication that never seeks to glamorize evil but instead to concentrate on solutions and to inspire a positive and responsible approach on the part of its recipients.”

The story of Jesus is a clear example, the pope wrote. “This good news — Jesus himself — is not good because it has nothing to do with suffering, but rather because suffering itself becomes part of a bigger picture. It is seen as an integral part of Jesus’ love for the father and for all mankind.”

For Jesus and for all who believe in him, “hardship and the cross do not obstruct, but bring about God’s salvation,” he said. “Weakness proves stronger than any human power and failure can be the prelude to the fulfillment of all things in love.”

Faith tells Christians that God is at work at every moment in an individual’s life and at every moment of human history, he said. That confidence always has given Christians hope, which is “the humblest of virtues for it remains hidden in the recesses of life, yet it is like the yeast that leavens all the dough.”

NEXT: God listens to all prayers, even angry ones, pope says