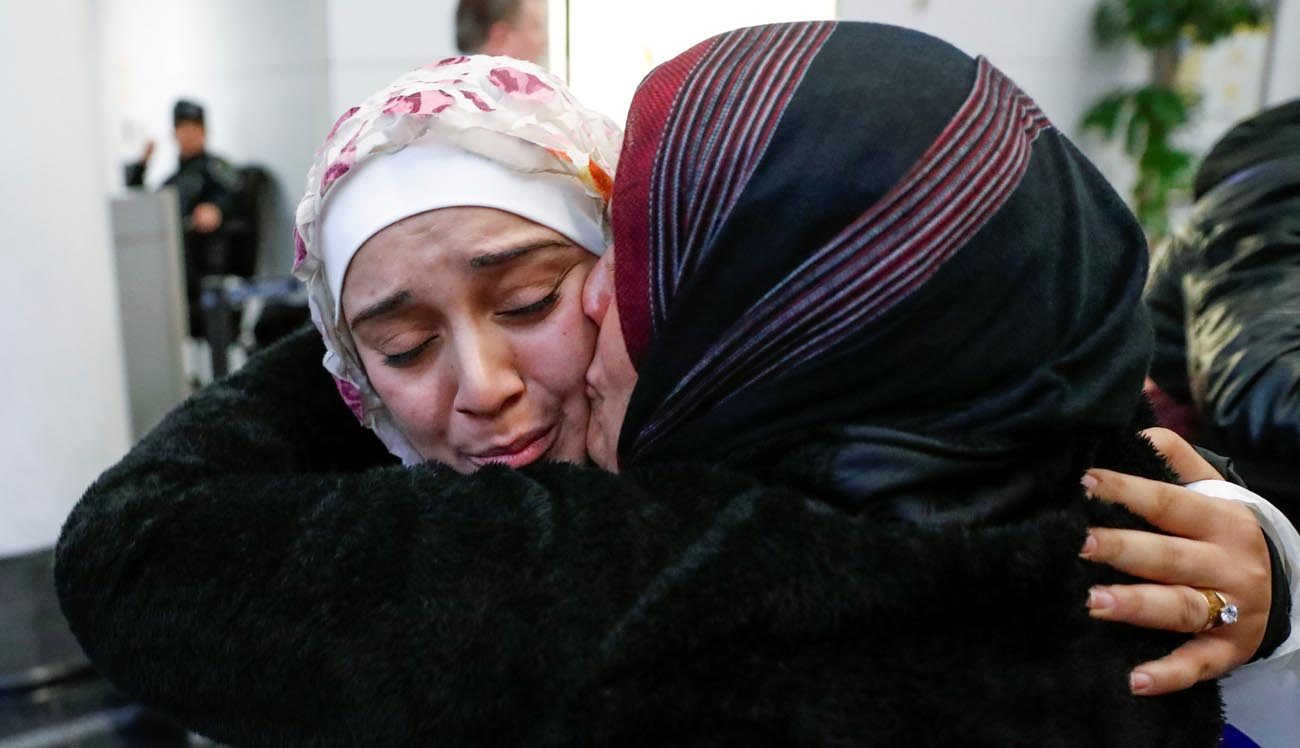 “We respect the rule of law and the American judicial process. We remain steadfast in our commitment to resettling refugees and all those fleeing persecution,” Bishop Joe S. Vasquez of Austin, Texas, said in a statement Feb. 10.

“At this time we remain particularly dedicated to ensuring that affected refugee and immigrant families are not separated and that they continue to be welcomed in our country,” the statement said.

The bishop pledged that church agencies would continue to welcome people “as it is a vital part of our Catholic faith and an enduring element of our American values and traditions.”

In a decision issued late Feb. 9, a three-judge panel of the 9th U.S. Circuit Court of Appeals unanimously rejected the government’s argument to lift the freeze on the president’s order and maintained that the court had jurisdiction in the case as a check on executive power.

Trump had argued that his order was a matter of national security and that the courts had no claim to decide the issue.

The panel ruled otherwise saying that such an argument “runs contrary to the fundamental structure of our constitutional democracy.”

Further, the judges said, “although courts owe considerable deference to the president’s policy determinations with respect to immigration and national security, it is beyond question that the federal judiciary retains the authority to adjudicate constitutional challenges to executive action.”

The administration is expected to file an appeal with the U.S. Supreme Court.

Trump said in a posting on Twitter minutes after the ruling was released: “SEE YOU IN COURT, THE SECURITY OF OUR NATION IS AT STAKE!”

He later told reporters that the judges had made “a political decision.”

The case was filed by the state of Washington, which argued that Trump’s order was unconstitutional because it discriminated against Muslims and that state agencies were harmed because students and employees were barred from re-entering the country. The state of Minnesota subsequently joined the lawsuit.

Another clause in the order established religious criteria for refugees, proposing to give priority to religious minorities over others who may have equally compelling refugee claims.

In its 29-page ruling, the appeals court said the administration’s lawyers had provided no evidence that refugees from the seven countries named in the ban posed a national security threat through terrorism.

The judges also wrote that the government had not shown Trump’s order provides any avenue for those restricted from traveling to the U.S. to appeal the decision or seek a hearing to present their reasons for entering the country. The decision said that earlier court cases had determined that the protections established under the due process clause in the Constitution’s Fifth Amendment “apply to all ‘persons'” within the U.S. including aliens whose presence is “lawful, unlawful, temporary or permanent” as well as to people attempting to reenter the U.S. after traveling.

NEXT: U.S. bishops call for solidarity with Middle East victims of violence