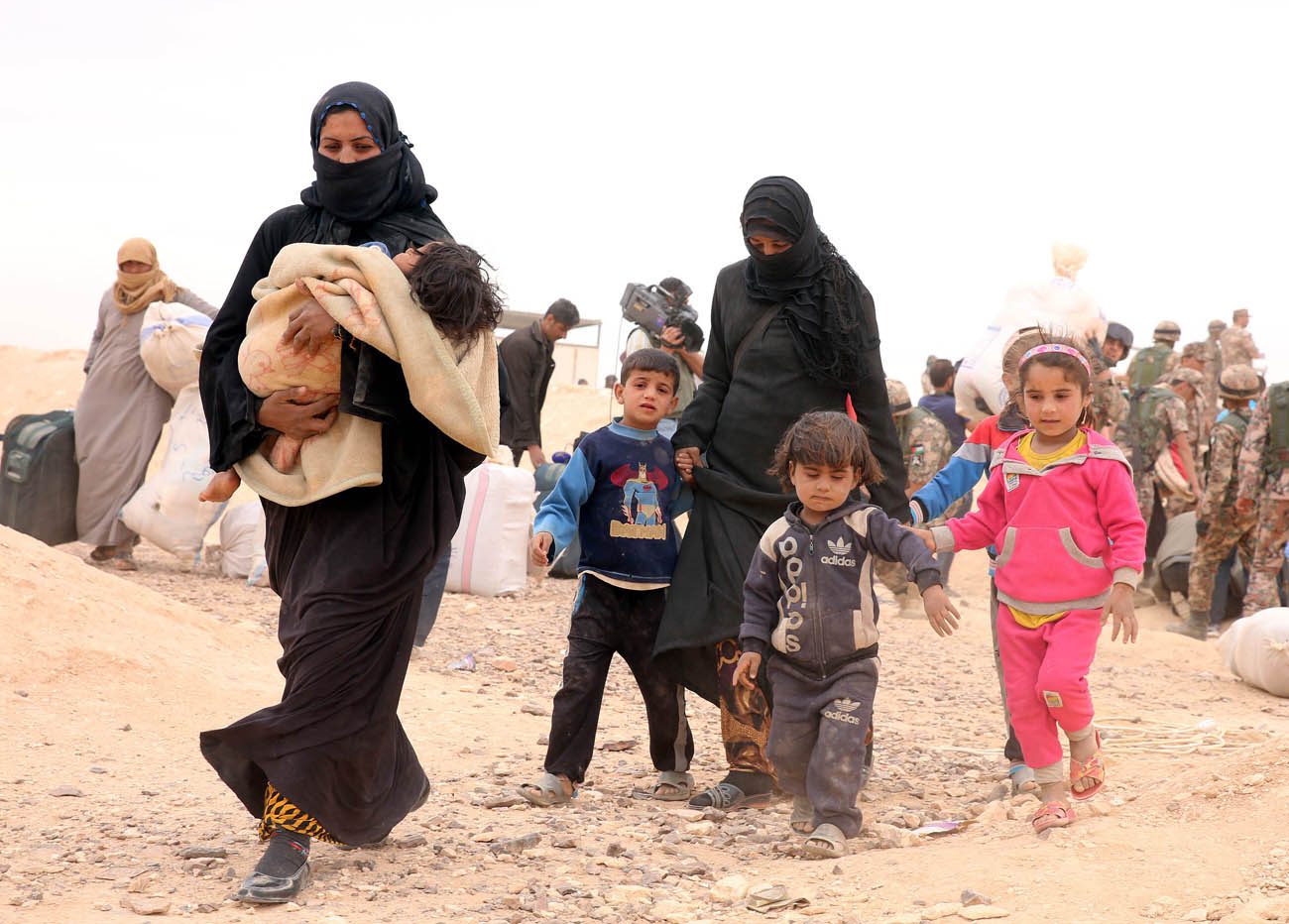 Syrian refugees arrive at a camp in 2016 in Royashed, Jordan. Promised resettlement in the United States, many Syrian refugees are frustrated over President Donald Trump's executive action banning their entry to the U.S. until further notice. (CNS photo/Jamal Nasrallah, EPA)

Trump’s executive memorandum of Jan. 27 “has generated fear and untold anxiety among refugees, immigrants and others throughout the faith community in the United States,” said the committee chairmen in a joint statement. “In response … we join with other faith leaders to stand in solidarity again with those affected by this order, especially our Muslim sisters and brothers.”

“We also express our firm resolution that the order’s stated preference for ‘religious minorities’ should be applied to protect not only Christians where they are a minority, but all religious minorities who suffer persecution, which includes Yezidis, Shia Muslims in majority Sunni areas, and vice versa,” said the statement from by Bishop Mitchell T. Rozanski of Springfield, Massachusetts, Archbishop William E. Lori of Baltimore and Bishop Oscar Cantu of Las Cruces, New Mexico.

They are, respectively, the chairmen of the U.S. Conference of Catholic Bishops’ Committee on Ecumenical and Interreligious Affairs, Ad Hoc Committee for Religious Liberty and Committee on International Justice and Peace.

“While we also recognize that the United States government has a duty to protect the security of its people, we must nevertheless employ means that respect both religious liberty for all, and the urgency of protecting the lives of those who desperately flee violence and persecution,” they said.

As followers of Christ, the prelates said, they believe “that welcoming the stranger and protecting the vulnerable lie at the core of the Christian life. And so, to our Muslim brothers and sisters and all people of faith, we stand with you and welcome you.”