After years in war zone, burnout rises among those who serve Syrians 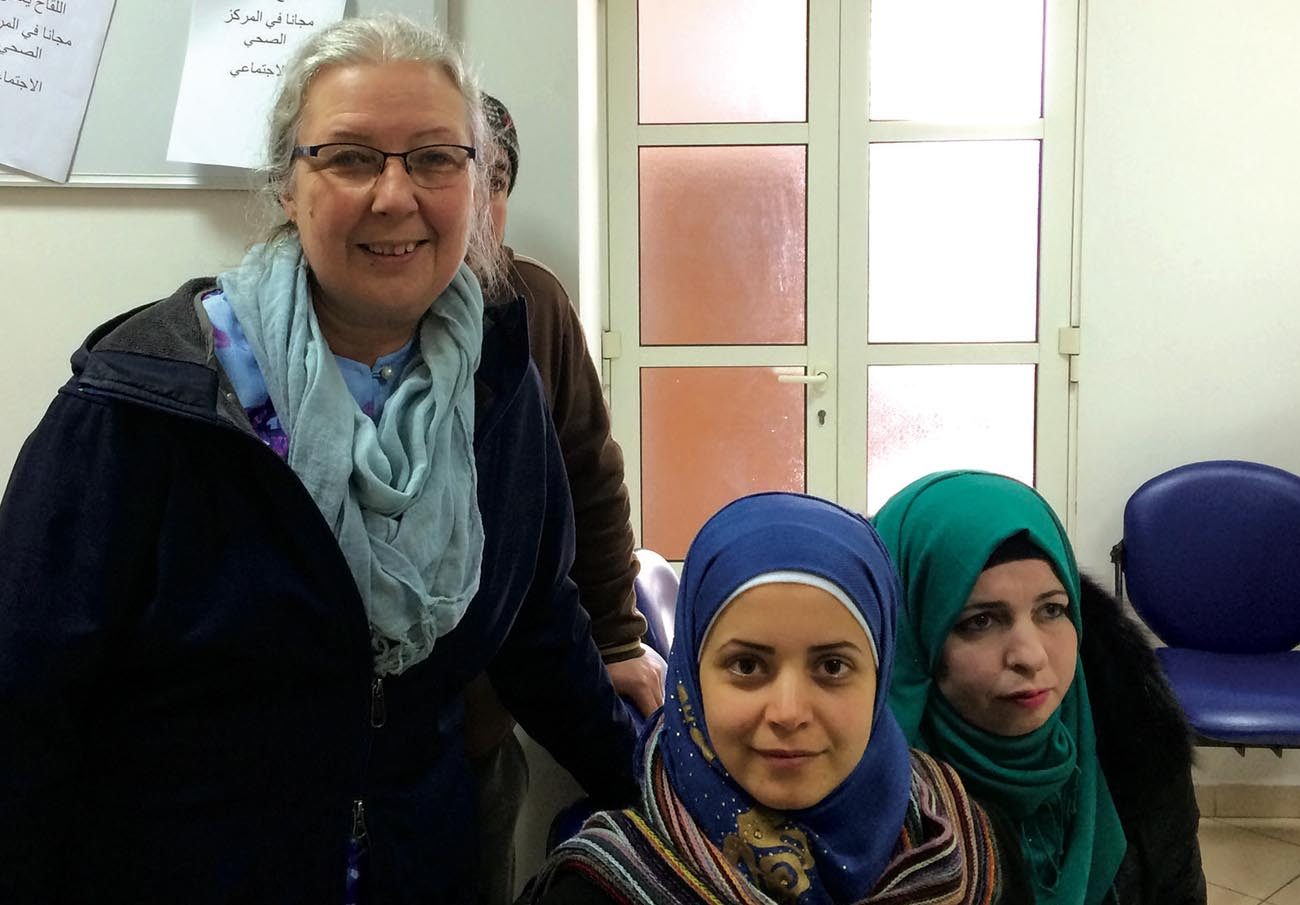 TORONTO (CNS) — Humanitarian aid workers in Syria and Lebanon are exhausted, said Helene Tremblay-Boyko, who recently traveled to the region.

It’s not the kind of exhaustion a person feels at the end of a long day, she said. This exhaustion comes from working in the same desperate conditions as the people they serve.

“We do not know here (in Canada) what is going on there,” said Tremblay-Boyko, vice president of the Development and Peace national council. “They need peace. They need to be able to start rebuilding their lives. We need to do everything we can to enable a peace accord.”

From Jan. 29 to Feb. 9, Tremblay-Boyko visited the Middle East as part of a joint delegation by the Canadian Conference of Catholic Bishops and Development and Peace, the official international development organization of the Catholic Church in Canada.

“Right now, there is a huge humanitarian crisis,” said Tremblay-Boyko. “People are in dire need of basics. They don’t have food security. Many of them who escaped with just the clothes on their back, they have nothing and so they need everything.”

A heavy snowstorm hit Lebanon’s Bekaa Valley just days before the Canadian delegates arrived. Tremblay-Boyko said Caritas workers were working around the clock to provide warm clothes and heating systems to Syrian refugees who had settled into empty cinder-block homes with rectangular holes in the walls where windows and doors should be.

Most days, Tremblay-Boyko said, the region would have electricity for three hours, then two hours without. Fuel shortages and crumbling state infrastructure result in systematic power outages throughout the day.

“They also don’t have any central heating, so they have to have little electric space heaters,” she said. “Most of the buildings are stone … and these are the actual offices of some of the civil organizations that are working with (refugees).”

Tremblay-Boyko said there is a great need for psychosocial support, not only for the people displaced by the Syrian Civil War, but also for the humanitarian workers. After six years serving in the conflict, aid workers are burning out.

“They feel that they are in a dark tunnel and they cannot see a light at the end,” she said. “We would talk for a long while and they would talk about their needs. … They just shake their heads and go, ‘We don’t know.’ They’re so exhausted from six years of conflict.”

When a temporary cease-fire in the Syrian city of Aleppo was announced in late December, she said, Development and Peace jumped at the opportunity to organize a trip to Syria and Lebanon to meet with the agency’s local humanitarian partners.

“Our purpose was to show our interest and love for them, to meet with church leaders and also to meet with some of the organizations that are helping those people that are affected by the wars,” she said.

The delegates met with Canadian ambassadors to Syria and Lebanon, the apostolic nuncio to both countries and the Eastern Catholic patriarchs. They also met with Caritas officials and partners who work to feed, clothe and care for the most vulnerable people affected by the Syrian war.

Development and Peace, part of the Caritas network, is working with the Canadian bishops to launch an appeal to send support to its Caritas partners in the Middle East.

Ko Din is reporter and youth editor of The Catholic Register in Toronto.

PREVIOUS: Special Olympians show world that ‘every person is a gift,’ pope says

NEXT: Victims want more action against Sodalitium abusers, including founder