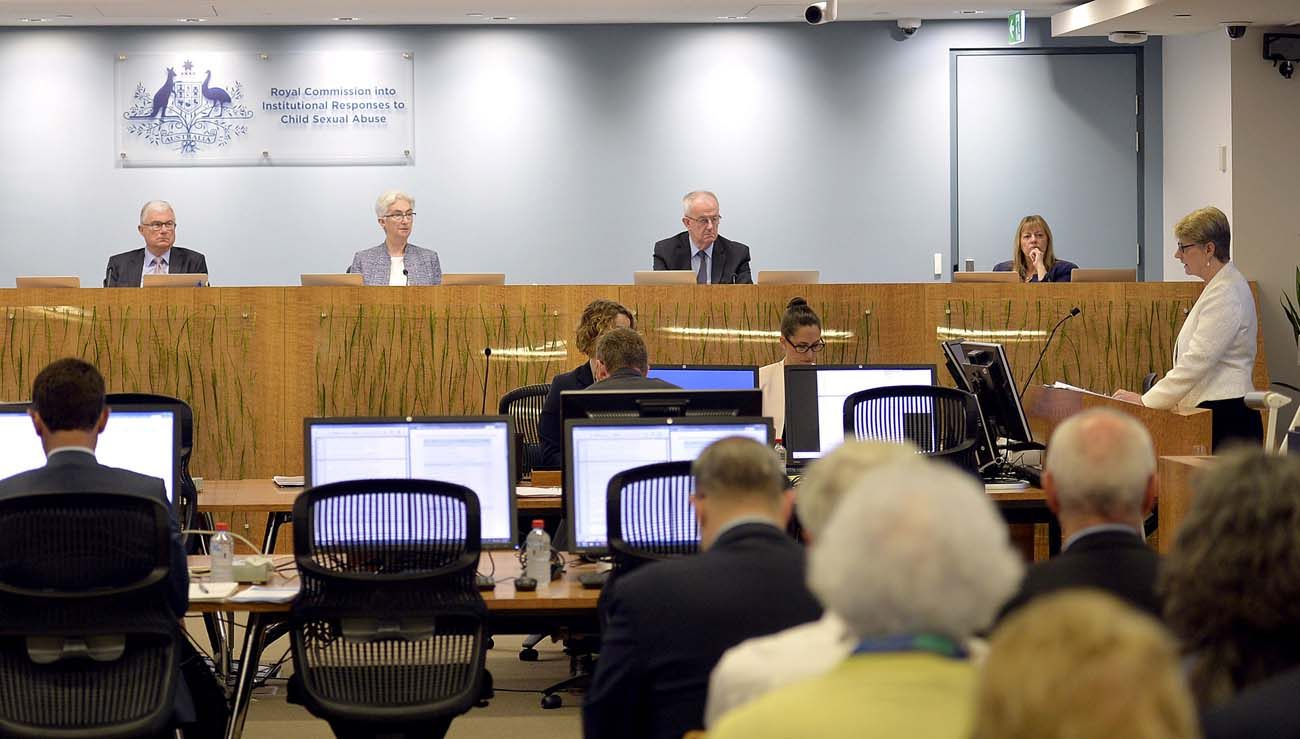 SYDNEY (CNS) — Australia’s Royal Commission into Institutional Responses to Child Sexual Abuse kicked off a three-week “Catholic wrapup,” expected to discuss the church’s theology and doctrine, structure and governance, including the role of the Vatican and canon law, and issues like celibacy, confession and more.

At the opening session Feb. 6, Gail Furness, senior counsel assisting the Royal Commission, reported on summary data which showed that between January 1980 and February 2015, 4,444 people made allegations of child sexual abuse that related to more than 1,000 institutions. The statistics did not differentiate between allegations and proven cases.

The Catholic Weekly, newspaper of the Archdiocese of Sydney, reported that of the 1,880 alleged perpetrators identified, 592 were religious brothers, 572 were priests, 543 were laypeople and 96 were religious sisters. Considered as an overall percentage of those serving between 1950 and 2010, 7.9 percent of diocesan priests and 5.7 percent of religious priests have had allegations made against them, making a total of 7 percent of priests overall, the newspaper reported.

Sydney Archbishop Anthony Fisher, who is expected to appear before the commission at some stage of the proceedings, called revelations from the first day of hearings “harrowing” and said he “personally felt shaken and humiliated by this information.”

“The church is sorry and I am sorry for past failures that left so many so damaged,” the archbishop said in a statement Feb. 6. “I know that many of our priests, religious and lay faithful feel the same: As Catholics, we hang our heads in shame.”

The archbishop noted the Royal Commission would focus on two main issues: “what factors caused or contributed to historical child sex abuse cases in the church and failures to respond adequately; and what the church has done or plans to do to address this by way of changes to structures, policies and culture, the discernment of priestly and religious vocations, formation and supervision of those engaged in ministry, and so on.”

“The coming weeks will be traumatic for everyone involved, especially the survivors,” he said. “I remain determined to do all we can to assist those who have been harmed by the church and to work toward a culture of greater transparency, accountability and safety for all children.”

The archbishop published phone numbers for counselors and for the church’s safeguarding office and encouraged those bothered by what they heard to talk to their parish priest, or for priests to talk to their superiors. Although most of the charges mentioned in the study were in the 1950s, ’60s and ’70s, Archbishop Fisher encouraged anyone alleging sexual abuse to contact police.

“I am convinced that at the end of the humiliation and purgation through which we are presently passing, we will be a humbler, more aware and more compassionate church in this area,” he said. “But we are on a journey and there is still much to do: for this we are grateful for the patient study and professional guidance of the Royal Commission.”

The Catholic Weekly reported that “Furness described the cases the commission has looked at so far as ‘depressingly similar,’ where children were ignored or punished, allegations not investigated, priests and religious moved and documents destroyed. She said that many children suffered then, and continue to suffer as adults, because of this.”

Furness reported getting documents requested from the Vatican concerning John Gerard Nestor, a former priest accused of abuse, but said the commission did not receive documents related to a more general response for all cases of abuse in Australia. The commission has criticized how long it took church officials to remove Nestor after allegations of abuse against him.

In response to the government’s establishment of the Royal Commission in 2013, the Australian bishops’ conference and Catholic Religious Australia established the Truth, Justice and Healing Council.

Francis Sullivan, CEO of the council, told the Royal Commission hearing Feb. 6 he was grateful for and admired those victims to came forward to tell their stories.

Sullivan, former secretary-general of the Australian Medical Association who has a master’s degree in theology from Loyola University in Chicago, reminded commission members of changes the church in Australia has implemented in response to commission findings.

During the hearing, commission members and expert church witnesses engaged in a discussion of whether mandatory celibacy could be linked to sexual abuse.

They also discussed the church’s culture and governance, with Marist Father Michael Whelan, director of the Aquinas Academy, describing it as a culture of empire-building, always presenting the best face. Clericalism treated priests as superior to laypeople, he said.

The Catholic Weekly reported Father Whelan called for more transparency in the appointment of bishops, more women involved at every level of ministry, and laypeople involved in seminary formation.

Father David Ranson, vicar general of the Diocese of Broken Bay, said the church must have the humility to learn from the Royal Commission, but noted that recommendations needed to be realistic and feasible. He said the commission would not be able to change the structure of the universal church, but added that the commission’s work needed to be a catalyst for a continuing inquiry within the church itself.

NEXT: Culture of life the only answer to throwaway logic, pope says