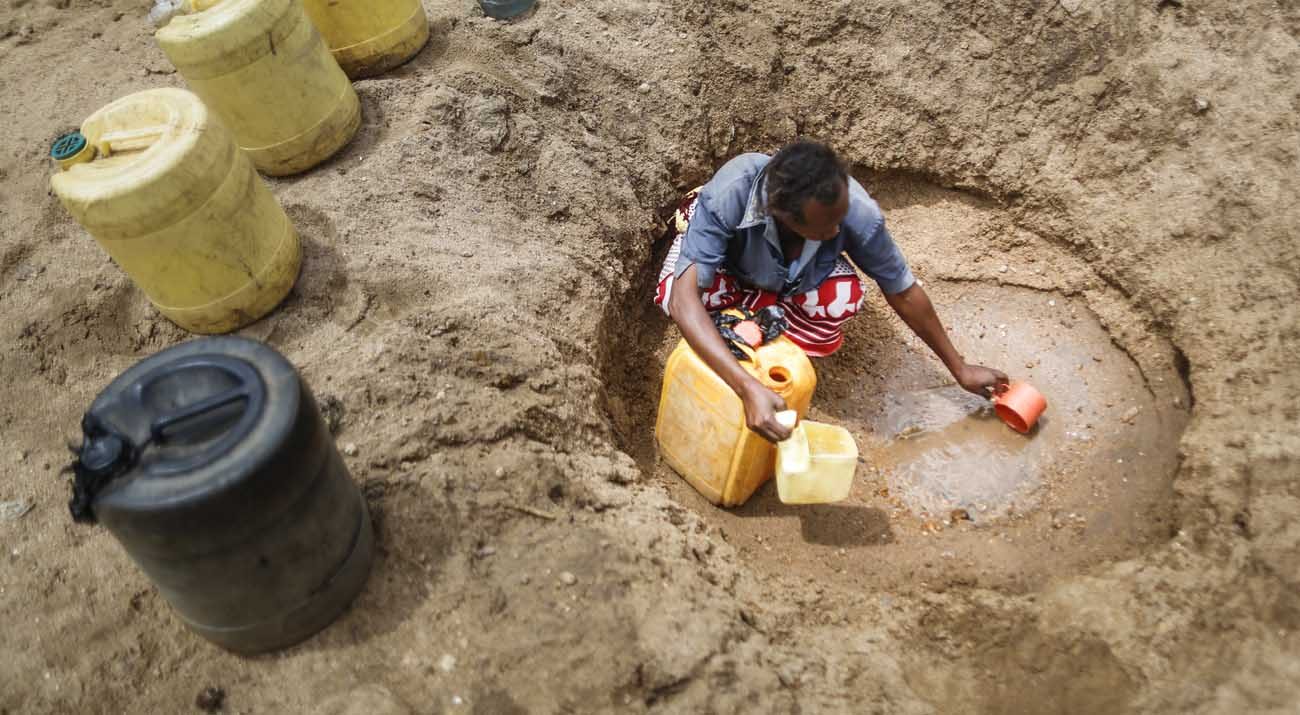 A woman scoops water in 2015 from a hand-dug well in a dry riverbed near Matinyani, Kenya. Kenya's Catholic bishops are appealing to the international community for relief food because of a recent drought. (CNS photo/Dai Kurokawa, EPA)

The bishops appealed for food relief Feb. 7, in an effort to get help from other countries. Reliefweb, a specialized digital service of the U.N. Office for the Coordination of Humanitarian Affairs, said in the last year, Kenya’s food insecurity had nearly doubled, so that now 1.25 million people are affected. The drought has also affected livestock and wildlife in 23 of Kenya’s 47 counties.

On Feb. 10, Kenyan President Uhuru Kenyatta declared the drought a national disaster and said the government had allocated $105 million to fight it. Observing that all purchases of food and other items would be made in a transparent way, he said he would “not tolerate anybody who would try to take advantage of this situation to defraud public funds.”

The bishops said they were receiving reports from diocesan and parish officials with “tales of suffering, desperation, hopelessness and in some cases, imminent loss of life.” They said as many as 2.4 million Kenyans were in dire need of food; the Kenyan Red Cross says 2.7 million people face starvation if more help is not provided.

The bishops encouraged contributions through Caritas, the church’s charitable agency.

Most of the countries in East Africa have been badly affected by the drought, which officials say was exacerbated by last year’s El Nino weather phenomenon.

In Somalia, for example, nearly half the population is suffering from food shortages, and the U.N. says there is a risk of famine in several parts of the country.