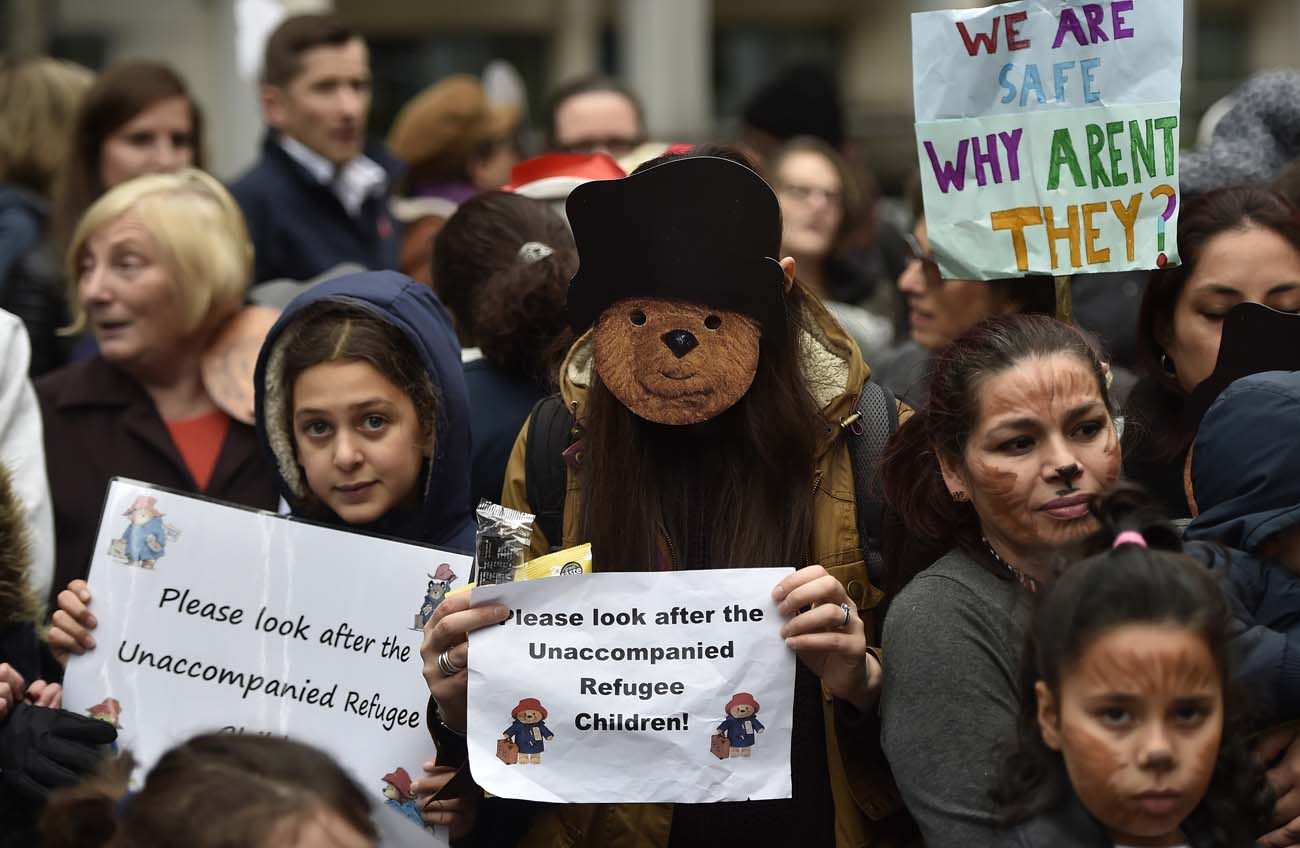 MANCHESTER, England (CNS) — The president of the Bishops’ Conference of England and Wales has asked the British government to review its decision to limit the number of unaccompanied child refugees it accepts from Europe.

Robert Goodwill, Britain’s immigration minister, told the House of Commons in London that local authorities lacked the capacity to accept the proposed number of 3,000 unaccompanied child refugees. He said there was room for little more than 400 unaccompanied refugee children, with 200 already relocated in the U.K. under the plan. The children are predominantly Syrian, and many of them have congregated around the French port of Calais in the hope of finding a way across the English Channel into Britain.

In a Feb. 12 statement, Cardinal Vincent Nichols of Westminster said that in the eyes of many people, the government was “abandoning its statutory and moral duty to take effective action for the protection of vulnerable, unaccompanied child refugees.”

“If this is the case, then it is truly shocking,” he said.

“I urge the government to look again at all available resources and to work with renewed vigor, internationally and at home, to support and enable programs to assist these vulnerable children,” he said.

“To neglect these unaccompanied children is to leave them extremely vulnerable to human trafficking with all its terrible consequences,” the cardinal added. “I ask the home secretary to review urgently the decision and to honor the original intention.”

The government had been compelled to relocate a “specified number” of child refugees by Section 67 of the 2016 Immigration Act, a clause known as the “Dubs amendment” after Alfred Dubs, the Labor member of the House of Lords who introduced it. Lord Dubs, who is Jewish, was rescued from Czechoslovakia as a child shortly before the country was overrun by Nazi Germany. He was given a new home in Britain.

The amendment was supported by Lord (David) Alton of Liverpool, a Catholic, who said in a Feb. 10 statement emailed to Catholic News Service that he was “dismayed and saddened that the government has reneged on its promise to help these children.” He said Europol, the law enforcement agency of the European Union, told him that “10,000 unaccompanied children have simply disappeared.”

“What has been their fate and what does our indifference say about us and our priorities?” said Lord Alton.

“To end the scheme now, when such a small proportion have actually entered the country, is regrettable,” he said in a Feb. 9 statement published on his website.

“We must resist and turn back the worrying trends we are seeing around the world, toward seeing the movement of desperate people as more of a threat to identity and security than an opportunity to do our duty,” he added. “We cannot withdraw from our long and proud history of helping the most vulnerable.”

A legal challenge to the decision is being brought by the Help Refugees charity and is likely to be heard in the High Court in early May.

Defending the decision to halt the plan, Amber Rudd, the home secretary, told the House of Commons Feb. 9 that the Dubs amendment was encouraging human trafficking and that French authorities wanted an end to it.

“I am clear that when working with my French counterparts, they do not want us to indefinitely continue to accept children under the Dubs amendment because they specify — and I agree with them — that it acts as a draw, it acts as a pull, it encourages the people traffickers,” she said.

The government has also argued that the plan was just one of about eight mechanisms for resettling refugees. Another plan involves the relocation of about 20,000 refugees directly from camps in the Middle East, and this resulted in 8,000 vulnerable people being settled in the U.K. in 2016.

But Mark Wiggin, chief executive of Caritas in the Diocese of Salford, said he believed U.K. charities and local authorities together had the capacity to take many more refugees under the Dubs amendment.

“We are not talking about a massive number of people,” he told Catholic News Service in a Feb. 14 telephone interview. “Yes, given the opportunity we would welcome unaccompanied minors into this country.”

“We are incredibly concerned about them, because in all sorts of ways they are vulnerable people who have been very much without parental guidance and care, often for a long time. They really do need a lot of looking after on that basis alone,” he said.