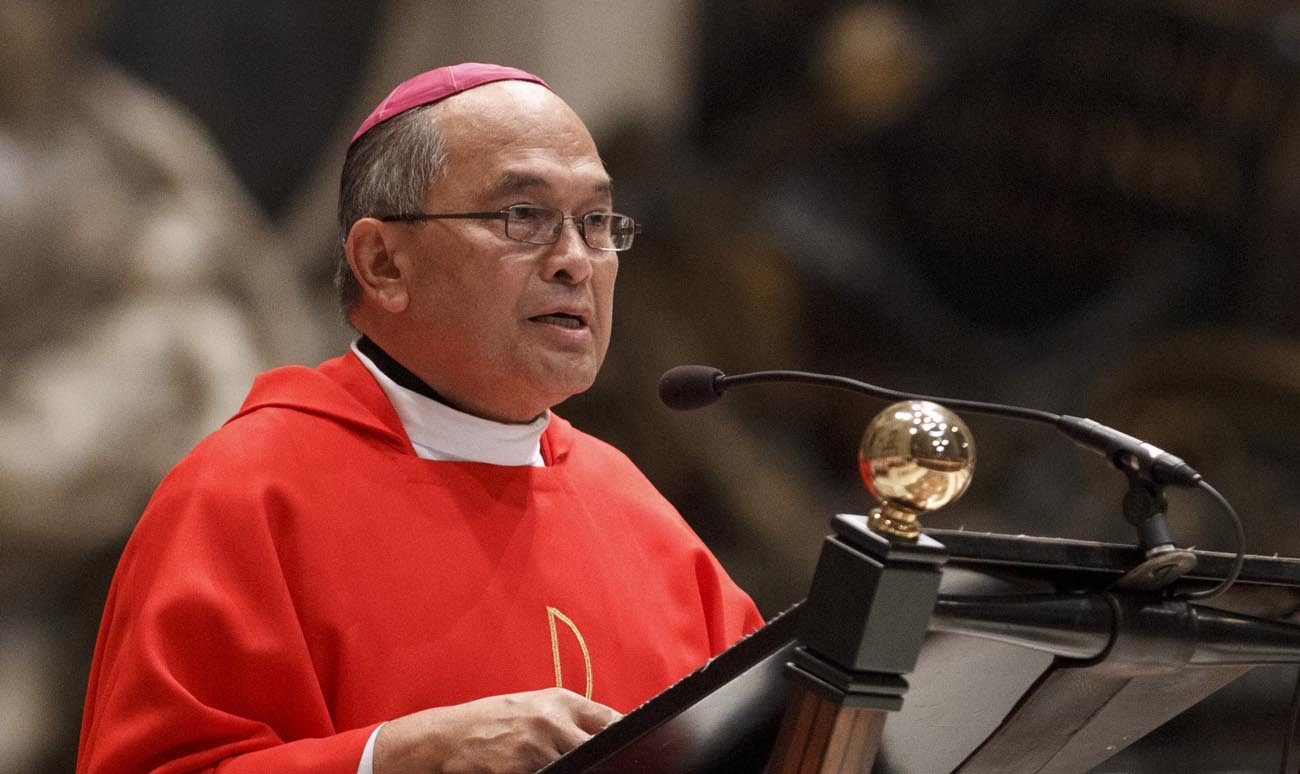 The Vatican press office confirmed a “tribunal of the first instance” was constituted by the Vatican Oct. 5 and its presiding judge is Cardinal Burke. Four other judges, all of whom are bishops, also were appointed, the press office said.

“When an action is in a ‘first instance’ court, that indicates that it is in the initial trial phase,” according to the website of the Congregation for the Doctrine of the Faith, which handles accusations of clerical sexual abuse.

Three men have publicly accused Archbishop Apuron of sexually abusing them when they were altar boys in the 1970s. The mother of a fourth man, now deceased, also accused the archbishop of abusing her son.

Roland Sondia, who works for Pacific Daily News and is one of Archbishop Apuron’s accusers, told the newspaper that he had received a letter from Cardinal Burke requesting his presence at the Agana archdiocesan chancery Feb. 16 “for the purpose of giving said testimony.”

At a news briefing Feb. 10, according to Pacific Daily News, Archbishop Byrnes announced the archdiocese would adopt the U.S. Conference of Catholic Bishops’ Charter for the Protection of Children and Young People. Accusations of clerical sexual abuse involving minors automatically would be reported to civil authorities, he said.

Also at the briefing, the archbishop confirmed that Vatican investigators would visit Guam, but he provided no further information.

NEXT: God will ask an account for blood spilled in today’s wars, pope says